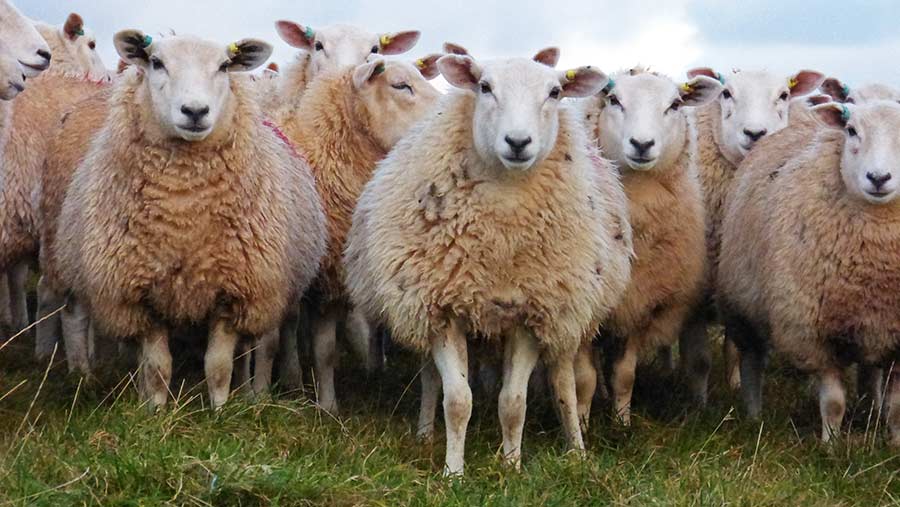 The lessons learned by a north Devon family are being used by flock health experts as a warning to others about the importance of maedi visna (MV) testing.

A difficult decision to cull the entire 450-head flock at Higher Westland, South Molton, this summer followed a decade of underperformance, with some age groups 74-85% MV positive.

Hugh, Barbara and Helen Thomas suspected something was holding back the farm’s flock of bought-in North of England Mules and Mule cross Suffolks, but were at a loss to explain it.

Ultimately, the flock was sent to an abattoir and replaced with Lleyn sheep so the Thomas family could breed their own replacements and minimise the risk of MV being reintroduced.

Because of MV’s long incubation period, the Thomas family can’t be sure about the source of the MV infection.

“When we finally tested a group of thin ewes and found it was MV it was a shock, but also, in some ways, a relief,” explains Hugh.

He had suspected Johne’s, after the family addressed trace element deficiencies and Haemonchus contortus and fluke issues.

“When your sheep aren’t performing, you worry that you are the problem.”

However, flock benchmarking with Mike Glover and Elizabeth Nabb of Torch Farm Vets highlighted that the flock was rearing a mere 1.25 lambs a ewe.

“We repeatedly found sheep were being put to the tup in good condition, but not scanning well,” Hugh adds. “Then there were sheep that couldn’t put condition on after weaning.

“We then had first-year full mouths that were looking older than their age and we saw younger ewes that were ageing before their time.” 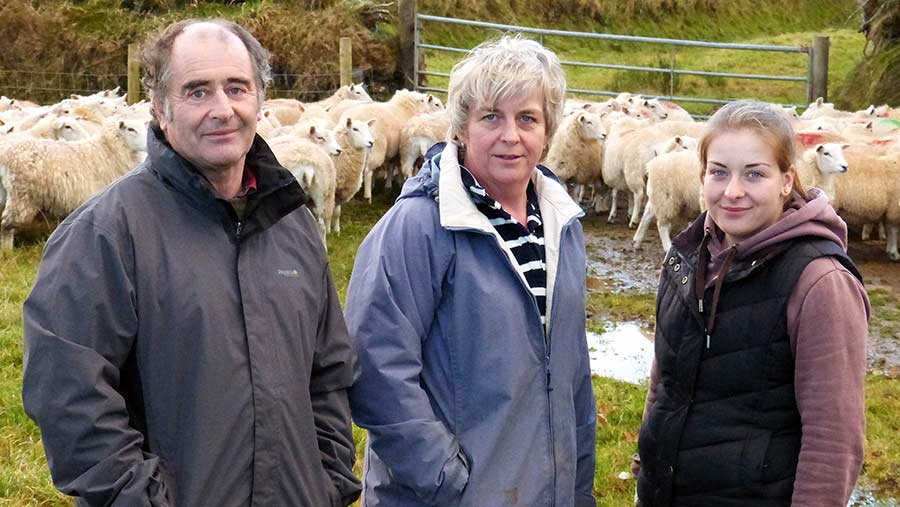 A diagnostic screening was suggested by Mr Glover, which involved taking blood samples from 12 sheep of different ages in poor condition.

Of the 12 samples (taken in September 2015), eight returned positive for MV. A further three tests done in the following months meant 148 sheep were tested overall. Of these, 86 were MV positive (58%).

At this stage it was decided that culling the flock was the only option, as farm layout and flock logistics meant clean and infected flocks could not be segregated.

“MV is such a horrible disease because it takes so long to develop. The symptoms are many and varied and very often a sheep has MV for years without showing any symptoms.”

Higher Westland has been restocked this autumn with 446 Lleyns (124 ewe lambs, 308 two-tooths, 14 six-tooths) of which only about half were sourced from MV-accredited flocks.

“I was keen to buy MV-accredited sheep, but they were in demand and commanded a premium. They also tend to be sold in small lots through the society sales, making it hard to source large numbers from the same holding,” says Hugh.

He bought his Lleyns both privately and at sales in Exeter and Welshpool.

“While I certainly aim to be MV accredited in the future and test thoroughly for it, much fencing will need doubling up, which will mean about a kilometre of fencing.”

Vets Mr Glover and Ms Nabb have reason to believe MV could be a bigger problem than industry surveillance suggests.

The most recent Animal and Plant Health Agency (APHA) sampling of the UK industry showed the number of infected flocks had doubled in 15 years to 2.8%.

During this time, the number of infected sheep had quadrupled to eight per thousand, which within infected flocks had risen to 24% of stock.

This contrasts with the 0.2% of breakdowns confirmed in the 2,700+ UK MV-accredited flocks.

This includes the flock of Brooksby Melton College, which culled 380 North of England Mule ewes back in 2010 and restocked entirely with MV-accredited Lleyns.

In Mr Glover’s view, an early-warning system is vital for effectively managing “iceberg” diseases such as MV and Johne’s before producers are forced to take drastic steps and cull flocks.

“It was through flock record-keeping that we were able to see that something was awry with the Thomas’ flock,” explains Mr Glover.

“Scanning at 155%, the prolific Mule is clearly underachieving by about 30% when we compared it with the AHDB stocktake benchmark.”

“We would encourage farms to screen a sample of 12 ewes each year through the SAC diagnostic screening programme. High-risk sheep are those that are thin or old and a sample could be taken either post-scanning or post-weaning – it could be something you develop with your vet as part of a flock health plan.”

Managing a minor case of MV

“With a good summer and autumn for grass growing, many farms have had every chance to put condition on ewes after weaning.

“And while fluke, Johne’s and many other factors could be to blame for thin sheep, it could also be MV,” explains Ms Stubbings.

Her advice is not to “bury your head in the sand”, but to act quickly to reduce the level of challenge if it is there.

“All my clients are advised to test for MV.”

Because of its wasting effect on sheep and long incubation period, thin ewes and old ewes should be blood tested to get a handle on the condition, she adds.

Ms Stubbings believes the actual number of farms with MV-infected sheep could be higher than the industry realises due to many flocks going untested. However, she reassures producers that a few positive cases does not necessarily mean a flock cull.

She has found the disease can be controlled if flock managers understand that older sheep mean higher risks.

What is MV – does it only affect old sheep?

MV is a fatal, chronic infectious viral disease with no treatment or vaccination. The main routes of transmission are through colostrum, nose-to-nose contact and respiratory secretions.

If sheep are infected, the test will pick it up at any age. However, the disease is slow to develop and antibody production is four to six months after infection. Focusing on old or thin sheep will increase your chances of finding MV in your flock.

Is there any evidence that sheep can build resistance/immunity to MV?

MV develops slowly over many months and is ultimately fatal.

How does the MV test work?

By using a blood sample, SAC laboratories conduct an Elisa test and Agid as conformation. It is a very good and accurate test.

I want to become MV accredited. Does this mean I must have double fencing?

Not necessarily. Key to the MV rules are that nose-to-nose contact between MV-accredited and non-accredited sheep is not allowed (2m seperation).

A high wall, road or river can be a sufficient boundary.

MV accreditation is not practical for me. I have lots of sheep farming neighbours and an extensive/hefted flock systems and also buy in draft sheep and rams. Is there an intermediate status recognised by the industry?

There is not, but it is something we could look into as an industry in the future. By screening/testing a proportion of cull ewes each year, farmers can allay fears and make sure their own flock health and productivity is safeguarded, as well as their customers’.