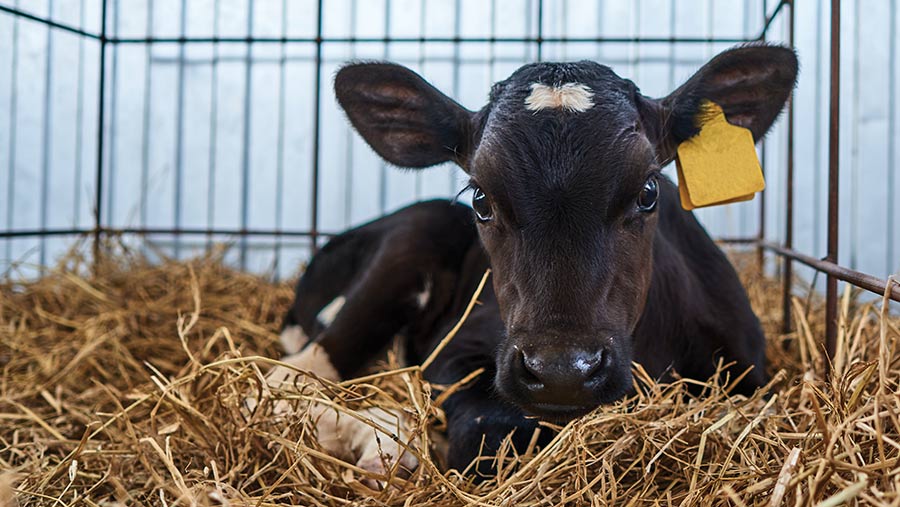 Johne’s disease is a chronic disease that causes cattle to waste and die, typically from the ages of three to five years old. Once an animal contracts Johne’s, treatment is futile.

Therefore, the approach needs to be to eliminate infected animals as soon as possible and break the transmission between infected and susceptible cattle.

Vet Kaz Strycharczyk, of Black Sheep Farm Health, answers some of the key questions about the disease.

The disease is caused by Mycobacterium avium subspecies paratuberculosis, known as MAP. It is closely related to the bacterium that causes bovine and human TB, and shares the resilience and tenacity of its cousins.

It is shed in dung and milk and can survive for up to a year on pasture. It affects other mammals, including sheep, goats, deer and rabbits.

It is widespread – data from south-west England in 2006 found that 97.9% of dairy farms and 78.9% of beef farms had Johne’s-positive cattle.

How does the disease present in cattle?

Affected cattle lose condition despite good appetite, with a characteristic bubbly scour. The final stages of the disease are often precipitated by a period of stress, such as calving.

Another characteristic it shares with bovine TB is the protracted period between infection and actual signs of disease, often measured in years. It also takes a long time before the bacteria are detectable in laboratory tests from infected animals.

For this reason, no farm is described as “Johne’s-free”; instead we talk of risk levels. These levels are in comparison with other diseases such as bovine viral diarrhoea (BVD) or leptospirosis, from which we can declare freedom with reasonable confidence.

How can it be managed?

The control of Johne’s on cattle farms is swiftly moving into the mainstream, as both breed societies and farm assurance schemes recognise the value and start to make testing compulsory.

Most dairy farmers should now be familiar with the National Johne’s Management Plan (NJMP), as most milk purchasers – representing about 80% of milk bought in the UK – now require suppliers to commit to deliver on the NJMP’s recommendations.

While there are costs associated with membership and laboratory fees, these are outweighed by the benefits, even when the disease is at a low level in the herd.

A cheaper but more reactive alternative would be to test any suspect animals – any adult cattle which lose condition and/or start scouring. The causes of scouring in adult cattle are relatively few, and cases should not automatically be chalked up to liver fluke.

Can you vaccinate against it?

A Johne’s vaccination exists and there is great scope for wider use of this vaccine in UK sheep. However, the vaccine interferes with the bovine TB skin test and so its use in cattle in the UK is a last resort and only with strict veterinary supervision.

How prevalent is it in the sheep sector?

Very few sheep flocks test for Johne’s, but it is estimated that about two thirds of UK flocks are infected.

We still have a lot to learn about how Johne’s is transmitted between cattle and sheep on farms which co-graze.

Given that uncertainty, it seems prudent to manage potential routes of infection by performing cull ewe screens to monitor the Johne’s level in the sheep flock, using the Johne’s vaccine to reduce shedding, and keeping calves off sheep-grazed pasture for as long as you can.

Each month, we bring practical independent advice from an XLVets practice on a range of different subjects. This month Kaz Strycharczyk, of Black Sheep Farm Health gives advice on Johne’s. Kaz joined Black Sheep  in 2018 and has been involved in a calving nutrition study with the University of Edinburgh, and run several ‘Mastering Medicines’ courses.