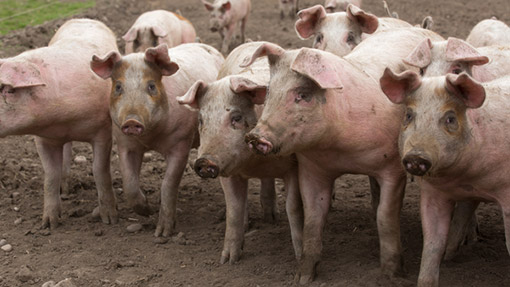 More than 10,000 pigs are to be culled after an outbreak of foot-and-mouth disease in one of Russia’s main pig production regions.

Vets decided to cull all livestock on a farm in Primorsk, in the far east of Russia, after more than 4,000 animals showed signs of the disease and more than 2,500 died.

Officials said they were culling all the animals because the disease had spread so quickly among livestock since being confirmed last week (21 May).

Sergei Sidorenki, the region’s vice-governor, said the infected animals were initially going to be treated, but more extreme measures were needed to contain the disease.

“When the virus first hit the complex there were 13,448 pigs of different ages,” he said.

“More than 2,500 animals have died and we are continuing to see new signs of pig mortality.

“We previously considered a treatment option, but it increases the possibility that infection could get beyond the farm’s territory,” he added. “[That is why] we decided to destroy all the livestock.”

Officials said the farm would be put under quarantine for three weeks before being disinfected. The unit could then be restocked after two months.

A large-scale vaccination of other livestock in the region will be carried out over the next few days in a bid to contain the disease, they added.

Primorsk is one of Russia’s most significant pig-producing areas, with plans for a 500,000-head pig production “cluster” unveiled earlier this year.

The $1bn project, which aims to increase pork production by 80%, increase exports to Asia and increase self-sufficiency in the region, includes six pig farms, a feed mill and a genetics centre.

The development also includes 7,000ha of arable land to produce more than 185,000t of soya bean and corn for animal feed.