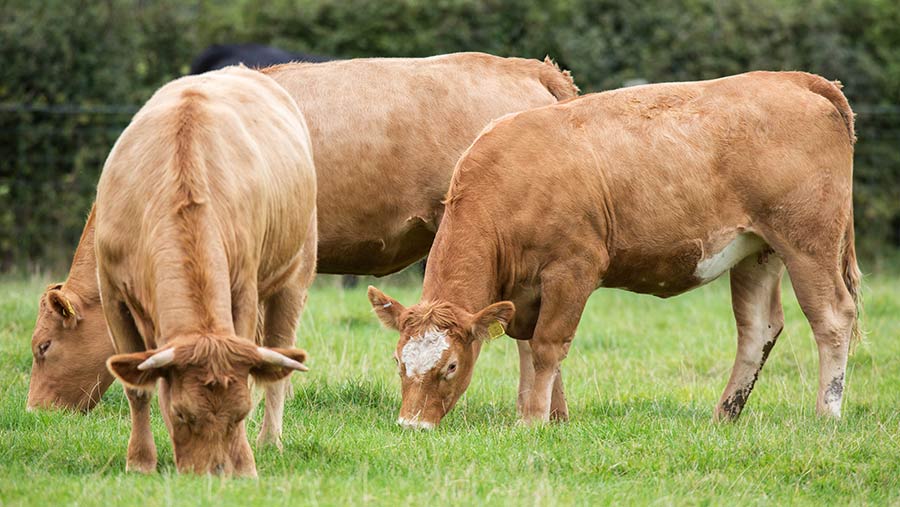 More than 30% of the English cattle breeding herd has signed up to a scheme to tackle bovine viral diarrhoea (BVD) in beef and dairy cows.

BVD, a highly contagious viral illness, is one of the biggest disease issues facing the UK cattle industry and is estimated to cost about £61m a year nationally.

It is one of the most damaging cattle diseases in terms of economic cost and welfare, and causes abortion, infertility, failure to thrive and death.

See also: Identify, treat and control BVD in your herd

All farmers with breeding cattle have been urged to join BVDFree, a voluntary industry-led scheme working to eliminate the disease from all cattle in England by 2022.

Lorna Gow, BVDFree project manager, said: “More than 4,500 herds have signed up and it’s fantastic that we have managed to reach 30% of the national breeding herd.

“It indicates we are well on our way to reach our goal of making England free of BVD.”

It can be transmitted across the placenta from cow to calf, resulting in permanently (persistently) infected calves being born with the virus.

These animals excrete large amounts of the virus their whole life, so identifying and removing them is key to the success of disease control.

Transmission during pregnancy can cause abortion and death.

The scheme was launched in July 2016 and is built around a national database, which holds the BVD status of animals tested under the programme.

An individual animal’s BVD status can be found by entering its tag number, or an entire herd’s status can be discovered using the farm’s CPH number.

The key to eradicating the disease is to identify all animals persistently infected (PI) with the virus and remove them from the national herd, and prevent the creation of new PI stock.

PI cattle are virus emitters for life and will infect any cattle they come into contact with, causing immunosuppression, which leads to diseases on farm having a more damaging effect.

BVDFree England wants to get legislation in place by early 2021 that stipulates farmers with breeding stock must know their herd’s status.

For more information about the scheme, visit the BVDFree website.

The campaign is working with similar BVD-eradication programmes in Scotland and Wales.

In Northern Ireland, an industry-led scheme to eliminate BVD has been supported by legislation since 2016.

Beef and dairy farmers are required to tag and test all newborn calves, and the movement of BVD-positive animals between herds is prohibited.

In April, the Department of Agriculture, Environment and Rural Affairs (Daera) announced that tougher penalties will be enforced on farmers who do not comply with the 2016 BVD Eradication Scheme Order.

Herds with significant numbers of untested animals born since 1 March 2016 will be contacted and given a 30-day deadline to have animals tested. Failure to do so may result in prosecution, Daera warned.