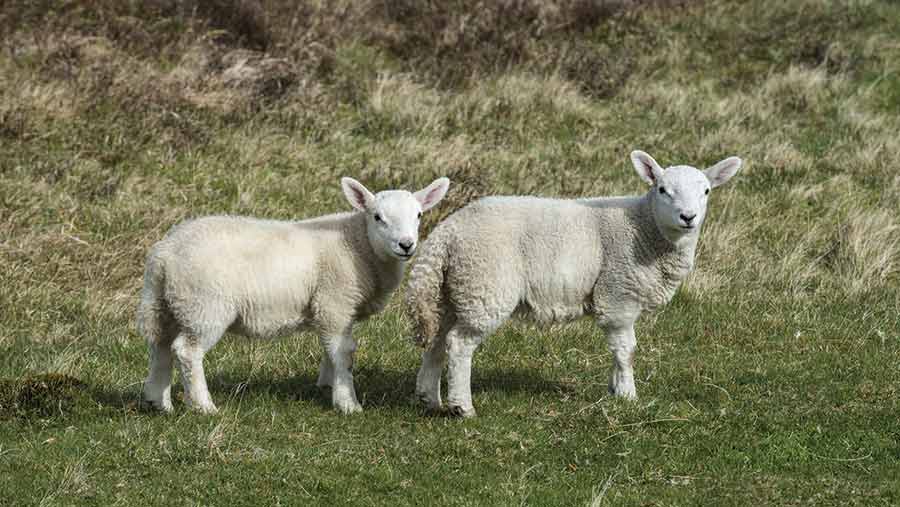 Sheep farmers in Scotland and north of England are being urged to treat newborn lambs ahead of the delayed hatch of nematodirus eggs.

In its latest Parasite Forecast, the National Animal Disease Information Service (Nadis) warns that cold weather in northern parts of the UK throughout April may have delayed hatching of Nematodirus battus larvae.

But with temperatures rising across the UK, livestock are at greater risk of parasitic disease, it says.

Lambs born in March and April in the north of England and Scotland are particularly susceptible, says Sioned Timothy, veterinary adviser for Merial Animal Health, which sponsors the Nadis forecast.

“Variations in spring temperatures across the UK means that hatching of Nematodirus battus larvae in the northern half of England and Scotland may be up to two weeks later than in the south,” she says.

“So, while sheep farmers in southern England may have experienced an early hatch and have already drenched susceptible lambs, farmers in the north and in Scotland should prepare to do this in May.”

See also: Sheep farmers told to be on guard for nematodirus

Lambs grazing contaminated pasture that are yet to receive preventative treatment for nematodirosis should be prioritised, she adds.

“Lambs born later in March and April will likely face a significant challenge during May as larvae hatching coincides with increased intake of grass.”

Nadis also recommends farmers keep a close eye on breeding rams, which it says are at greater risk of parasitic gastroenteritis (PGE) than ewes as they often graze the same contaminated pasture each year.

Regular monitoring of faecal egg counts will indicate the need for treatment in breeding rams, it says.

Cattle in their second grazing season could also be susceptible, Ms Timothy warns.

“While first-season calves and heifers often receive worm treatments, cattle in their second grazing season must not be forgotten,” she says.

“Depending on previous season’s management strategies these animals may not be fully-resilient to gutworms and are at risk of disease. Careful monitoring of growth rates will indicate the need to worm this group of animals.”