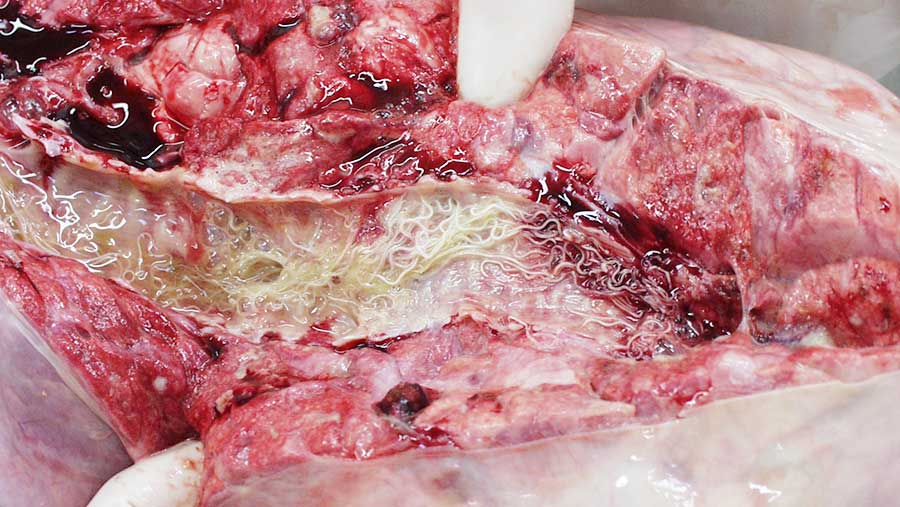 Beef and dairy producers are being urged to watch for early signs of lungworm infection in adult cattle as well as youngstock.

Recent warm weather followed quickly by rainfall has created the “perfect conditions” for lungworm larvae to thrive on pasture, according to Merial Animal Health.

It says outbreaks of lungworm infection – also known as husk – are likely to be seen across the UK in the coming weeks.

If early signs aren’t identified quickly, significant production losses could result. With the loss of milk production, reduced fertility, and the cost of lab diagnosis, treatment and disposal of dead animals, lungworm can cost farmers up to £137 per animal, it estimates.

While youngstock are traditionally more susceptible, even adult cattle immune through low-level exposure to larvae can succumb to infection when the number of larvae present on pasture increases.

It is also difficult to diagnose at an early stage, says Sioned Timothy, veterinary adviser at Merial Animal Health.

“The initial signs of coughing can be confused with other respiratory diseases such as Infectious Bovine Rhinotracheitis (IBR), particularly in older cattle, but it’s important not to overlook the risk of lungworm in cattle of all ages as delays in treatment can hit productivity hard,” she says.

Merial recommends farmers keep an eye out for:

Vaccinating youngstock and adult cows before spring turnout is an effective method of preventing infection, the company says.

But in response to early signs of disease in adult cattle, Ms Timothy recommends wormer treatment.

“Vigilance is required for this approach to be effective and ensure cattle are treated before outbreaks of severe disease and associated lung damage occur,” she says.

“Cattle should be treated as soon as possible with a suitable anthelmintic, ideally one that has prolonged activity against reinfection to allow lungs time to recover. It’s vital that the whole herd is treated as some infected animals will not show obvious clinical signs but will still suffer from impaired performance.”