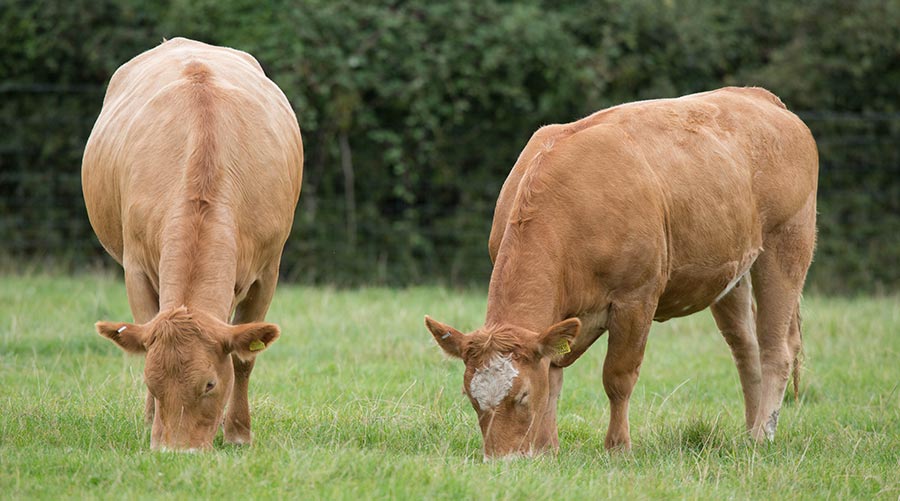 In the past two decades, lungworm cases have increased tenfold, according to a report published by researchers at the University of Liverpool.

A change in climate allowing for extended grazing seasons and a reliance on long-acting anthelmintics for lungworm control were found to be the main cause of the high levels of infection.

Vaccination before turnout allows cattle to develop short-term immunity until longer-lasting cover can develop naturally through cattle ingesting lungworm larvae while grazing, explains Catherine McCarthy, who has recently completed a PhD on the epidemiology of lungworm at the University of Liverpool.

In comparison, preventative wormers only provide temporary protection against lungworm (four to five months) and can leave cattle at risk towards the end of the grazing season.

“While preventative worm treatments have their place in practice, farmers should be thinking ahead and vaccinate for long-term control,” Dr McCarthy recommends.

Dr McCarthy advises that newly vaccinated cattle are placed on to lungworm-contaminated pasture at turnout if possible. This will help boost immunity generated by the vaccine.

“It is best to speak to the vet or SQP for advice on farm-specific anthelmintic control plans. But it is good to remember that every time a farmer avoids using a wormer, it creates a good opportunity for cattle to create their own immunity.

Since the farm is spring-calving and turning out slightly later in the season, the bolus wormers should protect first-season calves for the duration of the grazing period (with most wormers typically lasting four to five months).

However, second-season grazers are at risk if they haven’t built immunity during first-season grazing and have a longer grazing season. The farmer needs to be aware of how long protection provided by the bolus wormer lasts compared with the length of the grazing season.

Vaccinating is most beneficial for the second-season grazers, especially since they are at high risk from the neighbouring farm. Make sure the continuous-release bolus is given at least two weeks after the second dose of vaccine.

There are several reasons the wormers might not be seen as effective, including: resistance, incorrect dose or timing, variable immunity due to the sporadic worming pattern, the wormer not protecting through the duration of the grazing season or an overwhelming infection pressure.

A faecal egg count reduction test (FEC-RT) before and after worming will help determine if the wormers are working.

Lungworm testing should also be carried out; the farmer should consult with their vet about which test is most suitable.

Vaccinate youngstock before their first grazing season. Boosters shouldn’t be required if they are exposed to a low level of continual infection while grazing.

This can be determined by the farm’s vet using a faecal Baermann test.

Wormers should still be used to control gut worms, but the farmer needs to discuss this with his vet to create a protocol for that farm based on test results.

Even though the farmer hasn’t seen any clinical signs of infection, the presence of lungworm larvae means the herd is at high-risk.

Vaccination is allowed in organic schemes if the problem has been diagnosed by a vet and the vaccination schedule is part of the farmers herd health plan.

The entire herd may need to be vaccinated this year depending on where and in which groups the lungworm larvae were seen.

To ensure immunity remains strong, the entire herd could be given a one-dose booster vaccine each year.

However, if there is a low level of infection to naturally boost immunity, only calves will need vaccination in the future.

Long-acting wormers are effective at removing gut and lungworms, however this means cattle are not able to build up lungworm immunity whilst grazing at pasture.

Therefore, they are not immune when they enter the adult milking herd and are at risk of lungworm infection at turnout.

Instead of relying entirely on long-acting wormers, the farmer could monitor FEC and only worm when needed to control gut worm. He could then use vaccination to provide immunity to lungworm.

If the farmer wants to continue using long-acting wormers, it is recommended to vaccinate the youngstock for lungworm before the grazing season, then if the lungworm burden on pasture is high, give the heifers a one-dose booster prior to entering the milking herd to ensure solid protection.

Lungworm vaccination can be used in conjunction with wormers if the wormer is given two weeks after the second dose of the vaccine.

It should be recognised that long-acting wormers can’t be used in the milking herd due to long milk withdrawal periods, and the use of short-acting wormers means they might have to be used frequently which may predispose to resistance.

Which cattle should be considered for lungworm vaccination?

How the lungworm vaccine works

Administered orally, lungworm vaccine contains irradiated lungworm larvae that work their way to an animal’s lungs in the same way lungworms would if ingested through grazing.

Because of this, vaccinated cattle may develop a slight cough temporarily when vaccinated as the larvae move towards the lungs.

Since the larvae are irradiated, they can’t fully develop. This allows the animal’s immune system to react and remove the larvae while developing immunity to protect them through the grazing season.

Vaccination can help create herd immunity to lungworm, but the oral treatment has to be given twice, four weeks apart, with the latter dose given two weeks before turnout.

Vaccinating against lungworm gives no protection against gut worms and the risk assessment for these types of worms must be done separately.