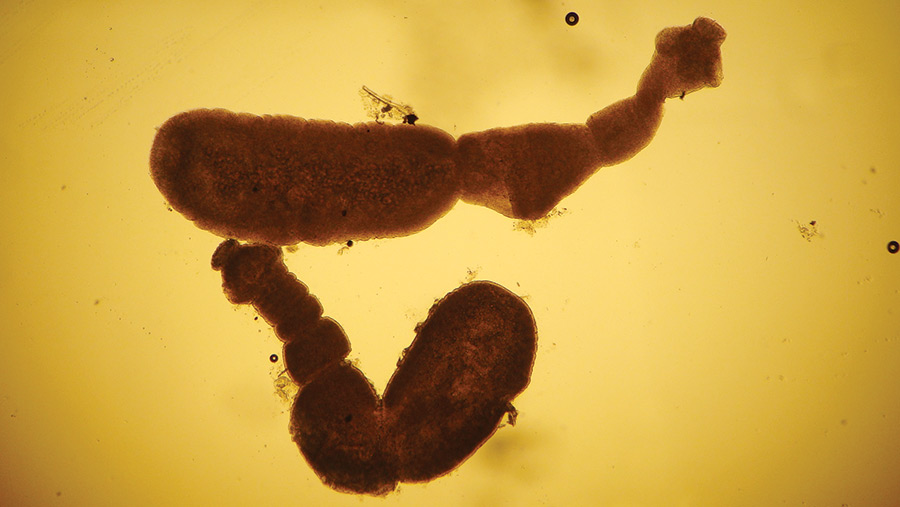 The Welsh government attempted to eradicate the disease by launching a voluntary control programme in the 1980s.

This saw supervised worming of dogs every six weeks, but it was dropped in 1989. Since then, the infection has grown and is seen as a Great Britain-wide problem.

The disease can infect dogs, sheep and humans. While cases remain very low, it does take a minimum of seven to 10 years for clinical signs to develop post-infection, so its prevalence could be much worse.

Ian Wright, head of the European Scientific Counsel Companion Animal Parasites (Esccap) in the UK and Ireland, answers some key questions on disease control and prevention.

What is hydatid disease and why is it important?

Hydatid disease is a serious zoonosis caused by the tapeworm Echinococcus granulosus.

Dogs are infected with the tiny tapeworms (only a few millimetres long) through the ingestion of cysts in sheep and cattle offal.

They then excrete tapeworm eggs in their faeces and the eggs can be ingested by sheep, causing infection.

Once ingested, the eggs hatch to larvae and form fluid-filled cysts that can develop in the bone, liver, central nervous system, lungs and heart of infected species.

As the hydrostatic pressure and space occupied by these cysts increases, pathological bone fractures and organ damage occur.

How widespread is hydatid disease?

E granulosus is not present in Ireland. In addition to Wales and the Western Isles of Scotland, where infection has long been established, however, there is evidence to suggest that it is endemic in other parts of Great Britain.

This would suggest that hydatid is present in areas of Great Britain other than Wales.

Further research is needed to pin down these areas, where people will be at higher risk of exposure.

The Hydata project being carried out by Marisol Collins at the University of Liverpool (looking for evidence of E granulosus in abattoirs and dog faeces) will give more data from across Great Britain later this year.

Can it be treated?

It is possible to remove cysts surgically after treatment with anthelmintics or drain cysts to reduce their size, but infection is often very debilitating, chronic in nature and can be fatal.

Are farmers at particular risk from hydatid disease?

If someone pats an infected dog, then touches their mouth, it can lead to them swallowing tapeworms. The same is true of contact with contaminated soil.

Farmers are thought to be at higher risk of infection than other people, because farm dogs that work with and live in close proximity to livestock are likely to have greater access to carcasses and offal carrying the parasite.

The disease cannot be transmitted between humans or contracted by a person who eats the meat of an infected animal.

What can be done to prevent it?

To complete its life cycle, E granulosus requires dogs to become infected through access to carcasses and raw offal, and for livestock to come into contact with tapeworm eggs shed in dog faeces.

By preventing either of these things from happening, the life cycle can be broken. Control can therefore be achieved by: