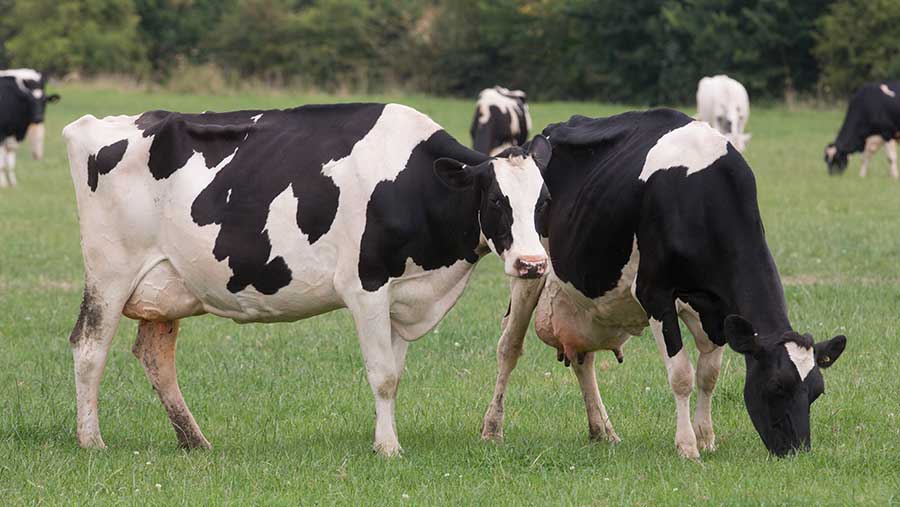 Lungworm is a parasitic infection of the bovine respiratory tract ingested from grazing contaminated pasture.

It is becoming more prevalent in cattle – both adults and youngstock and as farmers aim to graze for longer periods, to keep feed and bedding costs low, it’s important that they understand the parasite and how to control it.

The overall cost of an incident of lungworm per adult dairy cow is conservatively estimated at £140.

Zoetis vet Dave Armstrong explains more about lungworm, how it affects cattle and how it can be treated.

Lungworm is more commonly seen in first-year grazing cattle in summer or early autumn, although it is increasingly being reported in older cattle.

Where are they found/how do animals become infected?

However, the difference is that once ingested; the larvae migrate to the lungs where they develop into adults, which then produce eggs. The eggs are then coughed up out of the lungs and into the trachea before being swallowed. These are then passed out in the dung.

When are they most prevalent?

Disease is classically seen in older calves from July to October, approximately four months after turn-out to pasture. Left untreated, the disease may not be noted until after cattle are housed.

See also: Five things you need to know about lungworm before spring turnout

What age of cattle are mostly affected?

First-year grazing cattle are at most risk, although older cattle can also be affected.

Spring-born suckled cows that are with their dams until housing are often less at risk. However, first-season grazing dairy cows and autumn-born suckled beef calves can be susceptible when turned out in early summer.

Lack of exposure in young cattle may result in clinical disease in older cattle.

What are the symptoms of lungworm in cattle?

Parasitic bronchitis (husk), caused by lungworm, is a common respiratory disease of adult cattle in the UK.

Widespread coughing in a herd is a tell-tale sign, and mortality can occur in heavy infestations. Other symptoms include weight loss and laboured breathing. Fever may occur when there is secondary bacterial infection.

How can you prevent it and how should you decide what treatments to use?

A vaccine is available to protect against lungworm in cattle, or alternatively control can be achieved through use of an appropriate endectocide or anthelmintic treatment programme.

If the pre-housing anthelmintic treatment can be given some weeks before housing, this will help ensure calves are free of lungworm and therefore healthier, and less at risk of Bovine Respiratory Disease in the early housing period.

Some endectocides allow treatment up to five weeks pre-housing which, for convenience, could coincide with vaccination against the respiratory viruses. As always, it is important to speak to your vet about the treatment methods most appropriate for your herd.