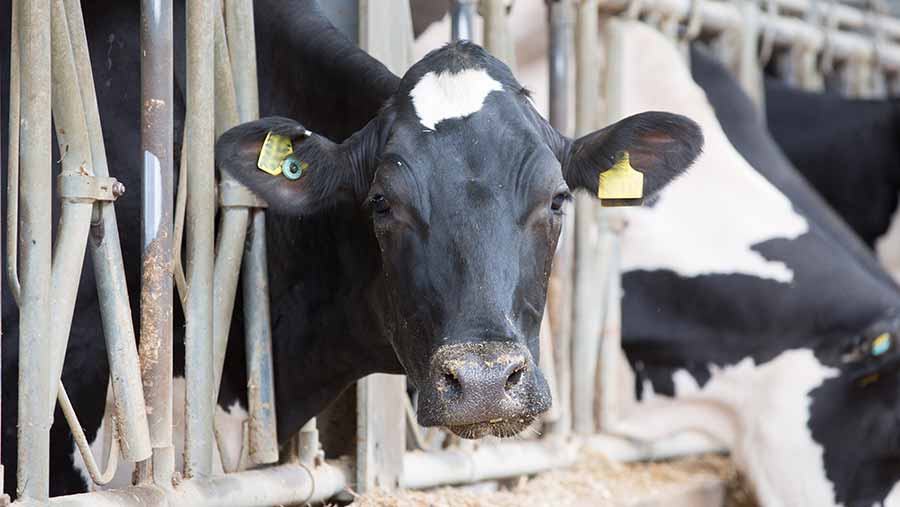 In this month’s round-up of livestock health issues, XL Vets Group representatives cover a variety of concerns, including the potential effects of heat stress on cattle.

This month’s vets – reporting from Oxfordshire, Cheshire and Dorset – also offer advice on the prevention and treatment of calf pneumonia and warn of the threat posed by scour pathogen Cryptosporidium parvum in young calves.

With summer approaching and temperatures on the rise, our thoughts turn to heat stress.

This can be a key economic loss, especially in dairy cattle, with reduced milk production, decreased conception rates and increased early embryonic loss. Calf weight gain and bull fertility may also be impaired.

Cattle ideally like being in environmental temperatures of 4-24C.

At times of peak risk, try to provide as much air circulation and shade as possible. If available, use sprinklers and make sure there is plentiful access to water and bias feeding to the afternoon.

The scour pathogen Cryptosporidium parvum presents a serious, intractable risk to the health of young calves.

We are seeing a rise in disease relating to this single-celled protozoan parasite across farms – many of which are operating good hygiene practices.

An infected calf can shed up to 10bn cryptosporidium oocysts in seven to 10 days. Only five oocysts is needed for infection, which explains why the parasite spreads even when hygiene is relatively good.

Oocysts are resistant to most disinfectants and can survive in a cool, moist environment for many months.

Spring block-calving herds can now clean out their calving and calf accommodation, then steam clean it.

All affected farms should consult their vet to confirm diagnosis and develop a control plan, possibly involving preventive medication.

June may seem like a strange month to start talking about calf pneumonia, but for block calvers now is the time to think ahead to prevent cases once calving starts again.

Calf pneumonia has a major effect on your replacement heifers’ growth rates and future productivity.

Each case is estimated to have a direct cost of £43, with further losses as heifers calve later, produce less milk in their lifetime and die sooner.

Now is a good time to take blood samples from heifers older than three months to identify which pneumonia pathogens are on your farm. Prevention and treatment plans can then be tailored specific to your farm.

The very wet and long winter has led to a later than usual turnout due to heavy ground conditions and slow grass growth.

This late turnout has put pressure on forage stocks with some dairy clients having to feed poorer quality feeds than planned.

This has inevitably led to a run of displaced abomasums.

On the sheep side we have a worm/fluke control meeting in the pipeline as over the last year we have identified increasing levels of white wormer resistant Nematodirus and Triclabendazole resistant fluke.

We will be discussing strategies that will help reduce wormer use and slow the development of resistance with the added benefit of a more effective (and hopefully cheaper) worm control programme.

Vet Viewpoint is a regional monthly round-up of key veterinary issues from members of the XL Vets Group.