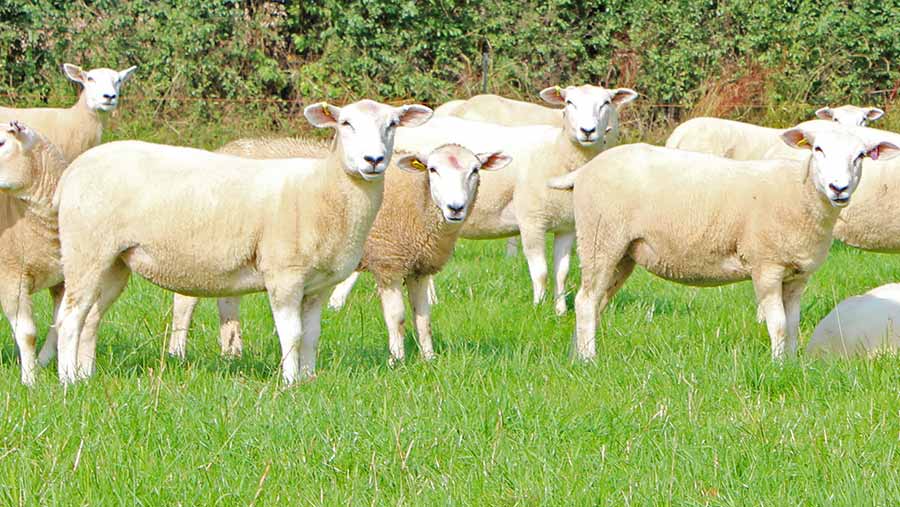 The use of wood shavings in lambing pens has put an end to blanket use of antibiotics against watery mouth at lambing and is part of an overall strategy which is driving down antibiotic use at Stowell Farm in Corsham, Wiltshire.

Over the past few years, Mark and Vicky Candy have adopted an all-encompassing approach to improve flock health and performance, which is helping to reduce long-term antibiotic use on the farm.

This includes a new approach to bedding, a broad vaccination policy, a focus on protein feeding to boost colostrum quality and a strict culling policy.

Mr and Mrs Candy are the first to admit that making the decision to stop giving lambs an oxytetracycline tablet at birth to prevent E-coli infection (watery mouth) was a difficult one.

However, having been impressed by the dry environment created by using sawdust in lambing pens last season, they had the confidence to not use the antibiotic this lambing.

Results have been marked, with no lambs lost to watery mouth this season, whilst Mr Candy believes lambs are also stronger and livelier.

He said: “Considering this is probably the hardest lambing in living memory and we’ve stopped using antibiotic (against watery mouth) it’s quite significant. It has almost helped prove it even more as the lambs were under a lot of pressure this year.” 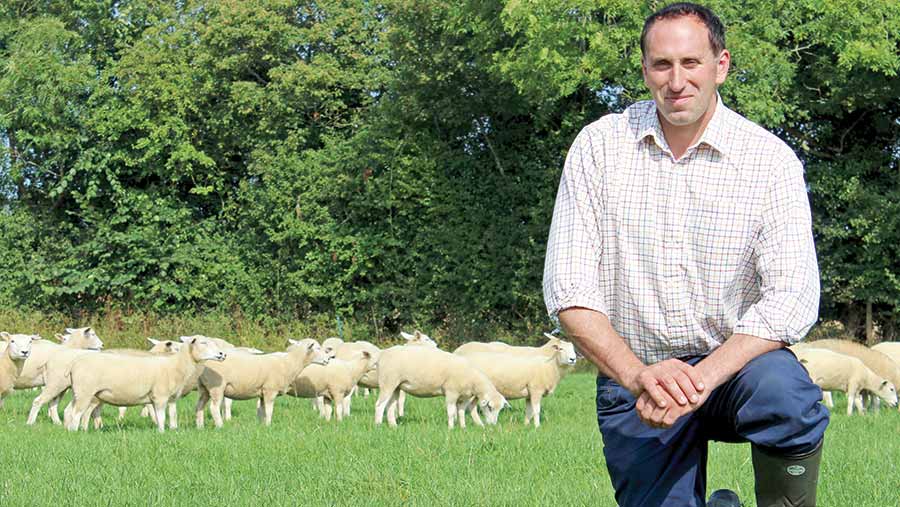 Bedding and colostrum management are part of an overall strategy at Stowell Farm which is helping to improve flock health and reduce long-term antibiotic use.

Over the last two lambing seasons, individual lambing pens have been bedded with wood shavings and lime, instead of straw. This has reduced labour inputs compared to straw, when up to 100 pens/day would have been completely cleaned out between ewes.

Now, the shaving beds are only completely cleaned at the end of lambing. In between, beds are simply cleaned of organic material and placenta between ewes and topped up with lime and shavings

The shavings – along with avoiding emptying water buckets in the shed – have helped to keep the shed dry, which is key to preventing watery mouth. As a result, there have been no deaths due to watery mouth this season, while mastitis incidence has also reduced, which has further saved on antibiotic use.

While wood shavings have helped reduce mastitis risk in the lambing sheds, the decision not to crutch ewes has helped protect ewes’ udders on exposed grassland.

Treating for fly strike prior to shearing has also helped keep fly activity down, which has cut the incidence of mastitis.

A vaccination programme has been instrumental in the drive to reduce antibiotic use.

This includes vaccinating for pneumonia, clostridia and pasteurella, toxoplasmosis and enzootic abortion.

The flock was also vaccinated for foot-rot for the first time at housing. This has reduced lameness by “immeasurable levels”. Mr Candy recognises that vaccine spend has increased, but hopes this will be reflected in less antibiotic use and better flock performance.

To prevent pneumonia, ventilation in the two lambing sheds has been improved by opening up the roof ridges and knocking out every other Yorkshire board.

Gale breakers has also been put on the north face of one of the buildings to aid air movement.

A focus on ewe feeding has helped improve colostrum quality and meant only triplets need to be supplemented with extra colostrum.

This has centred around including homegrown peas and beans as a source of protein in the TMR, instead of soya.

About 10-15 ewes are also blood sampled pre-lambing to asses protein and energy balance. Diets are then tweaked accordingly to ensure ewes are in good nutritional status at lambing to produce quality colostrum. Ewe body condition is also managed.

Mr Jones also believes farmers can make big gains in flock immune function by placing greater emphasis on protein feeding. “By feeding more protein, you get better immune status, better milk and better lamb growth. As they’re stronger, they fight things off better. And they have better immunity to worms, which in turn reduces worm burdens.”

The Candys operate a “harsh selection policy” to breed for disease resistance.

Mr Candy explains: “Selective breeding is also a big thing on antibiotic use. We’re breeding prolapses out – anything that has a prolapse we don’t keep the progeny from. We do the same for mastitis. All this will help with antibiotic use.”

7. Adoption of the Five Point Plan to lameness

Since October, the farm has been sticking regimentally to all parts of the Five Point Plan to controlling lameness (quarantining, prompt treatment, avoiding spread, vaccinating, strict culling).

Prior to this, they did most of the points, but didn’t vaccinate and were less aggressive with treatment.

Since vaccinating, lameness has dropped from 5-6% to 2-3%. As there are less lame animals, this has encouraged prompt treatment, which has aided control.

In the short-term this has increased antibiotic use, but the hope is that next year, there should be less usage, as infection reduces.