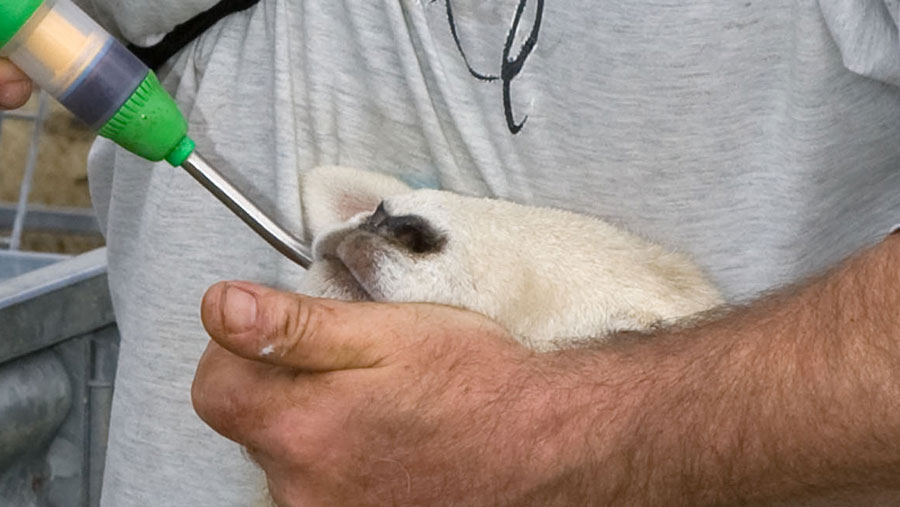 Thorough education and training on the optimal application of a roundworm drench will be rolled out across the sheep industry amid extreme concern sparked by its reclassification.

It will soon be far easier to buy the orange group 4 anthelmintic wormer Zolvix following the Veterinary Medicines Directorate (VMD) decision to reclassify it as a POM-VPS product last week.

Zolvix sales have been constrained by its POM-V status since market entry in 2010, meaning veterinary prescription and oversight has been required to use the product.

However, from 1 July, Zolvix – Elanco Animal Health’s Monepantel-based wormer – can now be prescribed by pharmacists and Suitably Qualified Persons (SQPs) and continue to be available from vets.

This will leave the purple Zoetis product Startect as the only POM-V wormer, a derquantel and abamectin dual-active for roundworms and lungworm.

The VMD has been clear that SQPs will have additional training, which will include a new compulsory training module implemented by the Animal Medicines Training Regulatory Authority (AMTRA) alongside efforts from Elanco Animal Health.

A concerned British Veterinary Association (BVA) last week said it believes that sustainable anthelmintic prescription is best offered by veterinary surgeons to avoid a “disastrous situation” in which parasites are becoming resistant to older wormers.

It added that the reclassification is in “direct opposition” to the trend in Europe. “We’re extremely concerned that we might start seeing resistance develop in group 4 as a result,” said BVA President Gudrun Ravetz.

Move to the good

But if used appropriately Professor Jacqui Matthews, principal veterinary parasitologist at the Moredun Institute, said it will help farmers integrate the newer wormer into their parasite control programme.

“It is hoped that this will facilitate increased use of the product in line with current SCOPS guidelines,” she told Farmers Weekly.

“Furthermore, higher levels of appropriate integrated use of Zolvix will allow farmers to use it in protecting the effectiveness of some of the older classes of dewormers such as the macrocyclic lactones.”

She added that Zolvix training will “up skill” knowledge applicable to best-practice worm control across the board as a further benefit.

(All cover at least roundworm and lungworm)

(Information from SCOPS and XL Vets)

Devon sheep farmer, sheep consultant and SCOPS chairman Peter Baber welcomed the announcement but stressed that increasing the availability of the still highly effective wormer must be backed up with judicious use, adding that this vigilant approach should be taken with all wormers.

He explained that specific targeted treatments on thinner, smaller lambs could cut drench use, decrease the rate of resistance and save on medicine costs.

“Every time you click the drench gun you are contributing a very small bit to resistance,” he told Farmers Weekly. “That is why FEC tests, using the right quantities of wormer and following SCOPS guidelines are so important.

“FEC tests can tell you if a drench is working, has worked and whether you even need to use a drench at all. I’ve been FEC testing for 15 years and have recently been able to use the Benzimidazole drenches effectively, which are old now and have widespread resistance.”