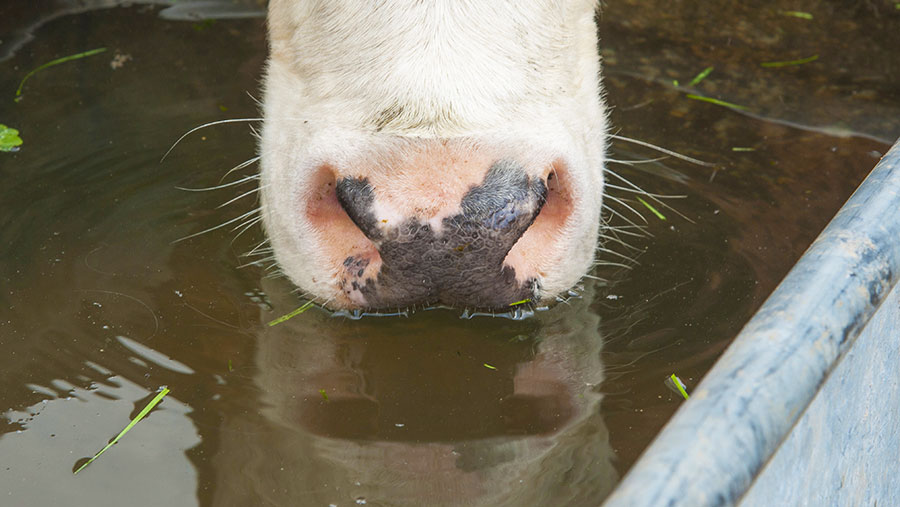 A petition urging vets to ban prescribing homeopathic treatments for animals has gathered more than 2,500 signatures.

Equine vet Danny Chambers, who grew up on a dairy farm in Devon, started the petition on the change.org website.

The petition calls on the Royal College of Veterinary Surgeons (RCVS) to blacklist homeopathy from treatments vets are allowed to offer animals.

But it has received a furious backlash from homeopathy vets who support such treatments for farm animals.

Homeopathy appears to be an increasing trend in the dairy community and is an animal welfare issue. It certainly is not a good way for farmers to spend their money when milk prices are so low, Danny Chambers, equine vet

Last month, Prince Charles told a conference in London that he uses homeopathic medicines to treat the cattle and sheep on his Gloucestershire estate, Home Farm, alongside conventional medicine, to minimise dependence on antibiotics.

In an open letter, Mr Chambers tells the RCVS that homeopathic treatments “have been proven not to work”, adding that many reviews have clearly shown they have “no effect beyond the placebo effect”.

Mr Chambers said: “The biggest danger of homeopathy is not that the remedies are ineffective, but that some homeopaths are of the opinion that their therapies can substitute for genuine medical treatment.

“This is at best misleading and at worst may lead to unnecessary suffering and death.”

Mr Chambers argues that substituting homeopathic treatments for more serious diseases, such as the control of mastitis in cows, could have devastating consequences for dairy farming families if they failed to control the disease and went out of business.

Mr Chambers told Farmers Weekly: “Homeopathy appears to be an increasing trend in the dairy community and is an animal welfare issue.

“It certainly is not a good way for farmers to spend their money when milk prices are so low.”

According to Defra, in the UK there are about 500 farmers trained in homeopathy and 38 homeopathic vets. Meanwhile, in New Zealand, dairy giant Fonterra has reported that 3,000 of their dairy farmers are using homeopathy.

Geoff Johnson, a Somerset-based homeopathic vet with over 20 years’ experience, said: “Danny Chambers has never studied, qualified in or practiced homeopathy and knows nothing about it.

“It is quite trendy in the Liberal chatting classes to attack homeopathy. But there is a lot of evidence that homeopathy is successful. It is used by millions of people in the country. It is cheap and has been demonstrated to be effective. It is also getting increasingly popular.”

But John Blackwell, senior vice president of the British Veterinary Association, said the association could not endorse the use of homeopathic remedies, or any products making therapeutic claims, which have no proven efficacy.

“As with any disease that requires treatment using licensed veterinary medicines, that use must be science- and evidence-based.”