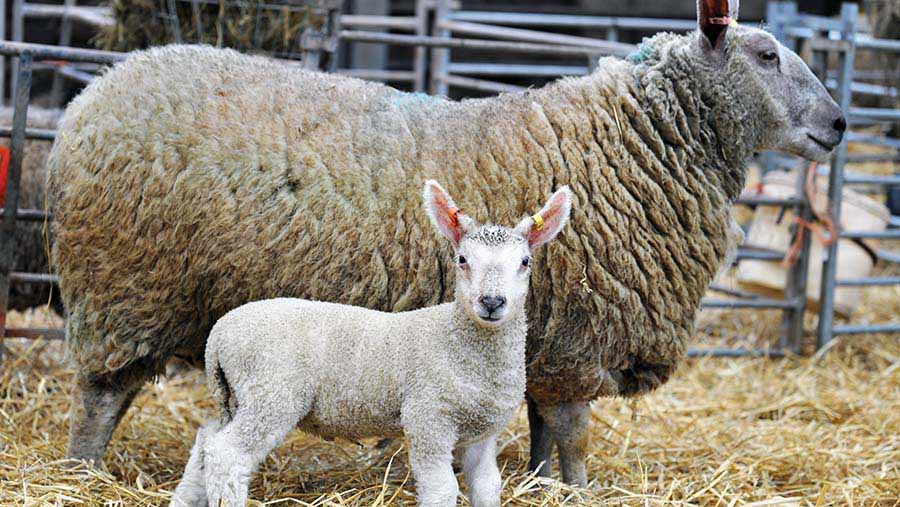 Sheep farmers on Anglesey have cut antibiotics use during lambing by almost 60% over a two-year period.

By improving nutrition, hygiene, colostrum quality and management, a group of seven farmers reduced the number of animals treated with antibiotics without affecting production or welfare.

With veterinary and nutritional advice funded by European Innovation Partnership (EIP) Wales, the farmers demonstrated that a proactive approach can significantly reduce reliance on antibiotics at lambing.

See also: 4-step guide to reviewing antibiotics use on your farm

One of the farmers, Gareth Thomas, of Tregynrig, Cemaes Bay, said one of the simplest, but most effective, measures he put in place was to allow sufficient feeding space for ewes.

His ewes are fed ad-lib silage and receive concentrates twice a day, at 8am and 4pm.

He increased space allowances to 15cm a head when feeding ad-lib forage, and 45cm a ewe when feeding restricted concentrates. He achieved this by reducing the numbers at each trough from 50 to 40.

Protocols at lambing on the project farms

Mr Thomas runs a flock of 650 Suffolk cross North Country Mule ewes, which he breeds to Charollais or Texel rams.

He disinfected the sheds twice when ewes were housed for lambing in January, with a two-week gap between groups to reduce E coli levels – singles were grouped separately from twins and triplets.

To aid the reduction in antibiotics use, bedding was analysed for bacteria that can cause mastitis, joint ill, scours and watery mouth.

“Bedding tests in the pre- and post-lambing pens are vitally important for us to know if we need to do anything to reduce E coli,” explains Mr Thomas.

“By testing the bedding, we could act on the results by disinfecting and liming.”

Mr Thomas says the EIP project taught him he needs to lime more around wet areas, such as troughs and feeding areas.

At Tregynrig, in addition to ad-lib silage, ewes were fed a compound feed at 12.8 megajoules (MJ)/kg DM. This was introduced five weeks before lambing, up to a maximum of 0.9kg for triplets a week before lambing, 0.7kg for twins, and 0.3kg for singles.

Each farmer worked closely with independent sheep consultant Kate Phillips and with Karen Wheeler of Adas to formulate the correct ration.

Mr Thomas, who supplies fat lambs to Woodhead Bros in April and May, says the project has allowed him to lower his costs.

“I’ve saved at least £2-£3 a head by using vaccinations more accurately and targeting treatment, rather than using a blanket treatment approach,” he says.

All the farms involved had achieved savings too, he adds.

“We did this without compromising animal health and welfare, as our ewes were in the best possible condition before starting lambing.

“We are now concentrating our spending on the places where it needs it most.” 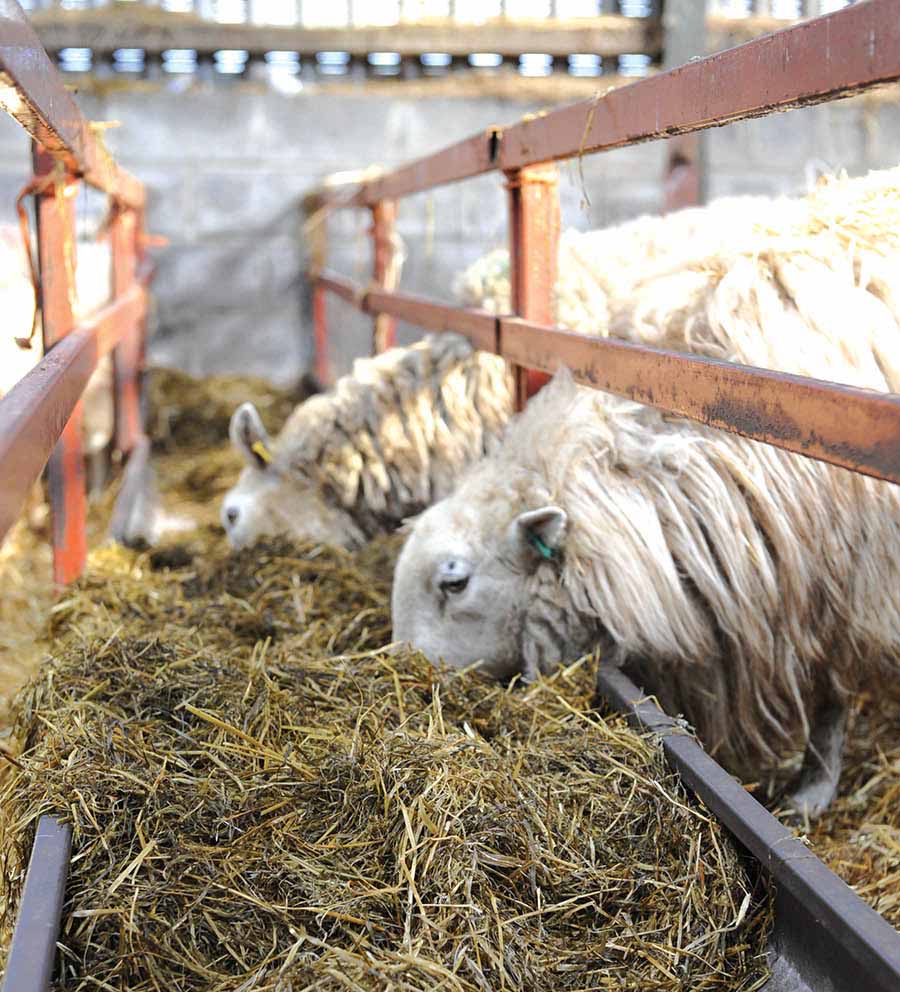 Sheep vet Kate Hovers, who advised the farmers, says the project demonstrates what can be achieved with good hygiene and nutrition, and simple management changes.

“Wide adoption of these approaches could have a dramatic effect on antibiotics use across the sheep industry,” she adds.

It aims to take the outcomes from research – whether it is a new technique or technology – and test them at farm scale. There are currently 34 projects across Wales that bring like-minded people from different backgrounds together to try to solve common agricultural problems.

Lynfa Davies, who is Farming Connect’s knowledge exchange manager and heads the EIP Wales programme, said the programme is on course to deliver the target 45 projects, so it is closed to new applications.

However, a number of other Farming Connect services and projects are available to support innovation and the introduction of new technologies, as well as investigating more efficient ways of working.