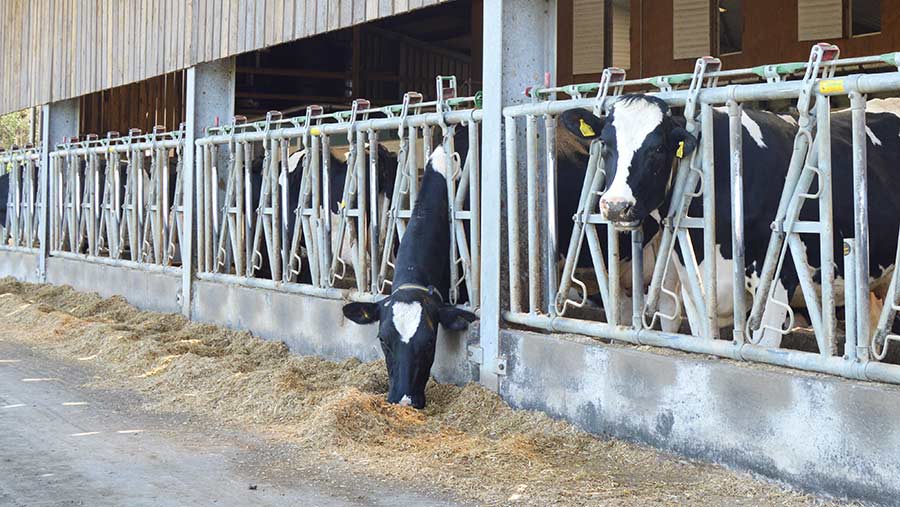 Antibiotics are a hot topic on dairy farms across the UK, with many producers working to cut their use to meet government or milk contract targets.

While many of these targets are enforced by legislation, Bristol University PhD student Lisa Morgans has explored whether it is more effective to put decision-making in the hands of farmers, through a participatory approach to antibiotics reduction.

Farmers Weekly takes a look at what the project involved, the key outcomes, and how one farmer in Dorset has benefited from being involved. 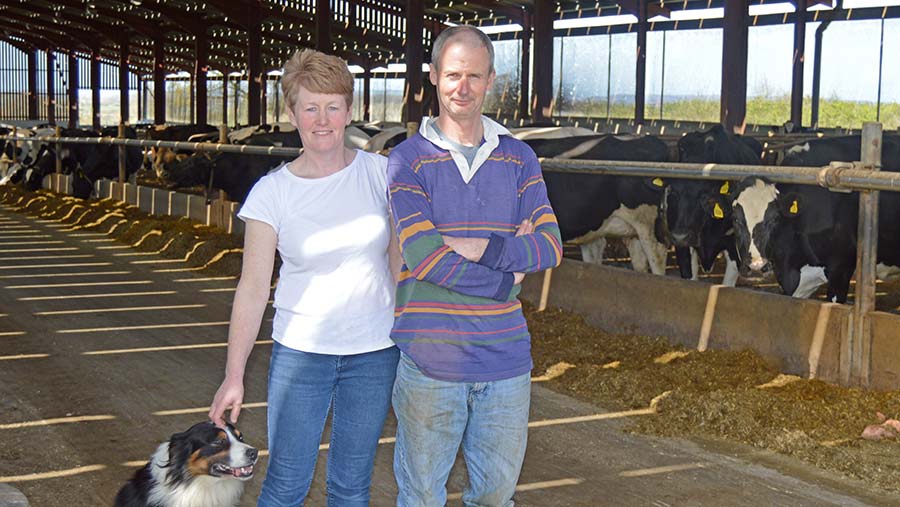 Bryony Symms and her husband, Robert, are among the 30 dairy farmers in the South West who enrolled in the two-year project.

Their family-run Bastons Farm, near Sherborne, Dorset, is home to 220 pedigree Holstein cows, supplying milk to Müller on a Co-op contract.

It was due to an increasing focus on antibiotics use from their milk buyer that the family decided to get involved with the project.

“With the Co-op contract, antibiotics use is monitored and benchmarked quarterly, so we were keen to learn more about how we could reduce their use,” explains Mrs Symms.

As part of the project, the 30 participating farms were broken down into five farmer action groups.

The family were the first in their group to host fellow farmers. “At the end of the meeting, we created an action plan with Lisa. These were suggestions on where we could cut out or reduce antibiotics use,” says Mrs Symms.

“One of the big things we have learned is to question whether we really need to use antibiotics in specific situations and what the alternatives are.”

The farm has used this approach to address mastitis. “If we spot swelling and only a few clots, our first treatment now is to use an anti-inflammatory instead of going straight to an antibiotic,” says Mrs Symms.

“Factors like ensuring cubicles have deep sand bedding and being very thorough with teat preparation are key. We are definitely using fewer antibiotics now and mastitis is at an all-time low – down to an average of 1.25 cases a month.”

Inadequate calf housing proved to be increasing the need for antibiotics intervention on farm. “Previously,  we had a fairly big issue with cryptosporidiosis.

“Despite dosing with Halocur, I was losing four heifers a year,” says Mrs Symms. “So, we designed a purpose-built calf shed which was completed last October. Since we have had the youngstock in there, we haven’t had a single calf death from illness.”

An important message has been gaining a greater understanding of antimicrobial categories and dosage.

“The question was raised about whether farmers were not getting results due to miscalculating dosage rates, and we found we were massively underdosing, so animal health wasn’t improving.”

Meeting RUMA targets is a large part of the Symms’ milk contract, and gaining a better understanding of drug categories has helped them stay well below the threshold.

“Before the project, we were using Pen-Strep regularly, which is a very heavy antibiotic,” says Mrs Symms. “We switched to using Betamox, and while we are waiting on the results from the Co-op, we are fairly confident we should be well within target.”