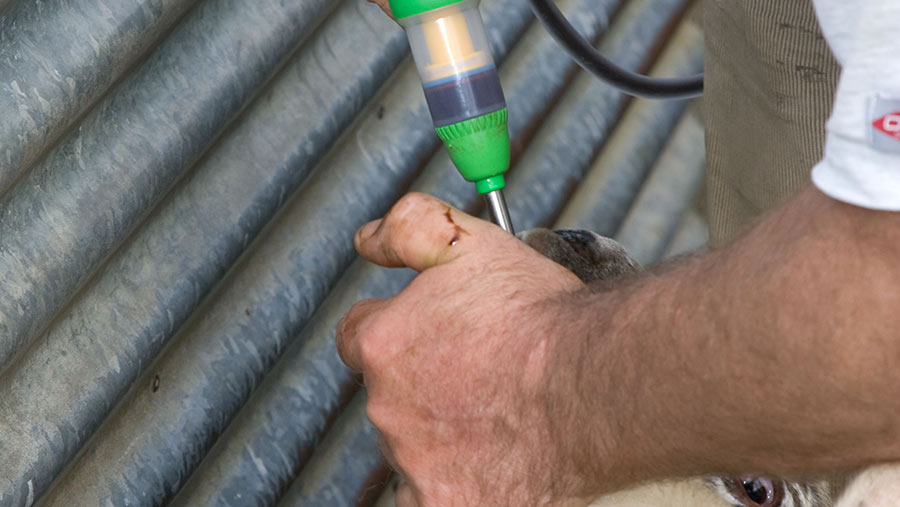 A new group of sheep wormer has been made more widely available to farmers following a decision by the Veterinary Medicines Directorate.

From 1 July 2017, the Group 4-AD anthelmintic product – known as Zolvix –  will be available through agricultural merchants who employ pharmacists or other qualified persons, rather than solely through vets.

The wider availability of this new group of anthelmintic drenches offers sheep farmers the opportunity to integrate the new treatment into their parasite control plan and help reduce drug resistance, experts say.

Therefore, experts are urging farmers to use the Group-4 drug in a controlled way and in conjunction with other treatments in order to prevent it developing its own resistance.

Sustainable Control of Parasites in Sheep (SCOPS) says that it is essential it is used carefully so that its effectiveness, and that of the existing wormer groups, are extended for as long as possible.

“On the one hand we need to harness the potential of Zolvix to improve lamb performance and slow anthelmintic resistance to other groups, but we must not fall into the trap of over-use, which brings with it a much increased risk of developing resistance to monepantel itself.

“The days when you could simply rotate product groups annually are long gone. In reality, most flocks will need to use three or more groups in a single season. For example, 1-BZ for nematodirus, a 2-LV or 3-ML and then a 4-AD or 5-SI in the late season and for quarantine.

“This is quite daunting. It requires much more forward planning and monitoring, using faecal egg counts and probably [means] additional cost.”

James Ruggeri, industry development executive at Hybu Cig Cymru – Meat Promotion Wales, which is a partner in SCOPS, added: “To get the most effective worming programme, along with a sustainable approach to combat anthelmintic resistance, it’s recommended that farmers establish the status of their flocks as regards resistance to groups 1-3 drenches, and consult their vets on the best solution for their farm.”

Zolvix, which contains the compound Monepantel, was launched in New Zealand in 2009 and in Australia and the UK in 2010 by Norvartis Animal Health, which has since merged with Elanco.

It was the first new anthelmintic drug family to appear on the market for more than 25 years. It has previously been sold as a prescription-only medicine (POM-V) in the UK but from 1 July 2017 will be more widely available.

It is a broad spectrum anthelmintic and treats and controls gastro-intestinal nematodes.