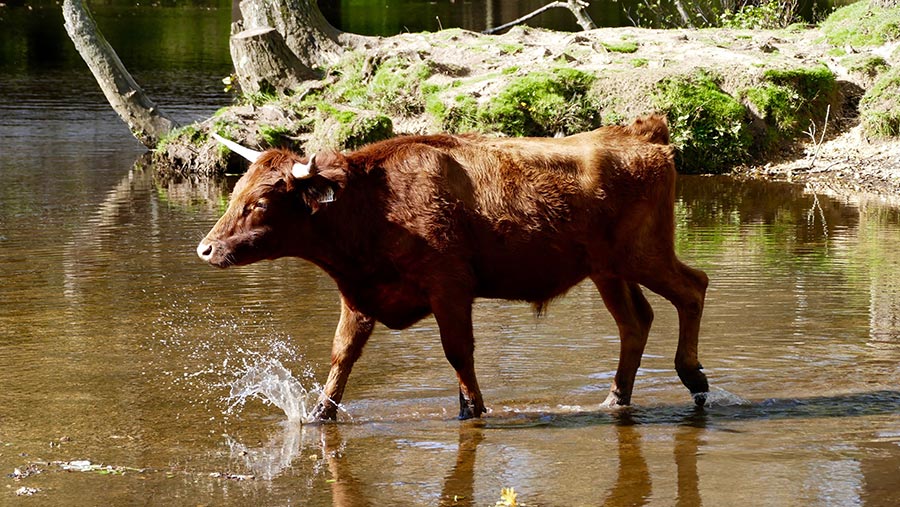 New Forest commoners are being asked to remove the horns from their cattle following a spate of attacks on dog walkers.

In an unprecedented move, the New Forest Commoners Defence Association (CDA) has written a letter to 200 people who are registered to turn out cattle to graze in the forest to dehorn their stock.

It follows a number of attacks last year on walkers, mostly with dogs, including a serious incident involving an 86-year-old woman near her home at Fritham.

Dog walker Amelia Borrelli was attacked by a cow, which gored her thigh.

She spent a week in hospital recovering from her injuries.

Ms Borrelli told the BBC: “It banged me to the ground, drew back its head and ripped my jeans from the ankle up to mid-thigh, plunged its horn into my thigh.”

Tony Hockley, chairman of the CDA, said people had “lost any respect” for the dangers of livestock.

“Yet, in the past two years there have been several.

“Commoning is a vocational activity. If someone is injured by a commoner’s grazing animal, it is deeply distressing for everyone involved.

“Poor behaviour by a few, makes potential victims of the many.

“One badly-controlled dog can make an animal defensive to other dogs, however well-controlled.

“We would urge people to inform the police whenever they witness a dog out of control around livestock.

“It is illegal and reporting it helps protect everyone.”

English Longhorns and Highlands will not need to be asked to be dehorned as their horns are an essential characteristic and there have been no such incidents involving these breeds.

The association’s move on dehorning follows a packed meeting of cattle commoners on “Recreation and Cattle” held in September, hosted jointly by the New Forest Verderers and Commoners Defence Association.

Dr Hockley said the association had stepped up its campaign for better signage on appropriate behaviour around livestock, particularly the close control of dogs, and enforcement of law and related bylaws.