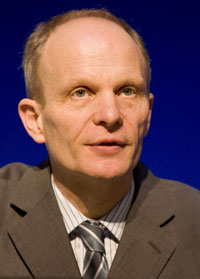 Farming in an animal welfare-friendly way can be the key to better profitability, Alistair Lawrence from the University of Edinburgh Veterinary School told the Oxford Farming Conference on Wednesday (7 January).

There was growing concern among consumers that farm animals should lead as natural lives as possible, and this was sometimes at variance with the way animals were kept in many farming systems, he said.

But it was far from clear cut that intensive farming equated to poor welfare, he added. “The relationship is complex.”

With laying hens, there were often behavioural problems related to lack of freedom. But a recent review showed outdoor systems could increase disease risk.

Similarly, a study of dairy cow health showed that, although conventional systems had more problems with lameness and hock injury than organic systems, this was linked to factors such as length of grazing and age at first calving – matters that could be addressed by either system.

So far, much of the effort to encourage more welfare-friendly livestock farming had been by legislative means combined with “market-led” initiatives, he said. But this was vulnerable because consumers were not always willing to pay a premium price, especially in times of recession.

Prof Lawrence called for “supply-side solutions” – making farmers understand that improving animal welfare could reduce costs and raise profits. “Rather than finding themselves being sandwiched between regulations and market demands, farmers can gain the initiative in the welfare debate,” he said.

There were plenty of examples of this in practice. In the dairy sector, the emphasis used to be on breeding for maximum yield, he said. But this had had undesirable side-effects on fertility and health, increasing costs for farmers. “Today, the most profitable bulls produce daughters which yield less milk, but are healthier and live longer.”

Similarly, work being carried out at Edinburgh into alternatives to farrowing crates suggested that designer pens could enhance the welfare of both sow and piglets, while improving the farmer’s financial return. “It is an achievable goal to deliver animal welfare within a competitive farming system,” said Prof Lawrence.