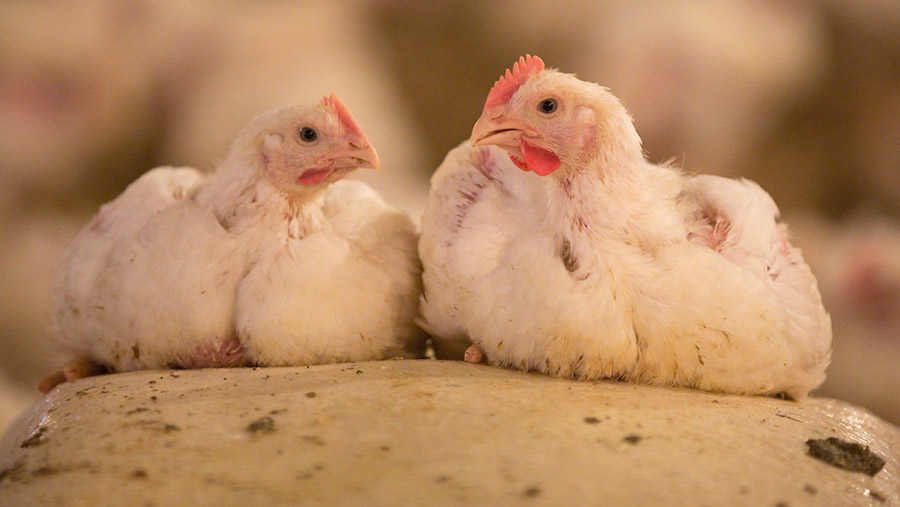 Poultry producers have been defending their track record on the use of antibiotics in the face of suggestions by the BBC’s Countryfile programme that the sector is actually using a “hidden mountain of drugs”.

The issue revolves around the use of ionophores in poultry production – an anti-parasitic treatment added to feed to help control the intestinal disease coccidiosis in broilers.

According to the Alliance to Save Our Antibiotics campaign, which was quoted extensively in Countryfile, ionophores are closely related to antibiotics and their use has been increasing.

A freedom of information request by the Alliance shows that, while the poultry sector has cut the use of antibiotics from 82t to 14t (-82%) over the past five years, its use of ionophores has risen from 212t to 281t (+33%).

Ionophores are animal-only antimicrobials that are not classified as veterinary medicinal products and their usage is not linked to reduction in antibiotics.

They are classed as feed additives by the government’s Veterinary Medicines Directorate.

Why are they used?

If coccidiosis is not controlled, producers may then need to turn to medically important antibiotics as a last resort.

The Alliance acknowledges that ionophores are not currently used in human medicine, but says they do have potential to help treat the condition Clostridium difficile in future.

It also points to Norwegian evidence that suggests the use of ionophores in poultry can increase resistance to some antibiotics used in human medicine, though concedes this is not yet proven.

“Because ionophores are toxic, there are also concerns about residues in food and the environmental impact of spreading chicken manure on land,” said a statement.

But the British Poultry Council (BPC) says media coverage of these claims has shown a “lack of clarity” and insists ionophores are a critical part of good bird management.

“The way pet owners proactively treat their dogs and cats with wormers to control worms, poultrymeat farmers use ionophores to control coccidiosis in their birds to alleviate pain and suffering.”

The BPC points out that ionophores are “animal-only” antimicrobials and are not classified as veterinary medicinal products.

“We’ve successfully reduced our antibiotic use by 82% in the past six years and have stopped all preventative treatments as well as the use of colistin,” said Mr Griffiths.

“The highest-priority antibiotics that are critically important for humans are used only as a ‘last resort’.”

Despite the BPC’s insistence that ionophores are animal-specific, the Alliance to Save Our Antibiotics insists that their increased use means there has been no overall fall in the use of antibiotics by the poultry sector as claimed.

One reason for this, it says, is that ionophores are also effective against another serious intestinal disease, necrotic enteritis, which was previously controlled by the use of medically important antibiotics.

“A second possible explanation is that ionophores have a growth-promoting effect,” said a statement.

“The reduction in use of some medically important antibiotics known to promote growth may be being compensated for by an increase in ionophore use.”

But the BPC has a different explanation, saying the increased use of ionophores is simply in line with the expansion of the poultry sector in recent years, as poultrymeat has grown in popularity.

The UK now produces more than a billion broilers a year to meet consumer demand.

Whatever the reason, the Alliance says ionophores should be made prescription only, rather than treated as a feed additive.

“More fundamentally, we are calling for chickens to be kept in better conditions, so that they don’t develop this terrible disease coccidiosis in the first place,” said the Alliance’s Coilin Nunan.

The BPC, however, notes that coccidiosis is a global problem and can compromise poultry health and welfare, “regardless of whether the birds are indoor-reared, free-range or organic”.