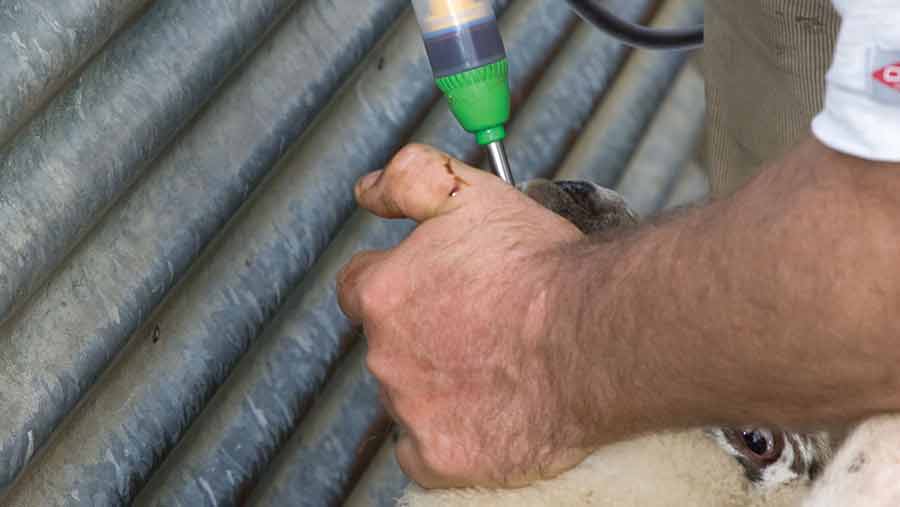 Sheep farmers have been reminded to preserve gut worms susceptible to drench to slow the development of wormer resistance.

Speaking at the National Sheep Association (NSA) Sheep Health Conference at the University of Surrey School of Veterinary Medicine in Guildford, Martha Betson, a lecturer in veterinary parasitology, highlighted the issue of sheep wormer resistance in the UK.

“A worm is resistant to a wormer if it is able to survive exposure to the standard recommended dose of wormer. And then can pass this ability on to its offspring,” she said.

“It’s becoming a very big problem in worms in sheep.”

Addressing a mix of farmers and veterinary students, Dr Betson asked: “What can we do to control worms given this real problem?”

“One of the most important ways to prevent resistance developing is to actually keep a pool of worms on the farm that are still susceptible to treatment,” she told attendees. “This helps to slow development of resistance.”

There are two ways of doing this, she said.

“…treat the sheep a few days before moving to clean pasture, [then] leave them on contaminated pasture for a few days, just so they pick up a small worm burden, so when they move to pasture they’re going to be excreting eggs that are susceptible as well as potentially resistant.”

Another option is to leave a small number of sheep untreated, she said.

“Treat most of the flock but leave say 10% untreated. This means that on the new pasture you’ll have a mixture of resistant and susceptible worm.”

Meanwhile, wormers should only ever be used “when really necessary” and any decision should be based on faecal egg counts and clinical presentation, said Dr Betson.

Over use increases selective pressure, which causes can lead to an increase in the relative number of resistant worms.

“This allows you to use less drench, which reduces the selection of resistant worms. It means you’re not going to select the worms that can survive the treatment,” she said. Where possible, farmers should also avoid treating adult sheep as they’re “generally immune to most worms”.

When administering wormer, farmers should also ensure it is done correctly, which means weighing sheep and checking your drench gun is working, she said.

“In terms of other control strategies that can be used other than treatment, the moving of lambs to less contaminated pastures at weaning can be helpful,” she added.

“The one simple way to do this is to do faecal egg counts in 10 sheep pre- and post-treatment. This will give you an indication of whether your wormer is working or not.”