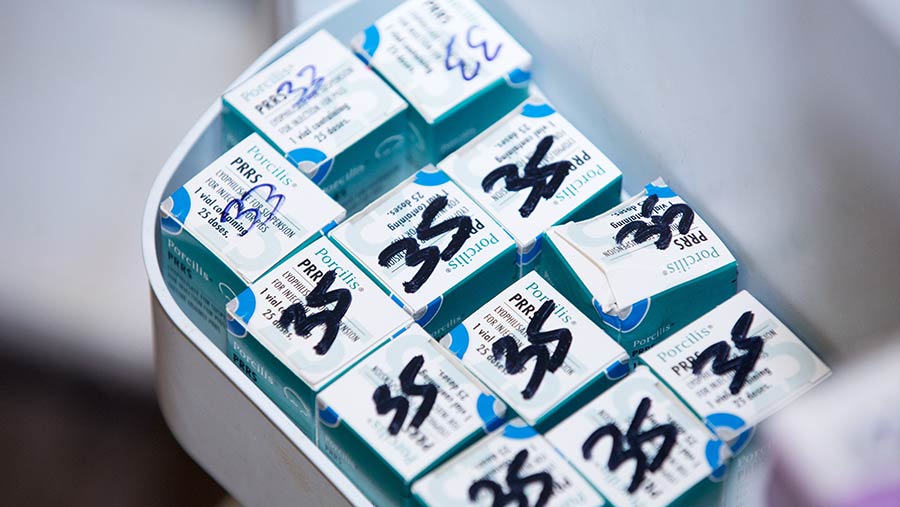 A proactive approach to animal health underpins the future sustainability of the livestock sector and is key to reducing antibiotic use, according to industry experts.

The paper, which is the latest in MSD’s wider initiative to cut antimicrobial use, Time to Vaccinate PDF, was co-authored by the company’s technical manager, Paul Williams.

British farmers have already demonstrated the high degree to which they can reduce on-farm antimicrobial use, he said, referring to Defra figures on veterinary antibiotic sales.

Defra has reported that the sales of veterinary antibiotics had fallen to their lowest level since records began, exceeding a government target two years ahead of schedule.

The fall includes a 29% decline in sales of the highest priority, critically-important antibiotics – those deemed vital for human health.

But Dr Williams urged livestock producers to continue the drive to reduce antibiotic use and keep improving animal health.

“A healthy animal will produce a higher yield per unit of input, while increasing overall productivity and lifespan,” he stressed.

To emphasise the costs associated with disease, the report uses examples of diseases and their costs.

The report also highlights resistance concerns in Streptococcus suis, which can cause meningitis and septicaemia in both pigs and humans.

The fact that some S suis isolates have shown resistance to several antibiotics emphasises the importance of disease prevention or alternative methods of control, Dr Williams said.

“These are significant concerns and costs, yet all of these diseases could be controlled using vaccination, Dr Williams says.

He advocates putting vaccination to protect against future infection within a wider approach of best practice, such as high standards of biosecurity and improved stockmanship.

Mr Howells added that good practice also reassured consumers that all measures were being taken to ensure the UK was at the forefront of animal health and welfare, and the effective, judicious and sustainable use of antibiotics.

AHDB senior veterinary manager Mandy Nevel added that farmers needed to be resilient and to continue to produce food that was trusted and produced sustainably.

“At the heart of sustainability is good animal health and welfare.