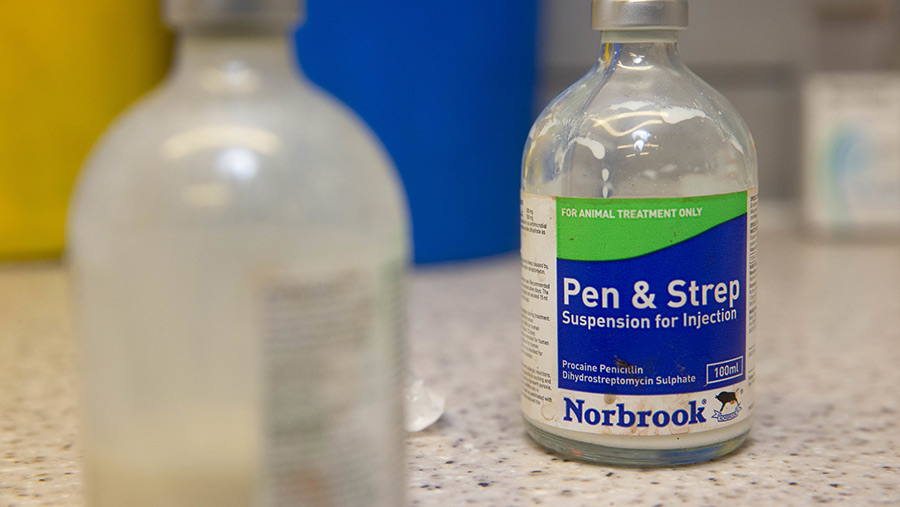 UK sales for farm animals of the highest-priority critically important antibiotics (HP-CIAs) have seen further falls, thanks to major efforts by the industry to curb antibiotics use to tackle resistance.

Sales of HP-CIAs fell by 21% between 2018 and 2019, according to the latest annual UK-Veterinary Antibiotic Resistance and Sales Surveillance report published on Wednesday (18 November). These now account for 0.5% of total sales.

See also: How a farmer is using minimal antibiotics in his dairy herd

Reducing unnecessary use of HP-CIAs – which are vital for human medicine – in farm animals is key to minimising antimicrobial resistance (AMR) and protecting the most critical antibiotics in human health.

However, Defra acknowledges that using them responsibly in farm animals is crucial for the treatment of disease.

Overall, UK sales of antibiotics for farm animals have almost halved since 2014.

In 2019, total sales of veterinary antibiotics were 232.2 tonnes, representing an increase of 3% between 2018 and 2019, according to Defra’s Veterinary Medicines Directorate.

However, this is still a 43% reduction since 2015, when the UK’s food, farming and veterinary sectors launched a cross-industry campaign to cut back on antibiotics use in farm animals to lower the threat of AMR.

Sales of colistin in food-producing animals, meanwhile, have reduced by 99.9% to 0.0002mg/kg (1.2kg) since 2015, considerably below the 1mg/kg maximum target recommended by the European Medicines Agency (EMA) to protect public health.

Defra chief vet Christine Middlemiss said: “These findings are testament to the hard work of the UK’s farmers and vets to use antibiotics responsibly in order to tackle antibiotics resistance and protect our most critically important antibiotics in human health, while also reducing the burden of disease in animals.”

Last month, the 10th annual European Surveillance of Veterinary Antimicrobial Consumption, published by the EMA, showed that the UK continues to have one of the lowest levels of antibiotics sales for food-producing animals in Europe.

The UK maintained its fifth position out of 31 countries – 71% lower than the EU average in terms of mg/population correction unit (PCU), a standardised unit of animal biomass.

AMR occurs when micro-organisms that cause infection change over time and no longer respond to medicines, making infections harder to treat and increasing the risk of spreading disease. The World Health Organization has declared that AMR is one of the top 10 global public health threats facing humanity.

On Wednesday (18 November), the Responsible Use of Medicines in Agriculture alliance published new sector-specific targets for the reduction of antibiotics use in the UK livestock industry between 2021 and 2024.

The UK pig industry has continued to reduce its use of antibiotics, with latest figures showing a 5% fall in the first half of the year.

The data, which was captured through AHDB’s electronic medicine book for pigs (eMB-Pigs), represents 95% of slaughter pigs during the first six months of 2020.

Industry leaders have welcomed the latest figures, saying it is a testament to the hard work of pig producers and vets across the country.

Rebecca Veale, senior policy adviser at the National Pig Association, said: “The January to June figure published for 2020 demonstrates that the sustained efforts from producers, vets and wider industry have maintained impetus in terms of responsible and reduced antibiotics usage.”

During 2019, antibiotics usage held at 110mg/PCU due to a spike of swine dysentery cases – a bacterial disease which is treatable with the use of antibiotics.