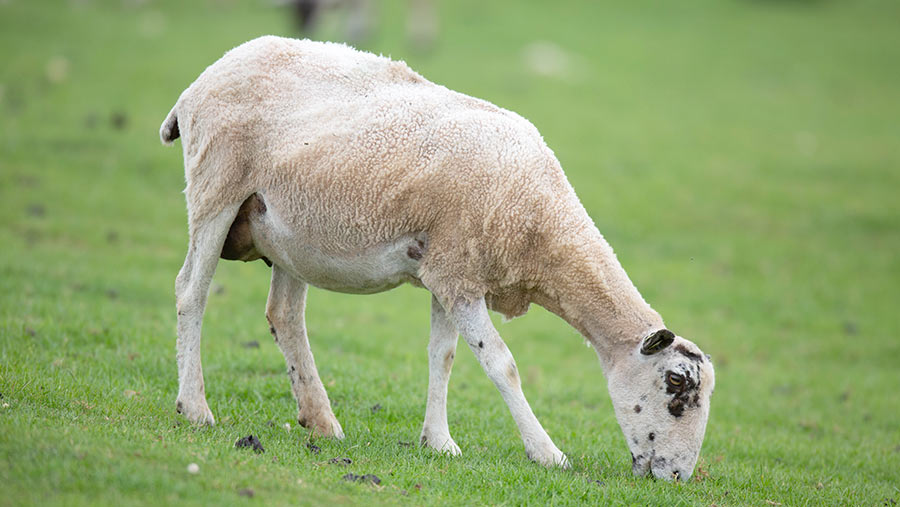 In 2012, Farmers Weekly launched the Stamp Out Lameness campaign after sheep lameness hit the government’s radar when the Farm Animal Welfare Committee (FAWC) put forward an Opinion on Lameness in sheep. This recommended that:

Since then, the sheep industry has worked hard to reduce lameness to less than 5% by implementing the FAI Five-Point Plan.

As part of the next step in the campaign, Farmers Weekly wanted to find out how farmers are driving down lameness levels and what the challenges may be in meeting the 2021 target.

See also: How to correctly diagnose and treat the main causes of sheep lameness

Therefore, we carried out a survey of 283 lowland and upland sheep farmers to find out more about lameness control being implements on UK farms.

Sheep farmers are working hard to meet the FAWC targets to reduce lameness levels to less than 2% by 2021, with more than a quarter of sheep producers already hitting targets, respondents revealed.

In total, three-quarters of farmers already have lameness levels below 5%, with foot-rot deemed to be the biggest cause of lameness on most farms.

Despite this, respondents said contagious ovine digital dermatitis (CODD) was the most difficult to manage, followed by foot-rot.

However, with another 3% reduction to reach the 2021 target, we looked at what could be impeding lameness control on the farms we surveyed and found two key challenges:

The survey showed a lack of vet and farmer engagement when it came to diagnosing and controlling lameness.

Two-thirds of respondents said they hadn’t had their flock’s primary cause of lameness diagnosed by their vet.

However, four out of five farmers who said that they engaged their vet on lameness went on to develop a programme to reduce lameness in their flock.

2. Varied adherence to the Five-Point Plan

When it came to implementing the five-point plan, 43% of farmers said they hadn’t heard of the plan.

The plan is being applied at varying degrees on farm, according to the survey, which found:

During the next few weeks, MSD Animal Health, together with Farmers Weekly, will be highlighting how the proven FAI Five-Point Plan (5PP) gives sheep farmers a clear framework for managing lameness effectively.

We will be working across the industry to provide best-practice advice and a range of practical tips.

Implemented correctly and given long-term commitment, the 5PP builds natural disease resilience within the flock, reduces the disease challenge and spread on the farm, and improves flock immunity through vaccination.

Adoption of the 5PP will maintain progress towards the industry target of achieving <2% lameness in the national flock by 2021.

Widespread adoption of the 5PP will also help reduce the amount of antibiotics used by the sheep industry by at least 10% in line with the Ruma Targets Task Force recommendations.