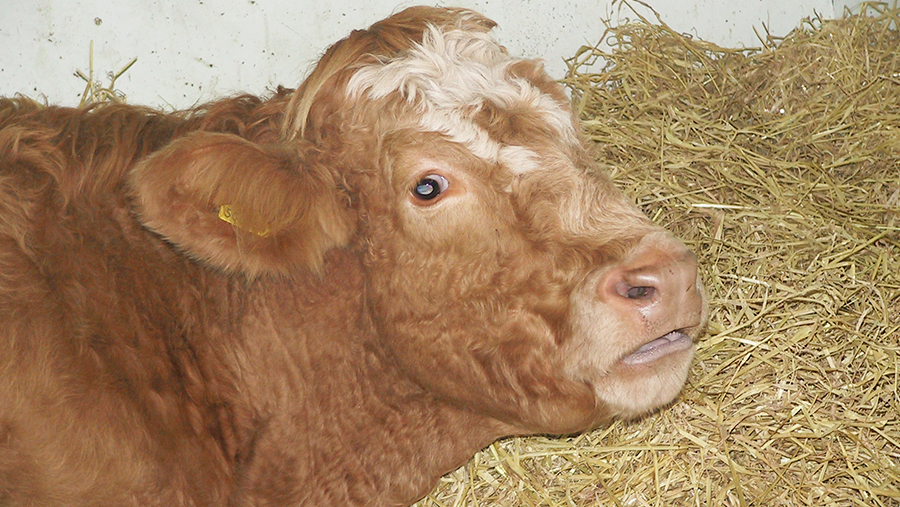 Beef farmers in northern England and Scotland should be vigilant this month for signs of lungworm (husk) in their cattle following a recent spread of the parasite, warn vets.

Autumn is a key time to see signs of lungworm (Dictyocaulus vivparus), which is also known as husk or parasitic bronchitis.

This is according to veterinary surgeon Harriet McFadzean of the Animal and Plant Health Agency (Apha), who told farmers the parasite can sometimes cause sudden death in animals.

Speaking at the AHDB Talking Beef Event in Gloucestershire, she said: “Lungworm typically starts being an issue in July through late summer and into November, with a peak in September.

“If you have animals coughing at pasture you should be suspicious of lungworm and talk to your vet about a strategy to control it, particularly in late summer and early autumn.”

Apha databases from 2012-2019 show about 190 cases of diagnosed lungworm in September, with the next highest month being October with 150 and August with just over 100.

The National Animal Disease Information Service (Nadis) has issued lungworm warnings, showing the spread of lungworm into northern England and Scotland since 2010.

Previously, the south-western counties of Cornwall, Devon, Somerset, Dorset, Gloucestershire and Wiltshire were considered the traditional stronghold of the parasite.

However, Ms McFadzean said that wetter weather and changing climate could be causing the spread of the parasite further north.

A vet may suggest testing for the presence of lungworm in the cow. There are three options. Prices given from SRUC (Scotland’s Rural College) price list), although costs may vary.

Immunity has typically developed in adult cattle, but this isn’t always the case, warns Ms McFadzean.

COWS (Control of Worms Sustainably) advice suggests a certain age group of adult cattle can sometimes have missed immunity because of a challenge earlier in life. An animal may also be affected by lungworm if it is in a heavily contaminated youngstock field.

It is therefore important to observe all cattle at pasture this autumn. Wet weather, heavy stocking densities and lack of immunity due to low exposure all increase lungworm infection risk.

Lungworm – what you need to know

Identifying lungworm
Early clinical signs of lungworm include:
• Increased respiratory rate at rest
• Noticeable frequent coughing, especially after exercise
• Show a dislike for exercise due to breathing difficulties
• Standing with their neck extended, gasping for air
• Post mortems examinations can be a very useful indicator of lungworm
• Reduced milk yield in adult cows

Treating lungworm
• Cattle diagnosed with lungworm by a vet should be treated with macrocyclic lactone injections and pour-ons as early as possible
• Treated cattle should be removed from infected pasture to clean pasture or housed if possible
• Vets may advise affected calves to be split into two groups:
– Those calves already coughing and showing laboured breathing. These animals typically have a small adult worm burden and treatment should result in a rapid recovery
– Calves that are feverish or diagnosed as severely infected should be kept inside for treatment and observation. They may require anti-inflammatories and hydration

Preventing lungworm
• Prevention is based upon developing immunityv
• This is best achieved by vaccination if your farm has a lungworm problem
• If the farm has no lungworm then all purchased cattle should be treated and quarantined to prevent introducing Dictyocaulus vivparus to the farm
• COWS recommends quarantining in coming cattle with Macrocyclic lactone, levamisole or benzimidazole
• Vaccinate young calves from eight weeks old. You must plan ahead to give two doses of vaccine four weeks apart and then wait for two weeks before turning youngstock out onto pasture

For more information on lungworm, watch the latest Nadis video