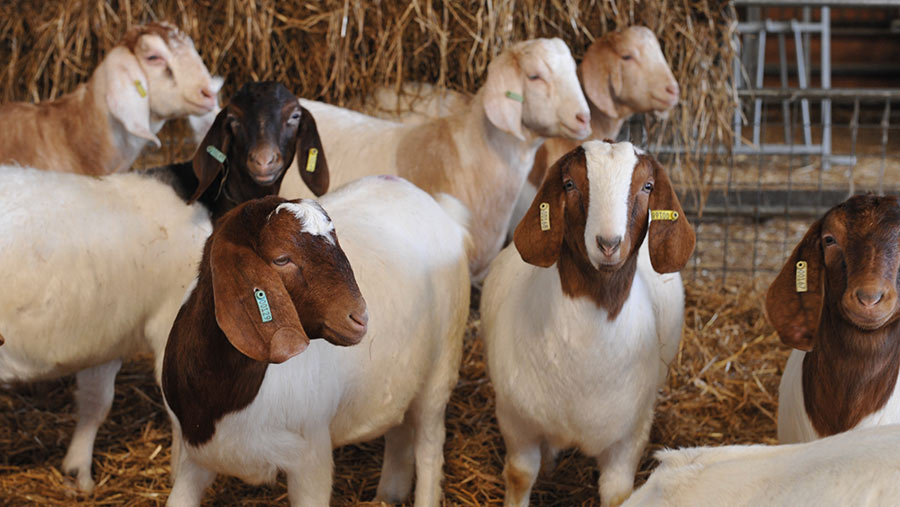 Taking part in a study into drench resistance has given goat farmers Damian and Meg McNamara the confidence to graze goats by picking up parasite burdens early before they spiral out of control.

The McNamaras are among four goat farmers in Wales taking part in a European Innovation Programme (EIP) study to assess effective parasite dosing.

Like the other farmers in the trial, the McNamaras carry out regular faecal egg counts (FECs).

However, these do not differentiate between the gastrointestinal parasites teladorsagia, trichostrongylus and haemonchus (Barber pole), and the less harmful bunostomum and oesophagostomum.

Without identifying which species of worm is present in the sample, it is not possible to show which species, if any, show resistance.

The study used treatments to target all gut worms and tested the efficacy by carrying out post-treatment FECs.

Historically, the McNamaras have had a low parasite burden in their Boer-cross herd at Moat Village Farm, New Moat, Pembrokeshire.

No anthelmintic resistance has been detected, allowing treatment with BZ (white) wormers to continue. 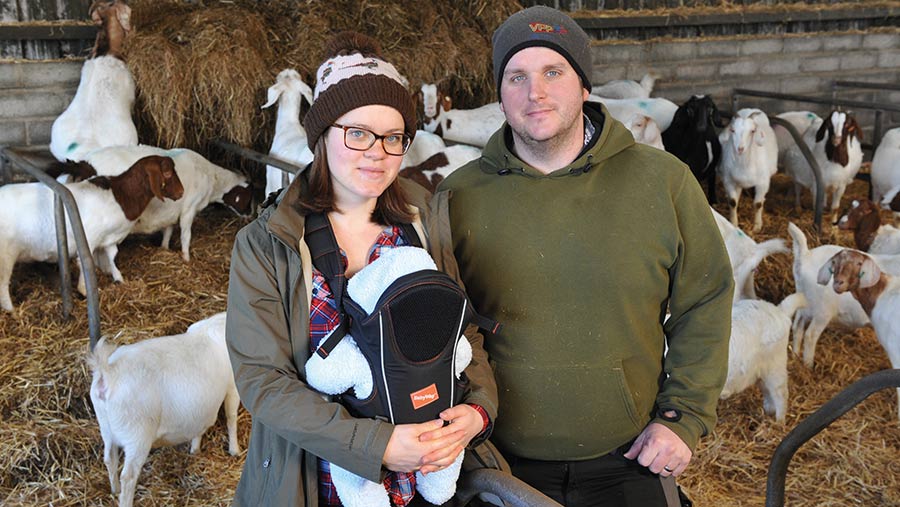 However, post-treatment FECs administered during the project helped to detect an issue with haemonchus.

A higher incidence of haemonchus was reported nationally last year and there were also sudden heavy worm infestations in the herds participating in the project.

Although a stain test for haemonchus is an additional cost – currently an extra £43.10/sample – the payback from preventing anthelmintic resistance is significant, says vet Kate Hovers, who oversaw the study.

Worm counts were low – rarely higher than 50 eggs/g – but they slowly started to creep up, with speciation tests revealing haemonchus to be the cause.

This allowed the goats to be treated individually with Levamisole. This was chosen because it hadn’t been used much in any of the participating herds and there had been some resistance to clear and white wormers detected the previous year.

At present, there is no published licensed dose rate for this anthelmintic treatment of goats.

As goats are known to be particularly sensitive to the active ingredients within this wormer, they were dosed at 1.5 times the recommended dose rate for sheep, explains Ms Hovers.

When the project first started, the McNamaras had one of the biggest goatmeat herds in Wales, but they have now downsized from 500 to 35 goats to balance the demands of the farm with supporting their young son, Iori, who has cerebral palsy.

The scaling down of their Moat Goats herd has allowed a shift from a housed system to one giving goats access to pasture through rotational grazing.

“We feel confident to do this because of the support and advice we are getting from the project,’’ says Mrs McNamara.

As part of the next phase of the project, researchers hope to establish a solution to the lack of clarity around suitable dose rates for goats.

Goats metabolise toxins quicker than sheep and this could potentially promote anthelmintic resistance within herds, leading to reduced effectiveness of wormers across the species.

“It should also be noted that goats can experience toxicity where sheep might not, so seek professional advice on dose rates for goats,’’ says Ms Hovers.

Other findings from the study

European Innovation Partnership (EIP) Wales aims to take outcomes from research, whether it’s a new technique or technologies, and test them at a farm scale.

There are currently 46 projects across Wales that bring like-minded people from different backgrounds together to try to solve common agricultural problems.