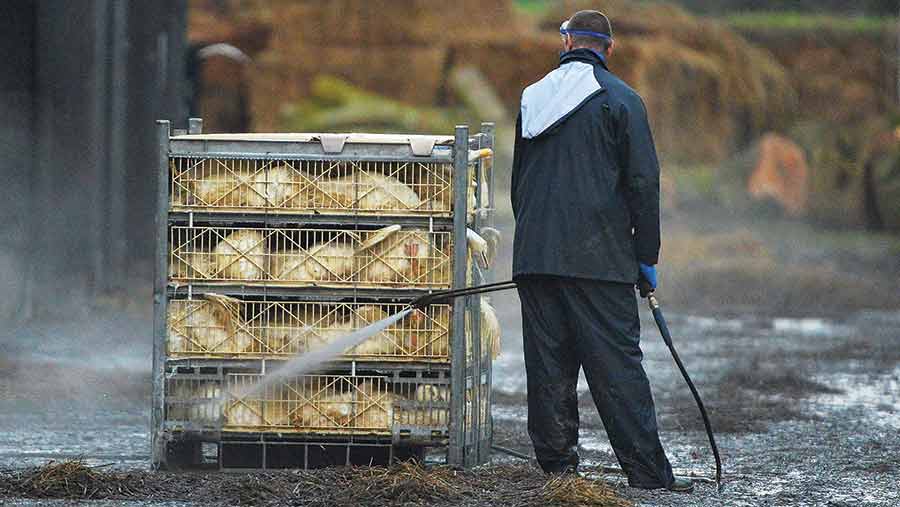 The outbreak of high pathogen avian influenza at a duck breeder farm in Nafferton rocked the poultry industry.

The man in charge at the time has recounted the strain it placed on him, his staff and the business affected.

To describe turning on breakfast TV one morning and seeing the farming business that you manage, as “very strange” is quite an understatement when you consider the strain an avian influenza outbreak put on Cherry Valley Farms at the end of 2014.

At the time, Brian Kenyon was agricultural manager at the firm and, like any farmer, his was the last set of units he expected to be hit by bird flu.

Before the farming arm of the duck producer was sold to Faccenda Foods, it operated as an integrated business, with its own slaughterhouse, growing sites, hatchery and breeding farms.

It was a breeder unit near Nafferton, East Yorkshire, that first experienced an egg drop on Sunday 9 November 2014. The production problem was first attributed to fireworks over the weekend after bonfire night.

When laying didn’t pick up by Monday, and continued to drop through the week, it was acknowledged a problem had emerged.

Vets were called in Tuesday, and an E coli challenge was identified. “On the back of that, we started to medicate on Wednesday,” said Mr Kenyon.

The egg drop was accompanied by mortality displaying a slight peak. Despite the medication, higher than usual mortality continued and, peculiarly, only female ducks were affected.

This prompted Mr Kenyon to contact the Animal and Plant Health Agency (then the AHVLA) to test for exclusion. A government vet inspected the flock that Friday, took samples, but “didn’t expect any issues”.

“She thought the flock looked really well, and we were doing everything we should be to treat an E coli infection,” said Mr Kenyon.

As such, the call late on the following Sunday to confirm high path avian influenza came as a shock. Movement restrictions were immediately put in place and the news broke the following morning.

That’s when Mr Kenyon was faced with farms under his control swarmed by the media. His phone started to ring off the hook, with the APHA requesting every detail about how the company operated.

“Because they didn’t understand the business, they wanted everything – I don’t think I put my mobile phone down for 12 hours,” Mr Kenyon explained.

Culling and clearing the sheds was completed relatively quickly – as was initial cleansing. “The real challenge was secondary cleansing and disinfection, the plan wasn’t decided until a month later.”

A big issue was the litter and wastewater from the infected site. Spreading on arable land wasn’t an option – the APHA insisted on either incineration or composting.

Mr Kenyon found only one firm willing to incinerate the 1,000t of litter from the site, and it quoted £250/t for processing. Sending it there would have cost £600/day for each lorry, which could only make one round trip – a prohibitive expense.

Luckily, a local farmer had an empty piggery, and it was agreed the litter could be composted in unused manure clamps on site. Secondary cleansing could then get under way.

This process had taken some time, and it wasn’t until 23 February that a sentinel flock could be housed, and regularly tested at Cherry Valley’s expense, to confirm the virus had been eradicated from sheds.

While the business battled to get the affected site clean and up and running, other areas of production suffered, putting huge strain on staff, said Mr Kenyon. About 75% of November’s production had to be destroyed, as the Nafferton site served the company’s hatchery.

Indeed, restrictions on the hatchery meant no birds could be placed while it was cleaned up. It was declared clean relatively quickly, by 27 November, but breeder sites were empty, meaning no fertile eggs.

Destroying embryos and seeing breeding stock culled was incredibly distressing to staff, said Mr Kenyon. An overbearing uncertainty hung over the business, and its future and, while it survived, it was at great cost. “It made me realise what a brilliant team of people I had working for me,” he added.

“This is an issue that has affected every business in the poultry industry, and will continue to do so.”