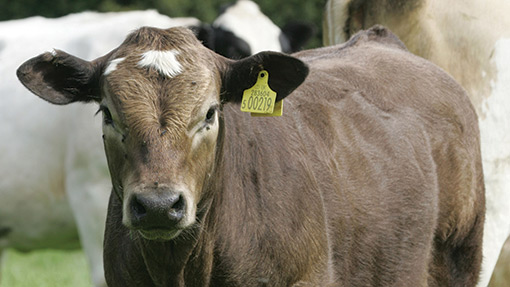 Farmers are being advised against blanket treating cattle for worms after turnout this spring to avoid resistance developing.

Vet Ben George from Usk Vets, Monmouthshire, said farmers are often encouraged to over-worm sheep and cattle, but doing so can be costly and could lead to resistance.

Rather than worming adult cattle, the focus should be on youngstock, said Mr George: “Adult cattle have a strong immune response to worms. Calves are the susceptible ones.”

He advised youngstock were turned out on to clean pasture, with faecal egg counts (FECs) taken one month later to assess infestation levels.

Mr George said it is important to consider the risk of pasture contamination before dosing.

“Think about the type of grass you have available. High-risk grass would be anything that has had calves on it the previous year, because they leave thousands of eggs on the pasture the following year. So you don’t want to put calves back on it.”

Minimum risk was anything that has been grazed by adult cattle or sheep the previous year, while new leys are low risk, he explained.

“The best strategy is prevention. You keep moving young animals to low-risk fields, so you always want the cleanest grass you can muster.”

For many farmers this was often not an option, as fields are closed up for silage-making. In this instance animals should be moved before the burden gets too high, he said.

“We are seeing a bit of a trend towards combination products. They work very well, but use them at the right time,” he warned.

He said combination fluke-wormer products should ideally be used at housing and therefore cattle wormer-only products will suffice during the grazing season.