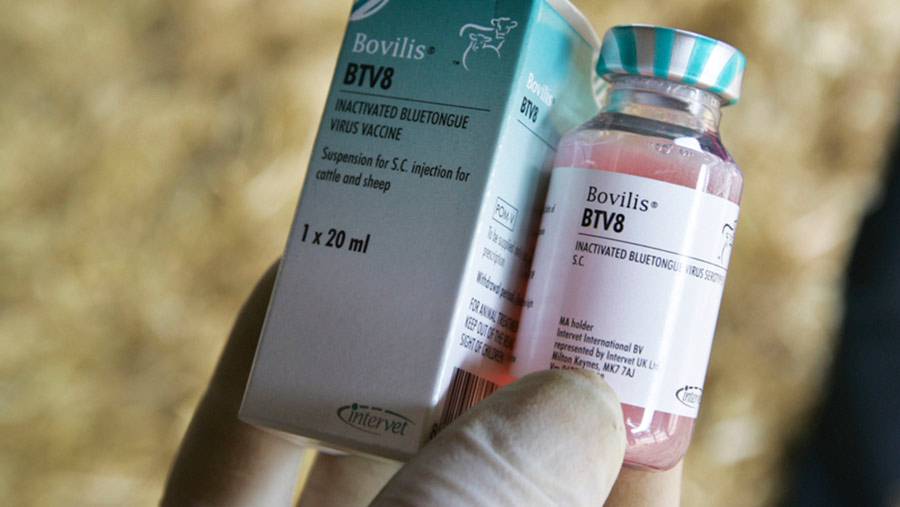 Two recent studies are warning future generations of UK sheep and cattle farmers to be vigilant in the face of increased BTV risk because of climate change.

A one-in-twenty-year outbreak could become “typical” in less than 60 years, said Dr Anne Jones from the Department of Mathematical sciences at the University of Liverpool.

A study published in the journal Nature Climate Change explored the risk of BTV transmission if the climate changes, predicting that by 2100 the disease will:

The report said there will be higher risk from BTV in northern Europe as the climate warms.

Vaccination is the main method of prevention for the notifiable disease, according to Nadis (the National Animal Disease Information Service).

How to spot bluetongue virus

Another paper published in the journal Scientific Reports listed three fortunate circumstances that ensured the BTV outbreak of 2007 was contained to just 135 farms.

“Had the virus entered the UK in the west of England, the outbreak would probably have been much larger,” said study author Dr Joanne Turner from the Institute of Infection and Global Health.

“Had any of these three circumstances been different it could have been a much bleaker story and it’s easy to imagine that in future the UK may not be so lucky.”