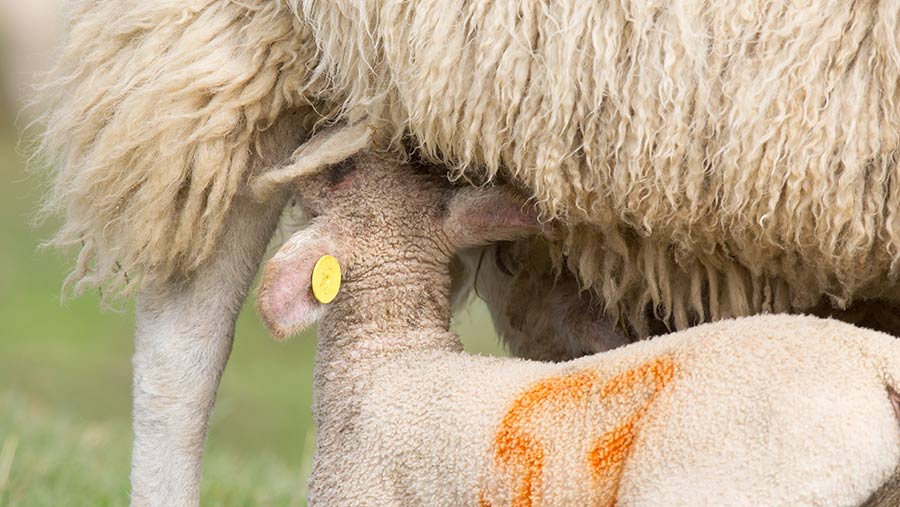 Sheep farmers battling ongoing mastitis rates of 10% or above could benefit from a new vaccine, which has been shown to halve incidence and improve recovery rates.

Mastitis is one of the main causes of culling on farm. This, together with treatment costs and sub-optimal lamb growth rates due to reduced milk availability, makes it a costly problem. It is also a significant animal welfare issue.

The Vimco vaccine from Hipra was licensed for use in the UK last year. Since then a number of farms have begun vaccinating, with vets reporting a reduction in incidence of 50-90%.

Mastitis is an inflammation of the ewe’s udder and is usually caused by a bacterial infection. The main risk period for clinical mastitis is between the first week post-lambing and peak lactation (three to four weeks after lambing). To reduce the risk:

Often farmers will have management steps in place to limit mastitis but can still experience rates of 10% or above in flocks. It’s these farmers that could consider using the vaccine, in discussions with a vet.

Vet Joe Henry from Black Sheep Farm Health in Northumberland says farmers should be targeting a 2-3% mastitis incidence across the whole flock and no more than 5% in gimmers, which tend to be more prone to infections.

Is the vaccine for me?

At a cost of about £6 a ewe, Mr Henry says the vaccine is not cost-effective for every flock. “That’s why it’s only appropriate if you’ve got high rates of mastitis of over 10%,” he says. 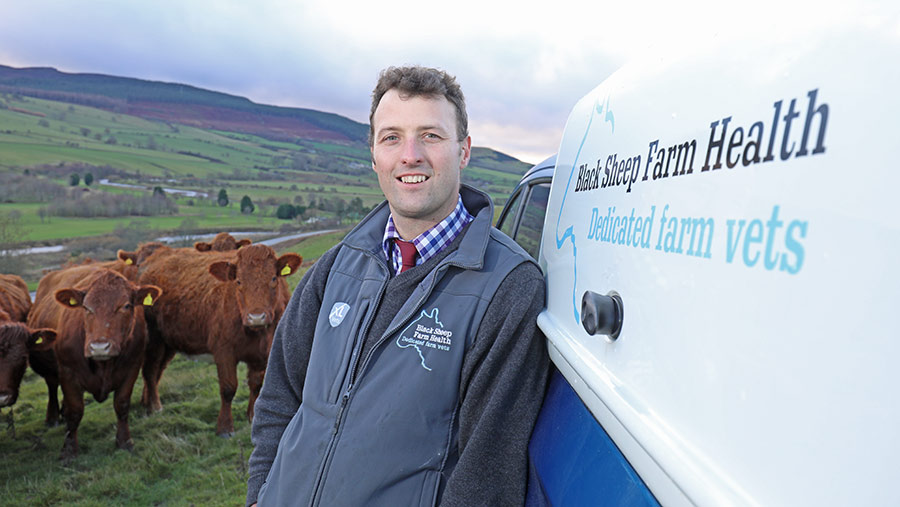 Consequently, recording and understanding mastitis rates are a must before turning to the vaccine. This could also help identify if mastitis is higher in certain groups of animals, such as gimmers or ewes carrying triplets.

By understanding which animals are affected, it may then be appropriate to target the vaccine at these groups, rather than blanket-treating the whole flock.

Will Barker, of Castle Veterinary Surgeons, believes targeted use of the vaccine is particularly appropriate on commercial systems where broader use may not be economically viable.

He suggests it may be appropriate to use it across the whole flock when mastitis incidence is above 10% but target at-risk groups when incidence is slightly lower at 5-10%.

“The vaccine is only for Staph aureus. There are some cases where you get pasteurella and E coli or mixed infections, but Staph aureus is the main cause of mastitis in sheep,” he explains. “If, when you investigate, it’s not Staph aureus, the vaccine is not appropriate.”

How it’s working on farm

Mr Henry used the mastitis vaccine on two of his clients’ farms. These farms had both struggled with Staph aureus infections and had mastitis rates of above 10% in gimmers.

They vaccinated gimmers and ewes carrying triplets. One farm had orf and vaccinated for that at the same time.

Following vaccination, mastitis rates halved on these farms. On one of the farms the number of ewes dying as a result of mastitis also fell from one-third to 10%, meaning they had cull ewes to sell.

“I think [the vaccine] is very significant within certain flocks because mastitis is a huge cause of economic loss and is a welfare issue,” Mr Barker says.

“It will obviously work better if measures are being taken to ensure management and nutrition are optimised.”

Vaccinating against mastitis has resulted in a 75% drop in mastitis rates at Alwent Farm, which means more lambs are growing to their full potential pre-weaning and antibiotics use has reduced by about 30-40%.

Steven Nesbitt runs 120 ewes, with most of his income coming from the sale of pedigree tups and breeding females.

The flock is made up of 24 Texels, including a nucleus flock of six to eight ewes that are flushed annually. Embryos are then implanted into 96 North Country Mule recipients. 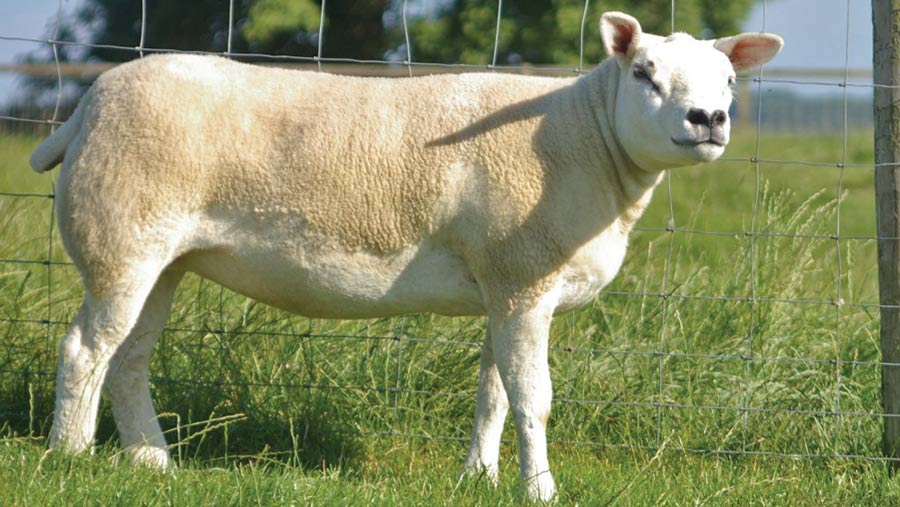 In the past, mastitis rates of about 10% across the flock had suppressed lamb growth due to sub-optimal milk supply in affected ewes, and the need to bottle-feed lambs.

With the whole pedigree flock performance-recorded, this early growth is particularly important as it affects breeding values and subsequent stock value.

A bout of mastitis can very quickly mean “your best lamb is suddenly not your best lamb”. At the ewe level, affected animals also proved difficult to cure, resulting in higher-than-desirable antibiotics use.

Mr Nesbitt tried numerous ways to reduce mastitis, including disinfecting buildings and housing ewes and lambs for longer at lambing so they were being turned out in warmer weather, but nothing seemed to work.

As a result, and after speaking to vet Will Barker of Castle Veterinary Surgeons, he decided to vaccinate every female due to lamb against mastitis. The results were marked.

“It worked absolutely marvellously,” he says. “We saw a huge impact at lambing. We only had three [cases of mastitis]. I was relieved it worked, as it’s pricey.”

While it might be expensive, with only three pedigree lambs ending up on the bottle as a result of their dams getting mastitis, and antibiotics use reducing by 30-40%, Mr Nesbitt is sufficiently convinced to use it again.

“If it does the same again next year, we’ll use it every year,” he says. “People in the area are reporting that it’s been quite a bad year for mastitis and we’ve had the best we’ve ever had, at these sheep numbers.”