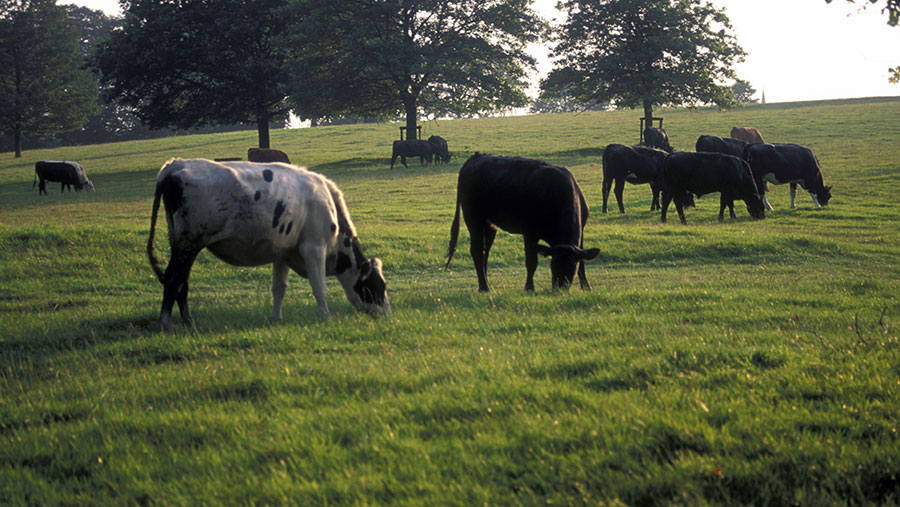 A woman is critically ill in hospital after being trampled by cows that also killed her dog in the Peak District.

Police and paramedics rushed to a field near the Derbyshire village of Sheldon after a member of the public raised the alarm.

The victim, who was not a Sheldon resident, but is said to be local to the area, was found with serious injuries and flown by air ambulance to hospital in Sheffield.

A spokesperson for Derbyshire Constabulary said: “We were called at 3.45pm on Tuesday 10 September after a passerby found a woman and her dog being attacked by cows, in a field in Sheldon, near to Magpie Mine.

“Officers attended, as did an air ambulance, and the woman was taken to hospital in Sheffield, where she remains in a critical condition. Her dog had been killed by the cows.”

The police force’s armed response unit tweeted: “Attended an incident this afternoon that reminded us that as beautiful as the @peakdistrict is, there are also many dangers associated with the countryside.

A spokesperson for East Midlands Ambulance Service said they attended a “medical emergency”.

“We received a call at 3.51pm, on 10 September, to the general area of Sheldon, Bakewell, to assist with a medical emergency,” the spokesperson said.

“We sent a medical first responder, a fast response car, two paramedics in ambulance cars, a crewed ambulance and the air ambulance. We transported one patient to Sheffield Northern General Hospital.”

Community Twitter account Sheldon Village (@Sheldon_Village) tweeted: “Our thoughts are with the family of the lady who was very badly injured by cows in the fields to the rear of our village.

“Excellent work by the @DerbysPolice in rescuing her and taking her to hospital.”