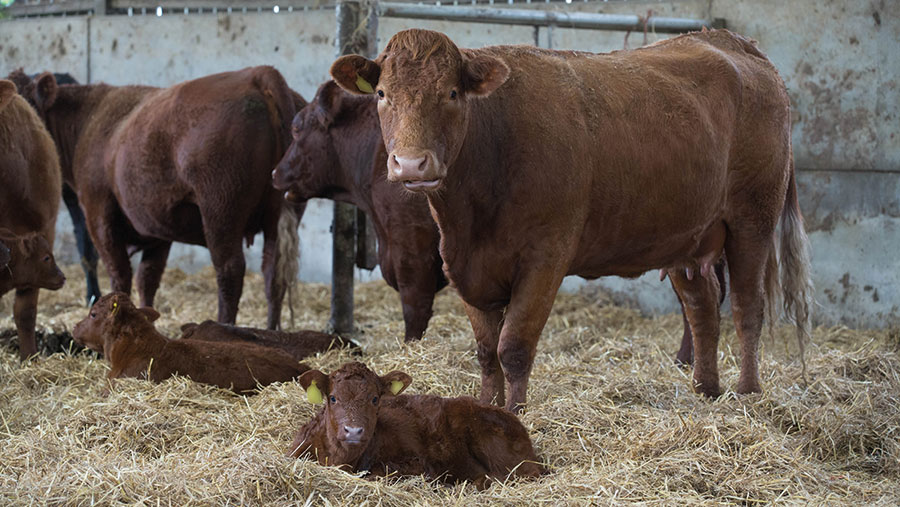 In addition, handling stock with protective mothers means extra care must be taken to avoid injuries.

We find out how two farmers have customised calf-handling trailers for their livestock enterprises and look at an off-the-shelf calving hurdle.

Cattle are outside all year, moving into a dedicated calving paddock before the six-week calving block begins at the start of April.

The extensive nature of their farm makes the handling of newborn calves potentially tricky and risky for the handler.

They have customised a small trailer for their quad bike to perform tasks such as tagging. 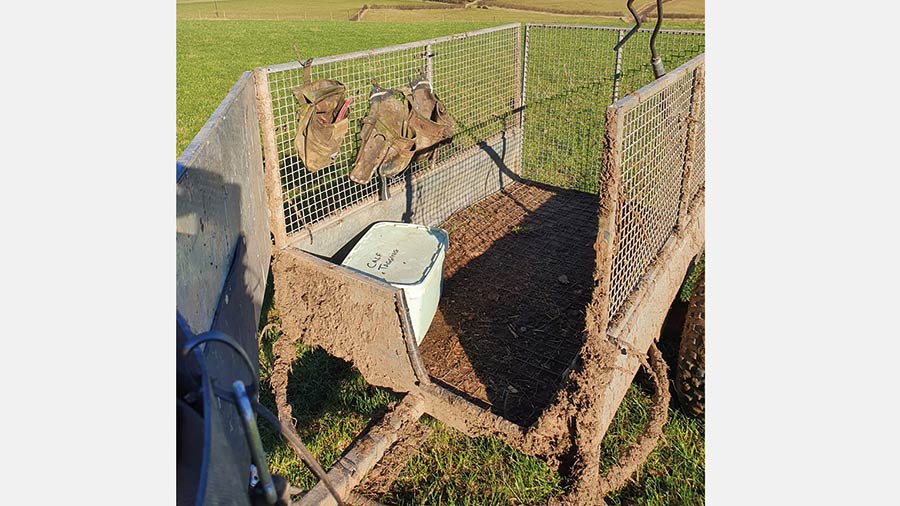 The flatbed trailer has a 30cm-high upstand and a grilled back door. A solid front door measures 1×1.6m.

The floor is wooden with mesh wiring for grip, with a 30cm gap cut in the lip at the front so the calf can easily be moved into the trailer.

Removable grilled sides allow the cow to see the calf at all times and have safe contact.

Working always as a team of two, they head to the calving field within 12 hours of calving. One person drives the quad bike and the other handles the calf.

The calf is caught using a 3m-long extendable calf crook and gently pulled through the trailer’s front doorway. The quad is then driven very slowly to the turnout paddock.

During this time, the calf is tagged and ringed, and the cow scored according to her motherliness at that point.

Mrs Walker says: “The extendable calf crook is a vital piece of kit as it allows us to catch the calf in such a way that never puts the cow or calf under stress.

“If you are not hunching over the calf as you would be if you are catching it by hand, the cow doesn’t see you as big a threat as she can still see her calf.”

The cows are scored because breeding is a vital aspect of safe handling, according to Mrs Walker. Most cows are given a score of three.

This means the cow is concerned for her calf but not aggressive. Any cow that scores four – which rarely happens – is put on a watch list.

The trailer also has fence hops on to drive over electric fencing used for rotational grazing. This provides a contingency for getting away.

First, calves are caught by the handler using a leg crook. Then, walking slowly to the trailer, the handler goes through the doorway at the front, gently pulling the calf by its hind leg.

The calf’s dam generally stays at the calf’s nose. 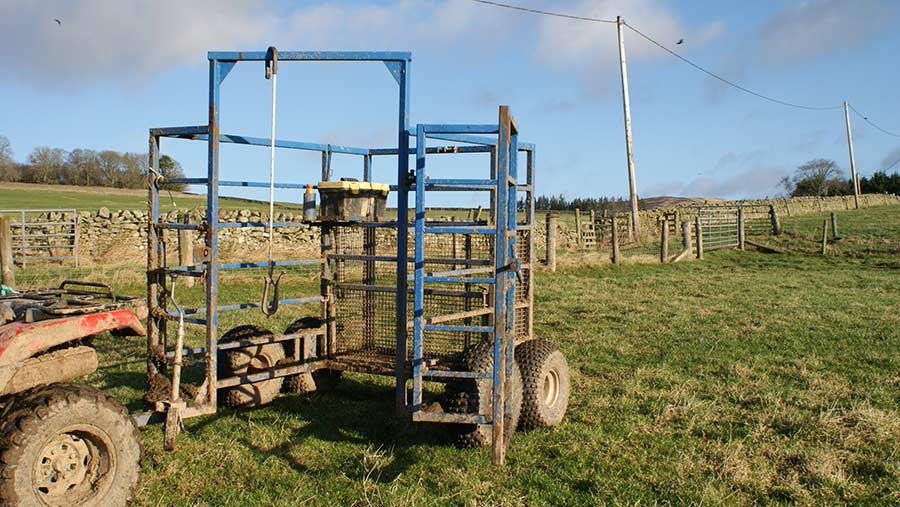 The front door on the trailer is hinged 45cm from the front. This allows the gate to open wider to ease entry.

There is no floor in the front of the trailer, minimising the risk of tripping, and no lifting on entry, as everything is at ground level.

At the back of the trailer, off the ground, is a smaller crate the size of a sheep weigh crate.

The front side of the crate folds down as a ramp, encouraging the calf to walk into the crate. Here it is confined while tagged.

Open metal bar sides mean the cow can always see her calf and the handler is safe.

After tagging, the handler drives the quad bike and trailer out of the calving field with the calf in the crate. The cow quietly follows. The calf is then released by the back gate of the trailer.

Mr Elliot says the trailer costs more than £800 to make, but it’s a cost well worth it. “When you are calving outside, having some mechanism like this is a must.

“Although we’ve never had any near misses when grabbing a calf after birth, you need to take the risk out of the situation,” he says.

Mr Elliot has three trailers across his farms in Galashiels and Sutherland, where he has 200 pedigree Aberdeen Angus cows and 50 commercial embryo recipients.

Mr Elliot is happy to share the complete build plans for the trailer for a small donation to the Royal Scottish Agricultural Benevolent Institution.

A calving hurdle can be fixed to an existing cattle hurdle, wall or post. It folds round to the animal’s side.

The calving hurdle from Bateman also features removable side bars. The upper bars can be removed for caesareans and the lower bars removed when a calf is suckling. 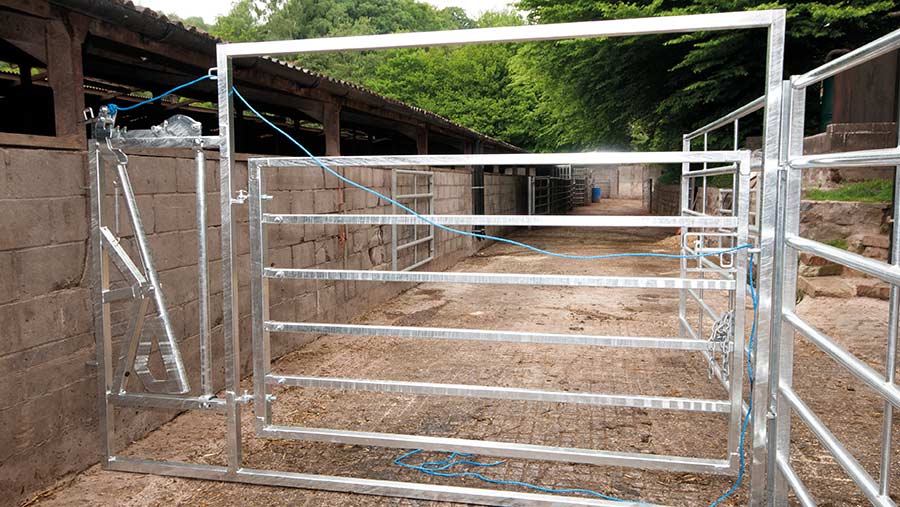 A heavy-duty frame surrounds the whole unit. The yoke section on the front of the unit has a variable adjustment making it extremely versatile.

“It can be used to make up into a pen when a cow is due to calf. If a vet or farmer needs to see the cow or help the calf suckle, they can do so safely with the cow properly restrained,” he says.

The hurdle can also be used in the field to make up a temporary pen.