Jonathan Hames switched from dairy to beef farming two years ago when the milk price crisis took its toll.

Familiar with managing dairy youngstock, he changed to rearing Aberdeen Angus-cross dairy calves to sell as stores at his family farm in Kilmington, Wiltshire.

He decided to look at ways he could make the best use of the buildings and grazing platform previously used for the dairy herd.

He told Farmers Weekly how he has applied ideas from the event to his own housing system. 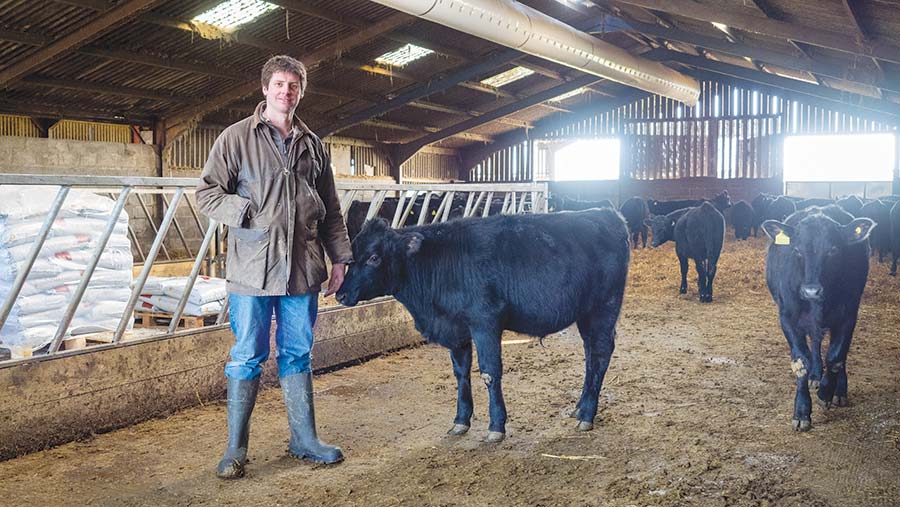 First, Mr Hames focused on air quality within the youngstock building. He did think about removing boarding from the shed walls to improve ventilation – but at 700ft above sea level the winters can be harsh, so he looked into other options. 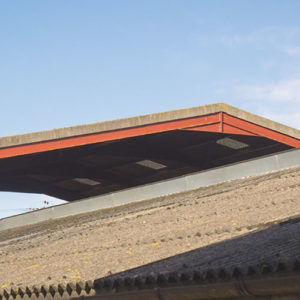 He opened up a ridge in the roof of the shed to aid air flow and capped it to manage moisture levels.

He worked with his vet, a calf specialist from Shepton Vets, to calculate the outlet required in his low-roofed building.

The fan Mr Hames has installed has five settings.

At this time of year, he runs the fan (connected to a ventilation tube running the length of the building) on the lowest setting, just to keep ammonia levels down, but he says that it is obvious the air quality in the shed is much improved.

Letting off smoke bombs inside the shed before and after fitting the ridge and fan demonstrated this, with smoke disappearing much more quickly after the changes were made.

Mr Hames completed the installation himself. The fan cost just shy of £1,000 and has a running cost of 70p/day when it is on its highest setting.

Last autumn and winter, he treated about 15 calves for pneumonia, but this year he has not seen a single case. He believes the ventilation system has been the key change. 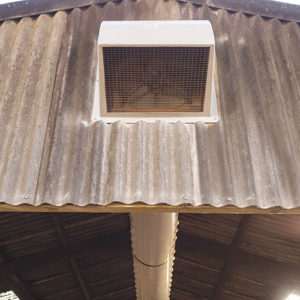 As well as getting moisture and stale air out of the building and fresh air in, Mr Hames looked at the air inlets and temperature to avoid younger calves getting cold.

He has fitted Stokbord (a recycled plastic sheet material) on the bottom of the shed gates to block draughts.

He has also been using barley straw bales inside the building to preserve the temperature – small calves do not produce enough heat to trigger the stack effect, so using a wall of straw bales can help with this.

The straw also provides something warmer for calves to lean on, rather than the cold materials of the shed wall.

Mr Hames weighs all stock at three-month intervals and has seen promising results in his latest batch of calves.

He uses the Blade rearing guidelines for Aberdeen Angus-cross animals as a benchmark for the performance of his own stock. 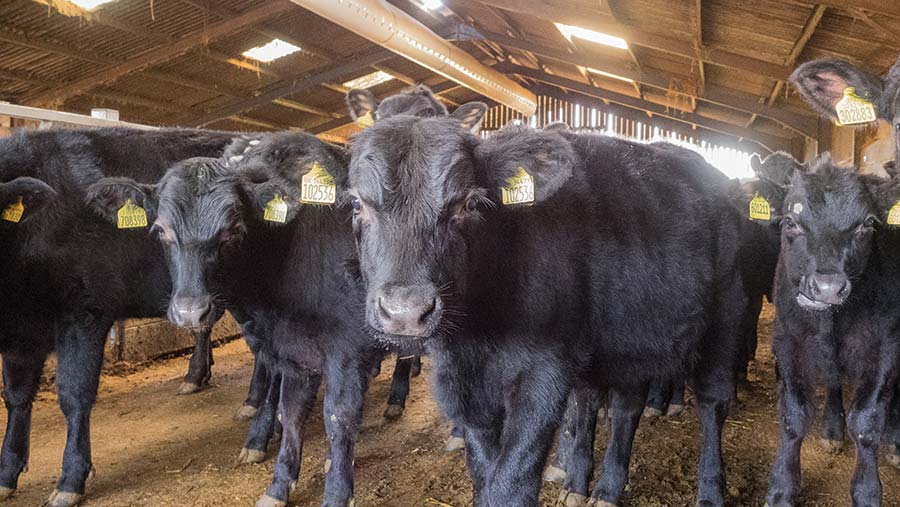 He is getting animals to more than 500kg by 15/16 months. He is aiming to sell them as stores, but a recent TB breakdown has limited his options.

Speaking about the Rethinking Cattle Performance workshop, he says: “The event has taught me that attention to detail has a huge effect on weight gain, and general calf health. Seeing the results from better management is a huge inspiration to maintain the standards I have adopted since going on the course.”

1. Get an outside perspective

Get someone such as a vet to inspect your building, because they will see things you don’t.

It’s good to get a fresh pair of eyes to have a look at the whole system for other points of view.

Calves lick everything, so it is vital to pressure-watch and disinfect everything within the shed to get rid of bacteria. Operating a batch system makes this easier.

3. Don’t be afraid of antibiotics

With the rate disease can spread through youngstock, don’t be afraid to use antibiotics when necessary. It’s important to stop blanket treatment with antibiotics and use alternatives where possible, but it’s also important to tackle disease in a single animal to stop it infecting the rest of the calves.

Thanks to ABP, Volac and Zoetis, whose sponsorship made it possible to run the Rethinking Cattle Performance workshops. Farmers Weekly had full editorial control of this article.

The Rethinking Cattle Performance events will be back for 2018 – you can register your interest now.