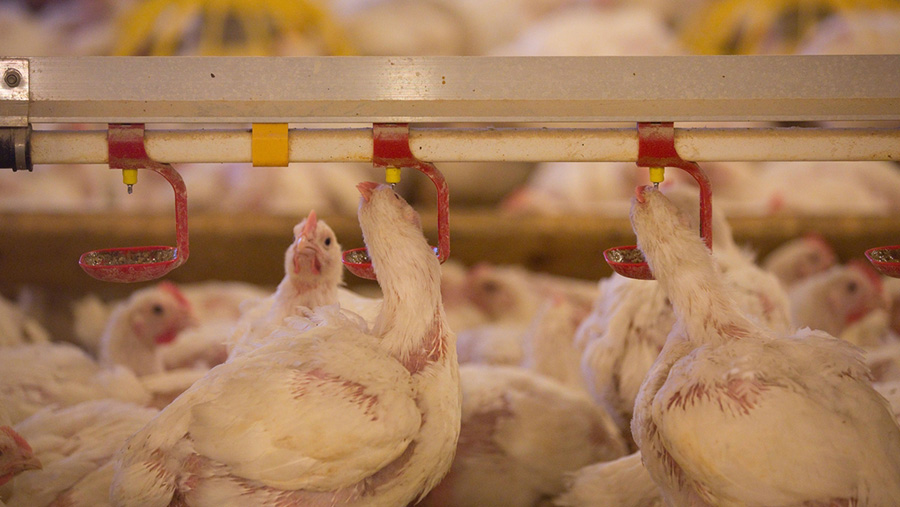 A prospective broiler farmer faces a large initial investment. A development worth its salt will cost upwards of £1m, but the reward is a steady income from what may be the only farming sector that consistently generates a profit.

Poultry World has asked experts in planning, construction and marketing the key aspects to consider if thinking of erecting sheds.

While the potential for return is undoubtedly there, getting it wrong initially can cause huge problems later down the line.

With the land available to develop, prospective broiler producers seeking planning permission must have a clear idea about the size of the unit they want to create and to have made contact with the Environment Agency (EA) before approaching a planning consultant.

Guy Maxfield, associate director of national consultancy Indigo Planning, says while there are environmental impact assessment (EIA) regulations to be met which will be relevant to the size of the proposed unit, an initial discussion with the EA is essential to determine if issues such as ammonia deposition are likely to be an issue affecting approval.

A broiler farm with more than 85,000 birds falls under Schedule 1 EIA and automatically assessed. Below that number of birds the unit would fall into Schedule 2 EIA, which means the local authority would first assess the application’s environmental impacts to decide whether screening should take place.

Much of its deliberations would focus on the “sensitivity” of the site and its proximity to other environmental or ecological sites close by. The deposition of ammonia would be the primary concern.

“So the first question a prospective broiler producer must ask is whether or not the development is going to fall within EIA regulations. Having established that it is, it’s then necessary to look at what else may be potentially affected,” says Mr Maxfield.

“Is it near local centres of population? Is an application likely to meet with local objections? Will an application fail, even if it reaches the planning committee stage, because it just doesn’t have the political support it needs to get this over the line.

“Having local people on side is important but isn’t always easy if an application is made in a rural area where such a development isn’t welcomed,” adds Mr Maxfield. 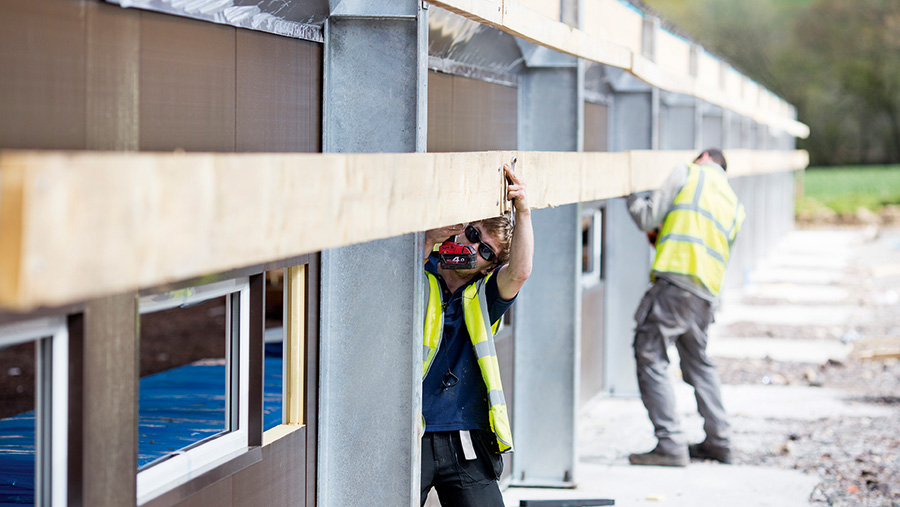 He says that before sheds can be stocked an environmental permit from the EA is required for any broiler farm with more than 40,000 birds.

“It covers pollution risks and is a totally separate authorisation procedure from the planning application.

“But it’s important to stress that both the local authority and the Environment Agency should be brought into discussions about a potential development before the actual planning application is made.”

It is also necessary to have a “fairly good” road network servicing the broiler unit site.

“All local authorities differ in their interpretations of ‘good road accessibility’ but a good highway network ticks a lot of boxes when it comes to planning approval,” says Mr Maxfield.

“Good transport links, no adverse impact on environmental or ecological sites or local populations and an avoidance of having HGV vehicles associated with the business passing through villages or similarly populated rural areas, particularly during the night, are the issues that need to be closely considered at the outset.”

While the livestock sector in general is facing tough times, it’s all systems go when it comes to broiler production to supply the ever-growing consumer demand for white chicken, according to Jason Docherty of shed maker Turkington Systems.

And if it’s British produced chicken it seems that the demand is just going to keep on growing.

“Finding a processor to buy your birds is absolutely fundamental to setting up any broiler business and is the first thing that must be addressed – even before any thought is given to the size of the initial start-up enterprise.

But Mr Docherty says it’s the contract struck between the producer and the processor that will govern the annual output of the unit, the size of the sheds and the number of sheds.

“If we were advising a new start-up business I’d begin by introducing the producer to various processors to open up discussions about what they would be prepared to buy and what contracts may be available. 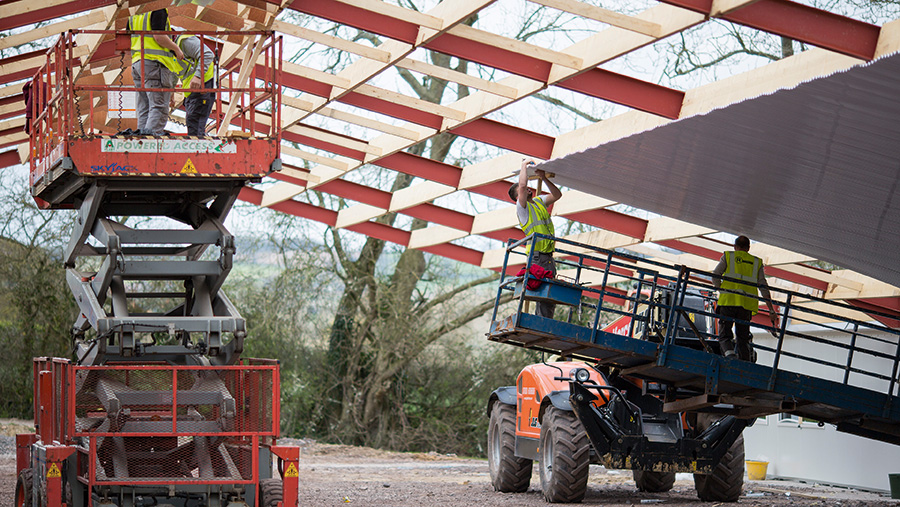 “There is no point in doing anything until a processor and a contract has been secured,” says Mr Docherty.

The costs of setting up a new broiler business are substantial. A broad-based calculation for a typical four-shed system would include each shed costing £200,000-plus.

But the “birds-in” date will once again be dictated by the processing contract  – and most processors will not give a producer that date until all planning approvals have been granted.

Mr Docherty says the cost of the sheds is not the major spend when compared with overall expenditure.

“The groundworks and concrete will account for another £50,000/shed depending on the location. The internal infrastructure of feeders, drinkers, heaters will cost £100,000-£150,000.

“Renewable energy sources are now a prime consideration of the way modern broiler units are run. Overall we’re looking at a payback time of five to 10 years.”

Turkington Systems also acts as consultant to new starters in the broiler sector and can be involved in every detail of the business from the outset.

“There’s a lot of co-ordination required to manage the setting up of all the different stages and elements of a broiler business so new producers need to consider how that can best be achieved.”

All matters relevant to the type of birds to be produced, growth performance targets as well as the feeding and management systems to be employed will be influenced by the processor and the contract.

“The processor will have a massive influence and newcomers to broiler production must be ready to embrace this level of involvement in their business.

“Compared with other livestock systems this is one where there is very close and on-going connection between the producer and his buyer.

“There is hand-holding for as long as the producer needs it to make sure birds are up to standard and the system is running efficiently.”

Shropshire-based broiler producer and consultant David Kynaston says it is absolutely essential for any new broiler venture to evaluate every possible marketing option before setting up the business.

“Margins are very tight at the moment and finding a processor to buy birds is difficult because the level of national production is so high.

“It used to be that a new business would set up the marketing system for the birds at the very outset.

“Nowadays more units are being created before they have even spoken to a processor and it’s making the market unbalanced because there are now always birds out there that can readily be bought,” says Mr Kynaston.

“If I’ve got empty sheds and I want to put birds into them it’s the independent buyers that I’d be going to.”

The best advice he gives to any new broiler business is to first start talking to all local processors within feasible striking distance of the unit – and that may be from 50-100 miles radius.

“The distance is very relevant to the processors who are only prepared to collect birds from within their stomping ground. It’s all cost driven and even more so now that contract hauliers are used by processors.”

There will be some kind of agreement between producer and processor – usually a three-crop notice period with the price to be agreed per month.

“So for example, if I place birds on 1 April I get a price schedule for April but my birds won’t be sold until May,” says Mr Kynaston. “It’s a rolling agreement based on a crop of birds every seven weeks so it’s basically a six-month agreement.

“If you want to stop the agreement you have to work out the three crops. Similarly if you sign up today and they pull out tomorrow you still have the three crops to sell to them but the price paid is set per month.”

Mr Kynaston says the stark reality of modern broiler production is that you are setting up a business in which you have little control over the market you are selling into or the price you will be paid.

“The integrated companies operating in the broiler sector – which are involved with supplying chicks and feed – set their prices each month. So if I place birds on 1 May then I will know what I am going to get when I sell them.

“The independent buyers such as those supplying the halal trade can make price alterations that come into force within days. The independents are business that own a factory and that’s it.

“They don’t get involved with any supplying of chicks or feed – but they have the option to change the price they pay whenever they want to although some independents are now requiring chicks to be sourced through their company.

“But whatever marketing option is chosen it’s essential to ensure you have an outlet for your birds before you start producing.”