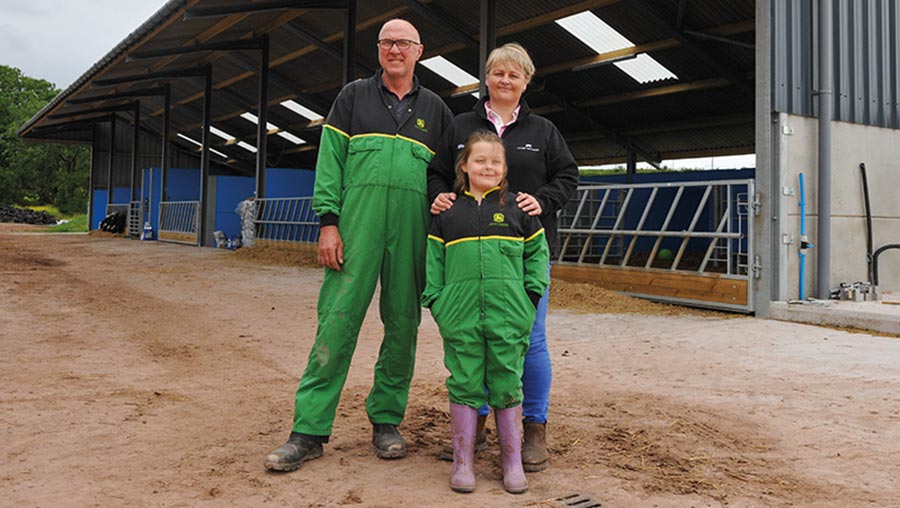 Andrew, Bethan and Elen outside the new shed © Debbie James

Involving a team of professionals including vets and building experts in the design of a new calf shed has helped a Welsh dairy farm create fit-for-purpose housing for rearing its future heifer replacements.

These were poorly ventilated, resulting in a high incidence of pneumonia and compromising performance.

With an ambition to reduce age at first calving from 27 months to 24 months, Mr Richards invested in purpose-built facilities to provide a healthy environment for calves and to reduce labour. He has had no cases of pneumonia since populating the shed.

See also: How to improve old calf sheds on a budget

The business, which marks its 100th year in 2021, is using sexed semen and genomic selection to get into a position where it can increase cow potential and herd size, and generate additional income from the sale of surplus heifers.

Just two months after the new building was commissioned, the investment is paying dividends – as we discovered when Mr Richards, his partner, Bethan Jenkins, and their seven-year-old daughter, Elen, showed us around. 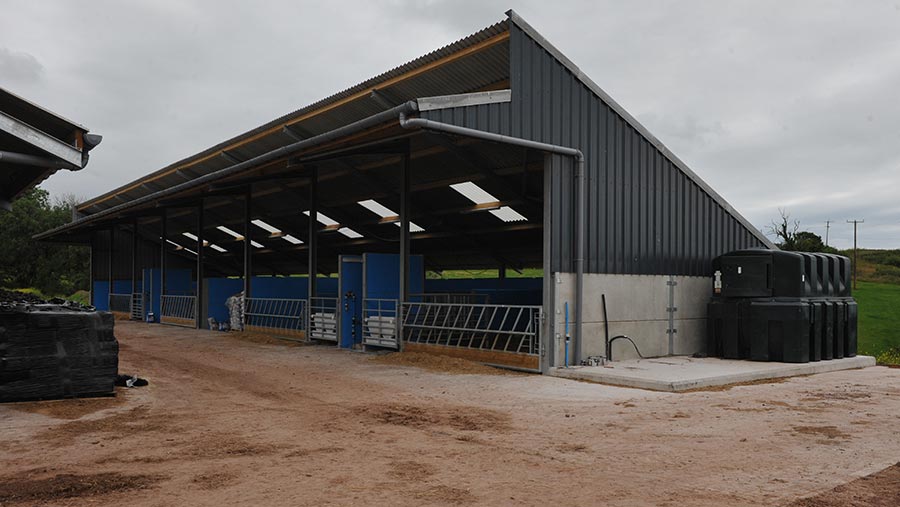 I was keen to involve people with expertise in calf health and building design.

Our farm vet, Sara Martins, of Market Hall Vets in St Clears, is studying calf rearing for a postgraduate certificate, so it was helpful to have input from her and from other vets at the practice.

The calf specialist at our feed supplier, For Farmers, also gave advice, as well as farm equipment manufacturer IAE.

I had an idea of what I wanted the building to look like, but having advice from so many knowledgeable people was valuable.

We had a piece of rough ground at the bottom of the yard which was the ideal spot because the north-facing, open front would be sheltered by another shed and there would be good ventilation from the prevailing wind at the back.

The shed fabrication was carried out by Matt Price Agri Weld, the building was erected by John Morris Construction, and the concrete works were done by Sylwester Construction Ltd.

The steelwork was supplied by IAE. The design specifically incorporated the use of standard-sized gates which are easily available as opposed to costly custom-made ones. 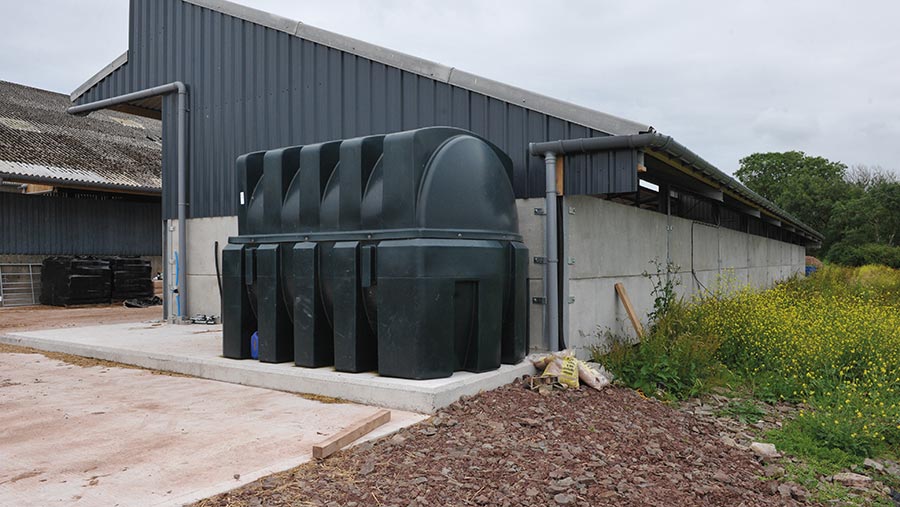 Tell us about the shed’s specifications?

It measures 36x7m. Three sides of the shed have a 2m high wall. Each of the eight bays is 4.5m wide.

The roof has a 1m overhang at front and back.

Everything has been designed to maximise ventilation but minimise moisture. The calves have good shelter because there is no down-draught from the walls.

The roof is made of cement fibre sheets with a 3m-long Perspex roof light above each bay.

The pens measure 7×6.75m and are designed to hold 15 calves – each pen covers one-and-a-half bays and is divided by pre-stressed concrete panels. The middle pen is a sick bay and the two either side are separate, designated pens for housing a batch of calves born in the same month.

We have organised it so that there is no more than a four-week age difference in each group.

Quite a few sheds are designed with a passageway in the middle, but I wanted the access to each pen from the open front to minimise the spread of disease should there be an outbreak in one group.

We have painted the pen walls with parlour paint at the suggestion of our vet because it doesn’t absorb moisture and is easier to clean when pressure washing and disinfecting.

The initial budget was around £50,000 but as everything was on hold because of the pandemic, when we did get started prices had gone up by about 20%.

The way it is ventilated; the shed is very airy.

What has been your best buy, and why?

The automatic milk feeders which we bought second-hand.

There are two feed stations, each servicing two pens. We’ve fitted a door between each of the two pens so, if needed, we can give just one pen access to the machine. 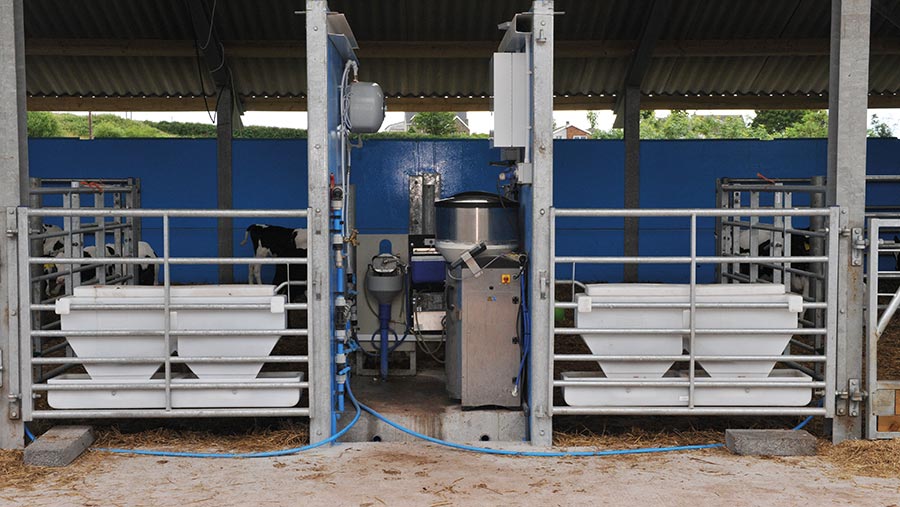 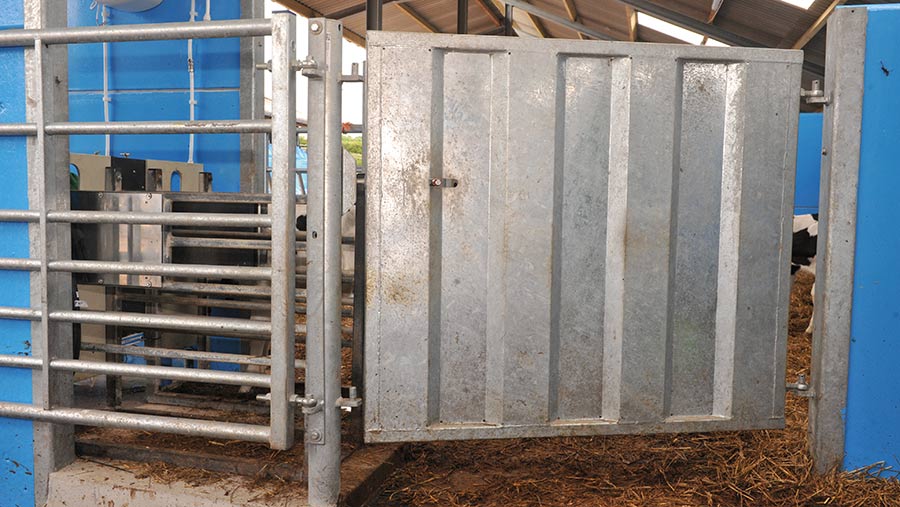 These have allowed huge labour savings. Previously, each feed took about 45 minutes, so that was an hour and a half every day with twice-a-day feeding.

The calves are very settled – they hardly make a sound when someone is around, whereas they would be calling when they were on twice-a-day feeding.

The small nipple water drinkers were also a good buy as they stay clean. 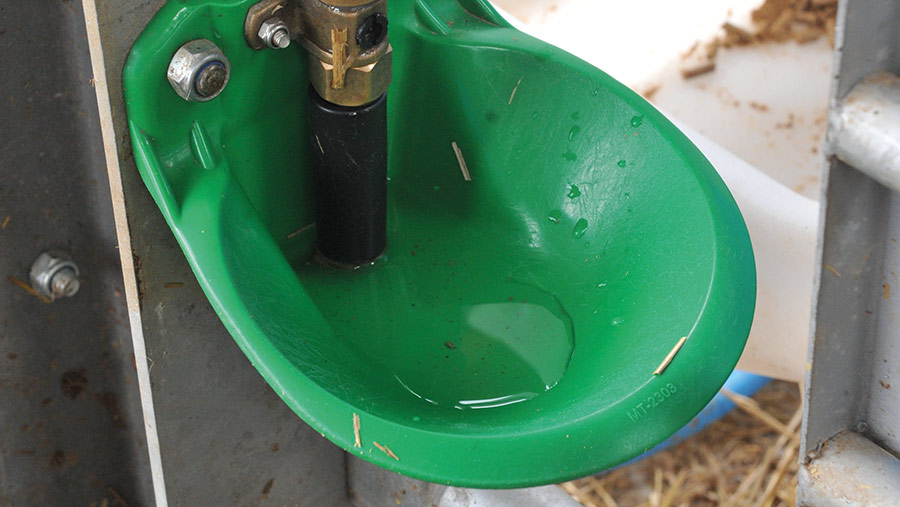 It is early days – we haven’t been through a winter yet – so it is probably too soon to say if I would change anything, but there are a few features we are still working on. For instance, we are going to install electric patio-style heaters in each pen before the autumn.

I’ve used calf jackets in the past, but I’m not a fan, so we will position heaters on movable arms to provide warmth where it is needed.

The shed is on the same level from end to end but there is a 0.1% fall built into the drains. Moisture runs along 18m of drain, and it is then piped to a 1,500-gallon concrete effluent tank.

There is also a 1-in-20 fall from the back of the shed to the front feed passage which keeps the straw-bedded pens dry; we only need clean them out once a week.