Average cow weight in the spring-calving herd is 671kg, with the deadweight producer aiming for a herd at 650kg. 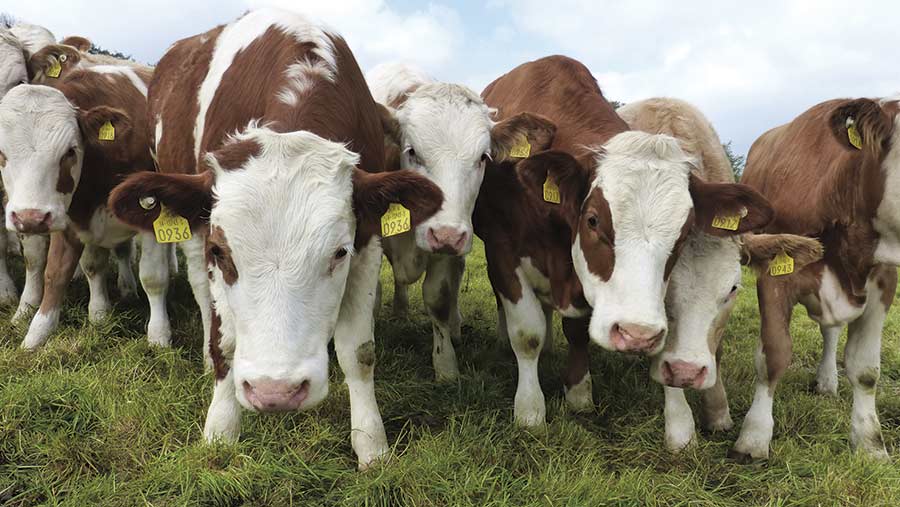 Alongside increasing grassland production by rotational grazing, moderate-framed cattle are enabling the Moyhan herd, Ardfield, to be farmed more efficiently.

There are now 80 females on the Cork coast farm, all rigorously recorded as part of the national BDGP programme paying farmers involved a subsidy tied to the land.

Over half the herd is five-star rated (within the top 20% of the breed) by the BDGP, which Mr Moyles says includes some of his biggest and smallest cows.

“We have five-star cows that are more than 800kg, the key thing is finding them,” he explains. “A seven-year-old is 840kg and rated highly but then again so is a four-year-old only weighing 586kg.”

Mr Moyles’ focus has been to find the lighter and more efficient star performers.

By subsidising farmers €80-€95 (£70-£83) a cow on average, the BDGP requires breeders to rate cattle performance objectively and only use four or five-star bulls.

“It has caused a bit of upset in the industry for sure,” admits Mr Moyles. “People are being told their favourite cow is their worst cow, which is hard to accept.

People are being told their favourite cow is their worst cow, which is hard to accept Tommy Moyles

“When people realised you didn’t need all your cows to be four or five-star cows things calmed down.”

But for the Moyhan herd, involvement in the data programme is a “no brainer” where easy calving credentials, managing good weaning weights and fertility are priorities.

The programme stipulates that by 2018 and 2020 the Moyhan herd must contain 12 and then 29 four or five-star cattle to qualify for payments with the BDGP. However, because Mr Moyles is ahead of the curve, 52 cows rating four and five star (90%) at the start of 2016. 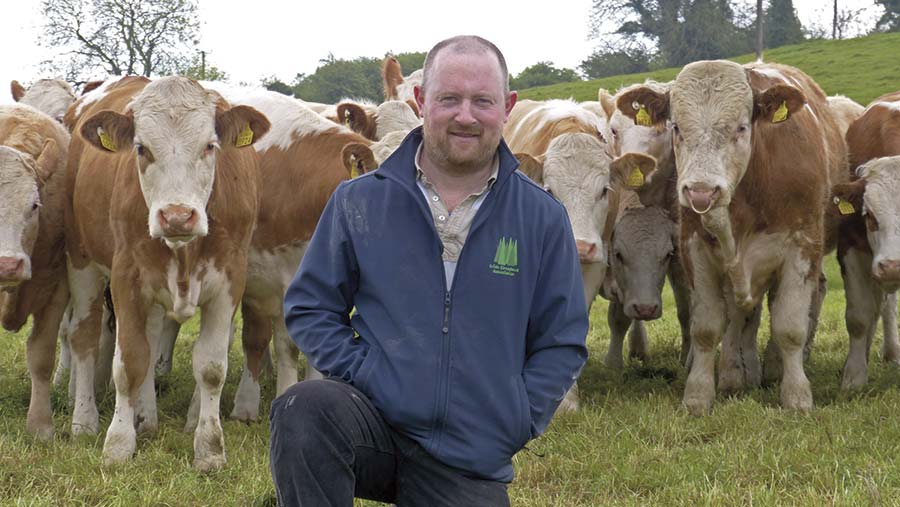 Six requirements of the BDGP

How Mr Moyles uses the scheme

All Moyhan stock are genotyped with a tissue tag under the BDGP. Information is fed back from the ICBF to the farm which is considered and helps inform breeding decisions.

“If I was using more AI and my herd wasn’t closed then this information would be even more useful to me,” explains Mr Moyles.

“Generally, I pick bulls with calving ease in mind. They must be high replacement index as well as being polled as I’m trying to go down that route.”

He says the BDGP puts pressure on herds grading up their proportion of four or five-star cows to 20% and then 50% but because of the farm’s commercial focus, this was easily achieved.

Star ratings are checked by inserting an animal’s AI code or tag number into the ICBF website. Ratings are updated in April, August and December.

To qualify for payment under the BDGP all calves have to be weighed and a calving ease (1-4) and vigour score is also given. A caesarian earns 4, 3 is a calving jack, 2 is some assistance and 1 is unassisted.

Calving scores this year stand at 1.38 on average. A camera is fixed in the calving shed, which has allowed the cows to be monitored easily.

Since recording average birthweight has been lowered from 40kg to 38kg.

Calving ease and fertility are essential for a good rating in the scheme, which targets a beef cow having a calf every year.

“You can’t see fertility so the priority is a short breeding window,” adds Mr Moyles. “We usually manage 95% of cows in calf within 10 weeks.”

A small number of the pedigree cows are AI’d to pure Simmental, while Simmental stock bulls carry out 90% of services on the farm.

Benefits of the scheme

As well as being able to increase herd size, the herd is becoming more productive. In 2016, 66 cows calved weaning 47% of their weight off grass, silage and only 1.07kg of concentrates a head, mostly which went to train heifers. This was above their three-year average of 43%.

Stocking more cows and higher weaning weights mean the farm has weaned 4,394kg (liveweight) more calves in 2016 than in 2013.

And while efficient cows are giving more calves to sell each year, they also meet the deadweight specifications at Kepak, says Mr Moyles.

The last kill sheet showed 86% of bulls achieved R+ grade and 75% U grade from an ad-lib silage/straw and a 13ME 17CP finisher pellet diet for 100 days at 8.5kg a head a day in the final month with an average slaughter age of under 14 and a half months, earning the farm £2.29/day before costs. 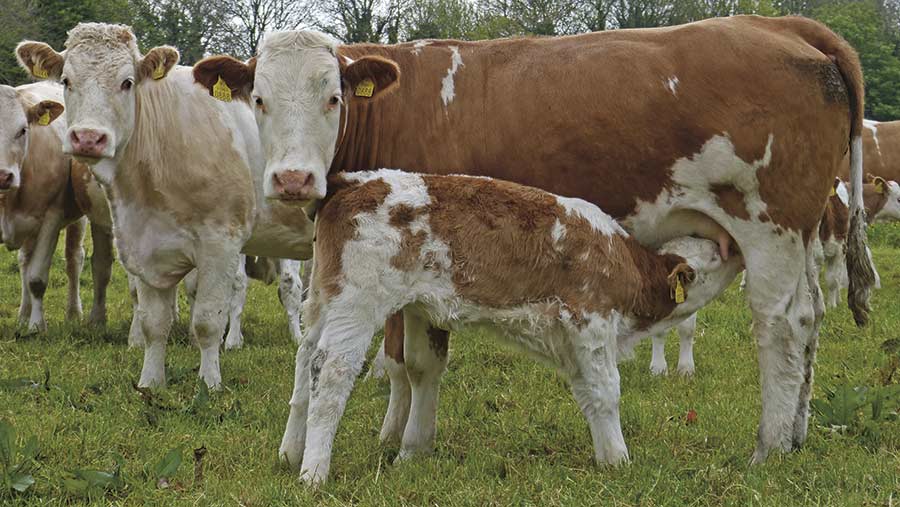