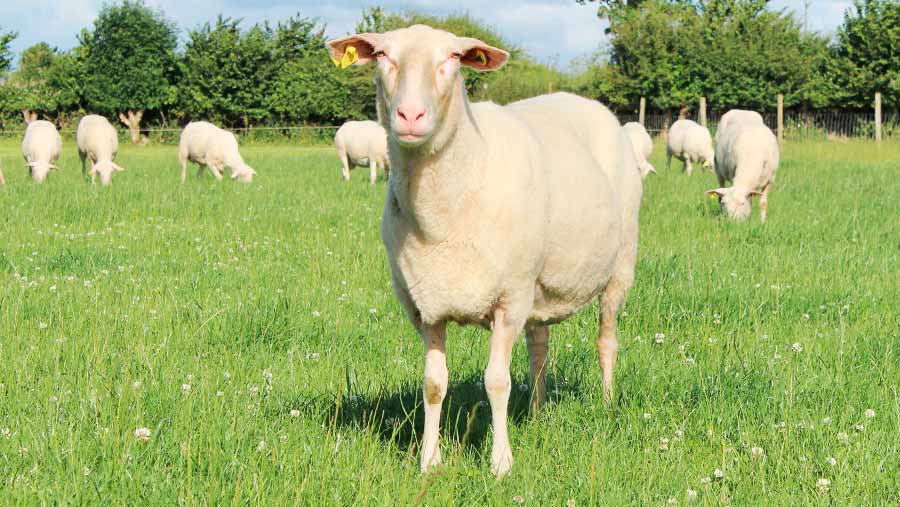 Exploiting milk production from grass is giving Irish dairy farmers Barry and Lorraine Cahalan a cost of production advantage over the housed sheep systems more common in the UK.

The couple, who milk 200 Frieslands in Terryglass, County Tipperary, are paid €1.40/litre (£1.25/litre) for milk surplus to their requirements for their own cheese-making business.

But cost of production is kept at 80 cents/litre (71p/litre) by producing as much milk as they can from pasture.

See also: How to get good returns from milking sheep

The Cahalans established the flock in 2012. Mr Cahalan’s parents had been running a mixed sheep, beef and arable enterprise, but they wanted to simplify the system.

“We liked sheep but the margins were quite tight. We also looked at the cost of setting up a dairy cow unit, but it was expensive to get that established because we didn’t have any suitable infrastructure,” says Mr Cahalan.

They also looked producing goats milk, but the market was over-supplied.

It was cheese-maker Marion Roeleveld, whom Mrs Cahalan had spent some time with during a work experience placement, who gave them the idea for establishing a sheep milk business.

“She provided us with some contact details and after doing some research we could see a lot of potential in producing sheep milk,” Mrs Cahalan recalls.

They visited dairy sheep set-ups in the North of England and in Holland and realised there was a gap in market for grass-based systems.

“A lot of the systems are indoor so the yields are higher, but so are the costs. One of our advantages is that we can grow a lot of grass so it made sense for us to capitalise on that,” she adds.

Securing a supply contract was one of the more challenging aspects of sheep milk production. In Ireland, there is no co-operative for sheep milk so there is no lorry that comes along to pick it up.

“You have to find someone to process the milk and you have to deliver it to them,” Mr Cahalan explains.

With this in mind, they felt that making cheese from the milk seemed the best way forward.

They now sell six tonnes of Cáis Na Tíre cheese a year and sell the surplus milk – 500 litres a week – to another cheese-maker.

Although there were existing buildings on the farm, there was nothing suitable for converting to make way for the new enterprise, so the Cahalans invested about €80,000 in a nine-bay shed with provision for housing, a 20/20 rapid-exit parlour with 10 units on either side and cheese storage facilities.

In 2012, they bought 60 Friesland ewe lambs at five days old from another farmer who was milking sheep.

Lorraine and Barry Cahalan produce most of their milk from pasture

“We wanted to find our feet with a small number first until we had established our market and we chose the Friesland because it is specifically bred for producing milk and it has a long lactation,” says Mr Cahalan.

The first crop of lambs was reared through to lambing in the spring of 2013, when the first milk was produced. The flock has been steadily increased to 200.

Ewes are milked twice a day and dry off naturally, without dry cow tubes or sealant, once milking is reduced to once a day.

“We are learning as we go along but in early autumn, when the days are shorter, we cut the milking down to once a day for a few weeks and feed them hay. It takes them two or three weeks to dry off.”

It takes only one-and-a-half minutes for a ewe to milk out, so the milking process is quick – between one-and-a-half and two-and-a-half hours, depending on whether there are one or two people milking.

The flock is in milk from the middle of February to the beginning of October. Ewes produce an annual average yield of 300 litres at 5.5% butterfat and 5.1% protein from pasture and 1kg of concentrates a day.

The sheep are housed for three months in the winter, bedded on straw and fed a silage-only diet. Ewes are turned out to grass as soon as they have lambed.

Sheep are run on a paddock-grazing system for most of the year.

“The flock gets about three to five grazings per paddock,” Mr Cahalan explains. “We take two cuts of silage off three large silage fields and any paddocks that get too strong throughout the year are cut and baled also.

“All silage is made into round bales. We also try to make a few acres of hay every year, which we use when drying off our ewes at the end of their lactation.”

The Friesland breed is prolific: the Cahalans’ flock scans at an average of 200% and mostly achieves 1.9 lambs born.

The breeding pool in Ireland is relatively small, so bringing new rams and ewes into the flock can be very expensive.

To provide replacements, they select 60 of their best milkers to cross with a high-performing Friesland ram.

The remainder are crossed with a Charollais or Beltex, to increase the meat value of the lambs.

“We keep the best females and everything else is sold to a rearer at four or five days old where they are reared on automatic feeders,” says Mrs Cahalan.

With some parasite control products not registered for use in milking ewes, they need to be shorn several times a year.

Mastitis is rare, but any cases that do occur do so soon after lambing. “We treat them immediately, but once a ewe gets mastitis it is very rare that she will make it so she will most likely be culled,” Mr Cahalan explains.

The milk is delivered to Marion Roeleveld in County Galway twice a week and made into a hard cheese, which the Cahalans have branded as Cáis Na Tíre. Barry likens it to the taste and texture of Manchego. “It has a crumbly texture and the more mature it gets, the drier it becomes.”

The cheese wheels are returned to the Cahalans’ farm after a month. They are then matured in a dedicated store where the temperature and humidity levels are carefully controlled. Each wheel must be turned and wiped weekly. 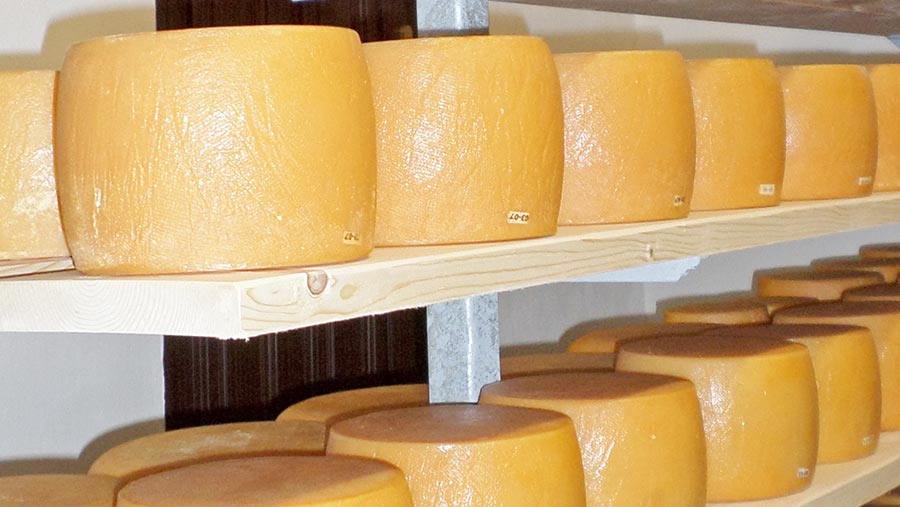 While the cheese matures, it is not generating an income – so milk sales are important for cashflow.

“One of the downsides to making a hard cheese is that you have the cost of making it but don’t see a return for at least a year: we don’t get paid until we sell that cheese,” says Barry.

The focus of the business in the five years since it was established has been to grow sheep numbers, but now the 200-ewe target has been reached Mr Cahalan says the time has come to focus on cheese-making themselves.

Originally, an arrangement that had started with Marion Roeleveld making their cheese as a favour developed into a five-year partnership. “Making our cheese has been creating extra work for Marion, so it is now time we learned to make it ourselves,” says Mrs Cahalan.

“We will need to make sure the taste and everything else are the same but we will be making it to the same recipe, which is based on the Tomme recipe from France.”

This will require further investment, in cheese-making facilities, and the Cahalans are hopeful of securing a grant for these.