The desire for a new challenge drove New Zealand dairy farmers Shane and Eileen Walker to switch to once-a-day milking.

The reward has been improved cow fertility and reduced lameness, as well as delivering a better work-life balance.

The couple, who milk 770 cross-bred cows at Pinnacle Farming Company, Gore, initially dabbled in once-a-day milking during the first three weeks of spring calving to alleviate pressure on labour. 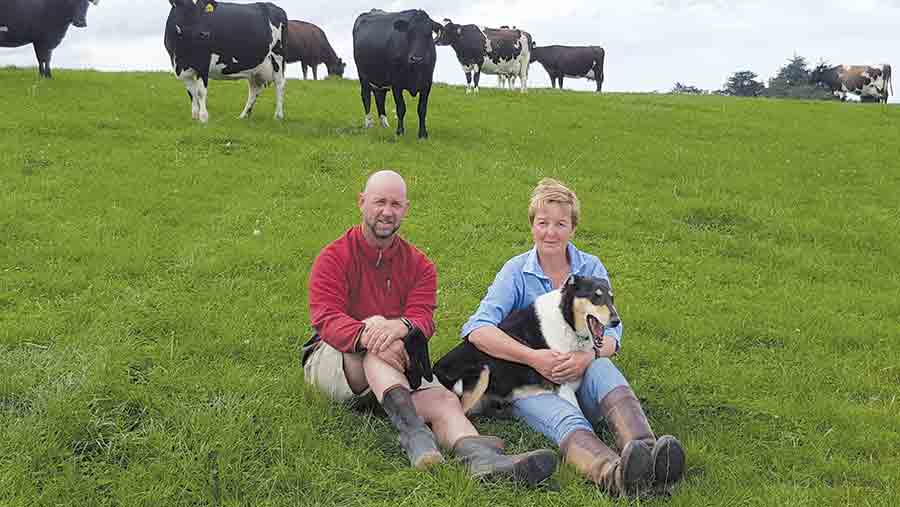 While successful, it wasn’t until 2013-14 that they fully transitioned from twice-daily to once-a-day milking, after a conversation with their equity partner, who had made the switch five years previously.

“Her figures were enough to convince us,” admits Mr Walker, who says the change in direction has given him and his wife a new burst of enthusiasm.

This is the Walkers’ third season of once-a-day milking and they are enjoying the benefits it brings.

“Once-a-day milking is certainly kinder on people and the stock. I have never seen the cows so happy. Physiologically they are much happier. They skip round the paddock.”

Previously cows were milked in the farm’s 50-point rotary parlour from 5-9am before being milked a second time from 2-5pm.

Now cups go on at 6.30am and the entire milking routine is complete by 11am, explains Mr Walker.

Time in the parlour has been reduced, although labour costs are similar.

The Walkers chose to retain their original staff, with a second employee taking over milking partway through the shift at 8.30am.

“We haven’t saved labour because at this stage in my career I didn’t want to get back in the shed full time. But I actually find milking quite relaxing now,” adds Mr Walker.

The move has had a profound impact on fertility, with six-week in-calf rates improving by nearly 20%.

“Historically we had good six-week in-calf rates of 79% but last year we moved to 89% in-calf within six weeks and our empty rate has halved from 9-12% to 5%,” explains Mr Walker.

Lameness has also been reduced as the cows walk back and forth to the parlour less. 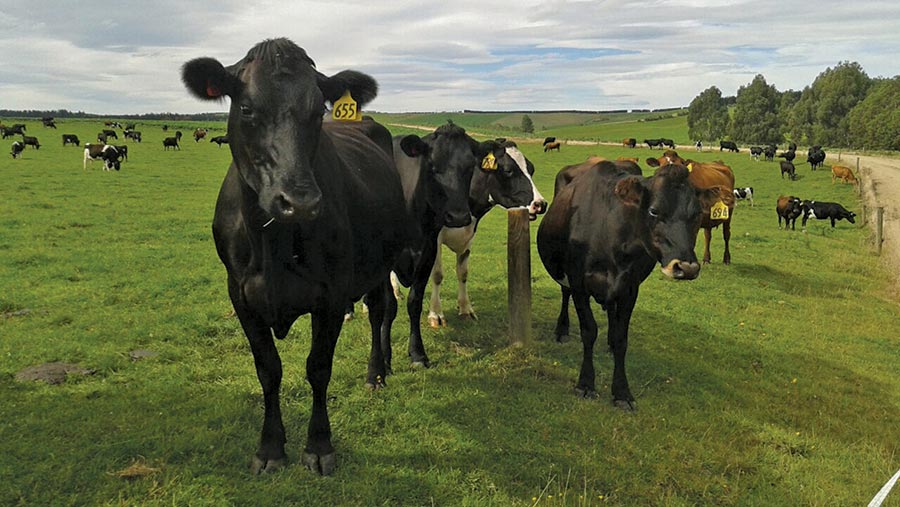 “We would have been up to 40 cows lame at peak season, but now that would be down to about 15 and, later in the season, no lame cows.”

Mr Walker attributes this to having cows in better condition at drying off and subsequently when they calve the following spring.

He says having more time in the afternoon for measuring grassland means he is having more success hitting residuals too.

“I happily stick cows back in paddocks to clean it up and having more time in the day to make decisions is good.”

Somatic cell counts haven’t risen since the switch, says Mr Walker, whose herd has remained at a constant 140,000 cells/ml until this year, when wet conditions caused them to rise to 180,000 cells/ml.

“It is a myth to think your cell count will double,” he adds.

“Some cows don’t cope with twice-a-day; they tend to dry off early and get fat, but we have less and less of those every year.

“The first year we probably had up to 30 cows that dried themselves off come February and March and became passengers.

“Initially we did keep some of the two-year-olds to give them a second go but that wasn’t the best idea.

“They tended to be useless the next year too.

“This year there are no cows that have slipped out of the system at this stage.”

On the other hand, some cows in the herd have given more milk compared with when they were being milked twice a day, says Mr Walker.

“Their solids ratio has improved too so they are more valuable to us.”

Even though milk production has fallen by about 8% compared with when cows were being milked twice a day, the business is testament to the fact that farms operating a once-a-day milking policy can rival dairies milking twice a day. 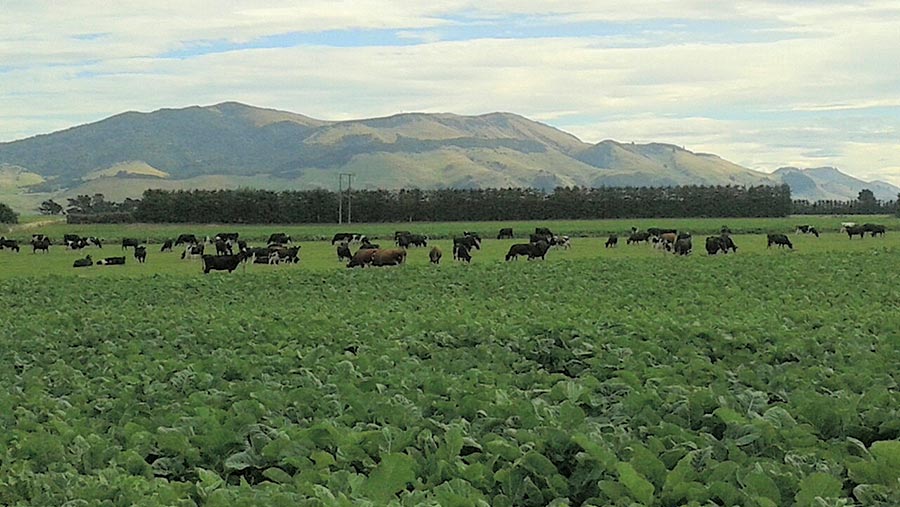 The Walkers’ farm in New Zealand

Cost of production has fallen slightly, from NZ$3.55/kg MS (12p/litre) on twice a day milking to NZ$3.46/kg MS last year, although Mr Walker reiterates that fixed costs have remained the same.

But Mr Walker says big improvements can still be made to increase profits.

“We used to be in the top 20% on a twice-a-day system so we have room for improvement on once-a-day. But we are certainly better than your average twice-a-day.”

He believes big gains will be made on the back of better herd performance: “We are never going to do the same production but our stock sales profits will rise significantly with higher fertility and more cows to sell.”

Mr Walker hopes by next season replacement rates can be reduced from 25% to 18% to help lower rearing costs and increase sales.

“If we can drop it to 18% we will still have the same number of heifer calves but we will have more animals to sell and lower winter costs.

“If we can have cows in better condition there’s an option to maintain them over the winter and feed them less.”

In the future, Mr Walker believes, quicker gains can be made if bulls can be selected for traits suited to once-a-day milking.

“What we have tended to do is disregard fertility criteria because it rights itself with a once-a-day herd so we have put our emphasis on udder support.”

Mr Walker believes once-a-day milking can help the industry overcome the challenge of attracting young people into dairying too.

“In Southland and Canterbury there are a lot of large-scale dairy farms with an average of 600 cows and they start milking at ridiculous times, like 4am, which causes massive burnouts.

“Once-a-day milking ticks all the boxes. It becomes a nine-to-five job. I feel it is sustainable on people.”

With Fonterra having just announced a further price drop to take the payout under NZ$4/kg MS (14p/litre) the Walkers say times are tough, even for low-cost systems such as theirs. “We are making a loss like most dairy farms are, but less of a loss – and we will be poised when things come around again.”

In the meantime the Walkers are revelling in the challenge once-a-day milking brings.

“It is quite exciting to crank it up to a new level again.”