Established in Ireland HerdInsights is a leading provider of reproductive and health monitoring systems which are designed to improve the efficiency of farm breeding programs and reduce health care costs through early illness detection.

Herdinsights supply to a wide range of countries including Ireland, UK, Australia, New Zealand, USA and South Africa, as our cloud-based system uses a multi-metric analysis to monitor each animal it provides a validated heat detection rate of 96%.

It is essential to understand the primary and secondary signs of heat in order to achieve accurate and efficient heat detection.

Getting it right is a challenge that involves a significant amount of labour expense, effort and guesswork. Yet getting cows in calf quickly is at the core of every farmers business.

According to ADHB the costs of poor heat detection in lost milk production, fewer calves, excessive culling and additional veterinary treatments have been estimated at £25,000/year in the average-performing 100-cow herd, equivalent to over 3.5p/litre.

Good reproductive performance of a herd comes down to managing the animals well throughout the season, helping them to calve early and recover quickly year on year.

To achieve this it is essential that non-cycling cows are identified and dealt with early and heat detection methods are both accurate and efficient.

A high rate of heat detection is critical to achieving good fertility performance in the dairy herd, particularly when artificial insemination is being used.

Optimal conception rates are achieved with AI around 12 hours after the onset of oestrus therefore, poor accuracy leads to cows being inseminated at the incorrect time and will decrease conception rates to an individual service.

However, with continued expanding herds, more cows per person, fewer management hours per cow achieving the high rates of heat detection which are required is a task which is becoming more and more difficult.

Reducing pressure on costs and labour

In order to achieve this and to avoid the pressure and costs of adding additional labour units many farmers are now investing in heat detection systems such as HerdInsights.

HerdInsights is a cloud-based ‘Smart Collar’ which uses a multi metric analysis to improve the efficiency of farm breeding programs and reduces health care costs through early illness detection.

By using a multimeric analysis on each individual cow’s behaviour HerdInsights can detect both primary heat detection signs such as mounting along with secondary signs which include chin resting and resting time, therefore taking the guess work out of it for the farmer with less time and hassle. 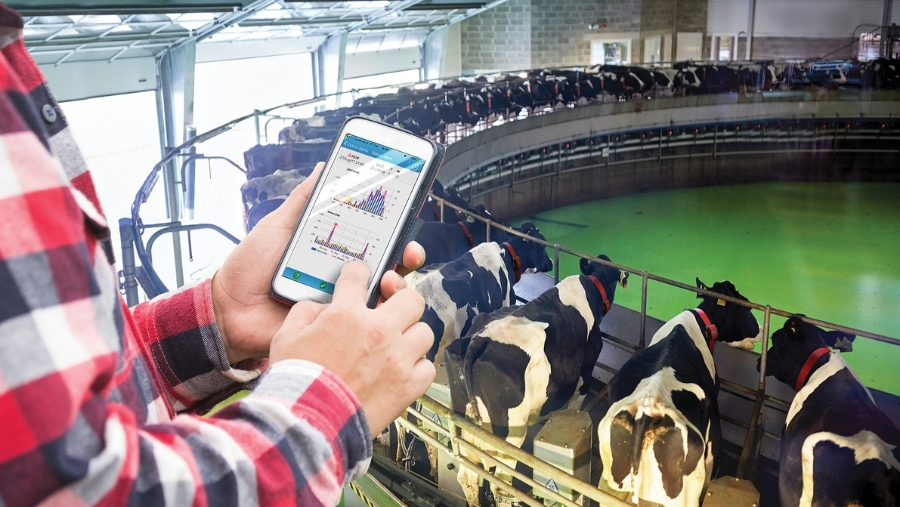 Andrew Leeson, owner of a 355 herd in one of three locations in Ireland, operated with two labour units he was facing labour issues and was looking for a more efficient system to manage his breeding program.

He recently took the decision to invest in the HerdInsights system, take a look at Andrew’s video to see the benefits he has found since installing HerdInsights.

In addition to the monitoring reproductive performance, we generate an individual cow’s health index which enables us to monitor the health of the animal, and can help identify illnesses such as ketosis, mastitis, lameness, DA’s and much more.

Find out more at www.herdinsights.com