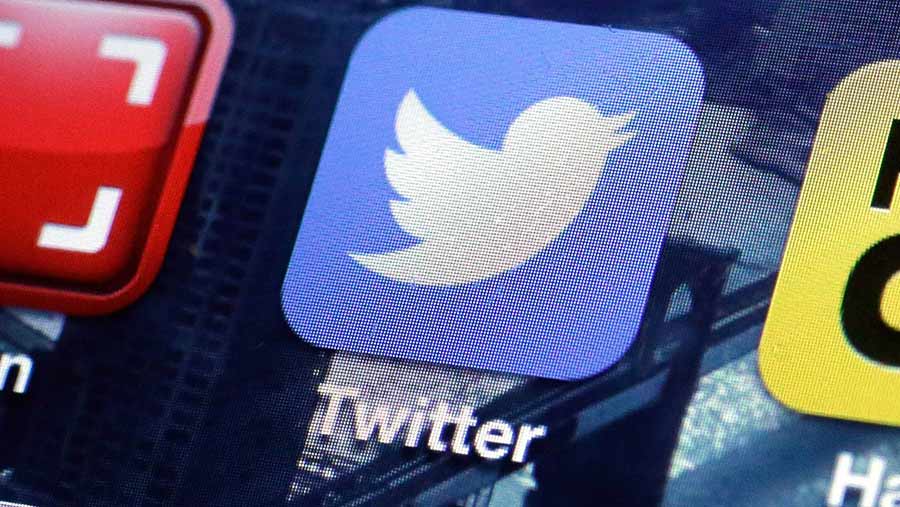 The farming industry is finding itself at the sharp end of negative publicity.

Orchestrated campaigns by the animal rights lobby, social media activists and even disgruntled neighbours are becoming more widespread and seek to discredit the industry and individual farmers.

The advent of social media means the bad practices of a small minority are magnified to uncomfortable levels and captured for posterity.

We examine some of the issues and enlist experts to advise on how farmers can deal with these issues head-on and in a professional manner.

Engaging with activists on social media

Activists are gaining traction thanks to social media and are influencing public opinion about farming.

A single post can quickly be shared by thousands even when its content is misleading or even  simply untruthful.

Within a very short time, this can have serious repercussions for a farm business or the wider industry. Campaigners can also get personal.

Livestock sustainability consultant Dr Jude Capper became a target for activists last year when she launched #Februdairy in response to #Veganuary – a social media campaign that encouraged people to try going vegan for a month.

She knew there were risks in raising her head above the parapet but was unprepared for the tide of “nastiness and vitriol’’ directed at her personally on Twitter.

“There was so much hate. I do wonder whether Twitter becomes an outlet for other issues in peoples’ lives,’’ Dr Capper says.

“We wouldn’t tolerate this sort of behaviour in public but on social media the boundaries of acceptability inexplicably shift.’’

But unless such messages contain specific threats, it is not a police matter, she explains.

Dr Capper admits she had a certain naivety in not foreseeing the reaction her initiative would provoke, but has since grown wiser.

Her advice to anyone who finds themselves in a similar situation is to be steadfastly polite and, if a question is a genuine one, to give an honest and transparent answer.

“If you get into an argument with an activist, neither of you are going to change your minds but others on Twitter will read that exchange.

“If we answer questions that are not rude or nasty, we gain public trust by responding in a polite manner, rather than allowing the exchange to descend into a series of rants,” she says.

New technology has made it easier for animal rights organisations to surreptitiously gather video footage or images on farms.

These undercover investigations are intended to document animal abuse and raise awareness of the treatment of animals in farming systems.

But if the footage is taken out of context it can often paint a false picture of the farm under scrutiny.

James Wilde of AHDB says any evidence of poor practice, in the livestock sector in particular, has a knock-on effect for the wider industry.

“It affects consumer confidence and gives detractors ammunition to suggest that poor standards are routine,” he says.

“The reality, of course, is that in the UK we have some of the highest standards in the world. We are, though, only as strong as the weakest link.’’

A livestock farmer who found himself in the national media after activists released covert video footage purporting to show poor practices on his farm says the experience took its toll both personally and financially.

“It had a terrible impact,’’ explains the farmer, who asked not to be named for fear of provoking further action.

“Allegations were made, and even though nothing was proven we had a customer who ceased trading with us purely because of the negative perception the publicity might have created with its retail customers.’’

There were personal repercussions too. “It knocks your confidence. It creates a level of anxiety that never really leaves you,’’ he says.

The incident triggered a succession of regulatory and welfare audits – the business passed every one of these but it took longer for it to rebuild its reputation.

He says the experience has taught him that farmers need to be in a position to withstand scrutiny.

“As farmers we can perhaps get desensitised, to think something is normal and OK, but if seen through the eyes of a consumer it wouldn’t be,” he says.

“I have told our workers that if during the course of the day they see something that doesn’t look right they must do something about it.

“We need to be able to stand up and say we are operating a legal trade and doing things to assurance standards.’’

He hired a public relations firm to help his business rebuild its reputation and has also hosted a number of open days.

As each incident is different, there are no hard and fast rules on what farmers should do if they find themselves at the wrong end of a negative media story.

But there are some key principles, as James Wilde of AHDB explains:

How to deal with planning complaints from locals

Rows between farmers and local residents are nothing new.

Noises and smells associated with agriculture don’t always sit well with people living in the vicinity but when the disagreement is about planning, the consequences for a farm business can be far greater than a few cross words.

The economics of modern-day agriculture are forcing farmers in all sectors to expand, and more often than not this means building new infrastructure.

Satisfying local planners, highways agencies and environmental bodies is often the easy bit when there are disgruntled locals to contend with. 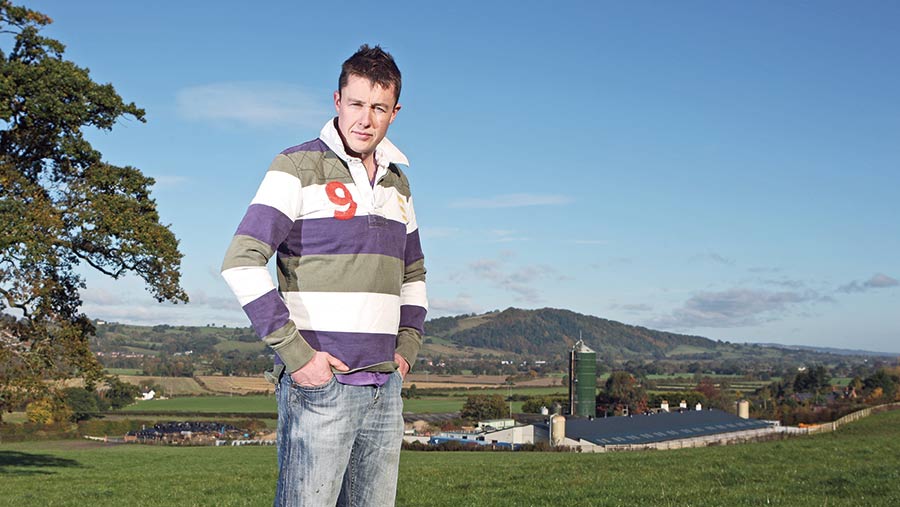 In January 2019, a 1,000-cow dairy at Lower Leighton Farm near Welshpool will become operational.

However, it has taken more than 11 years since farmer Fraser Jones submitted his original planning application.

The stumbling block for Mr Jones’s application was its position next to a village and school and directly opposite a Grade 1 listed castle.

What followed was an orchestrated campaign by locals to halt its progress, but what they hadn’t reckoned on was Mr Jones’s tenacity.

He opted to apply for a 1,000-cow unit in a single application because he was advised by planners that had he submitted an initial plan for half that number, with a view to expanding further down the line, he was unlikely to be granted that second application.

“I decided to go for 1,000 in one go but it was a sensitive site so I anticipated there might be problems,’’ he admits.

“Other farms have expanded gradually, shed by shed, and the result has been units bigger than ours but those sites weren’t opposite a castle or next to a school and a village.’’

Although villagers were vocal in their opposition, this was not a planning issue, Mr Jones points out.

“If you have submitted an application and are doing all that is being asked of you to satisfy the planning process, that is all that matters,’’ he says.

“Although it was the local opposition that the media seized on, it was never an issue with the planners, the Environment Agency or the Highways Agency. They were always on our side and our approach was always to work with them, to do whatever was asked of us.’’

The visual impact was the big hurdle to be overcome to gain planning consent, and the development was eventually given the go-ahead on economic grounds.

The relationship between Mr Jones and the local community has since improved.

“My attitude is to forgive and forget. What happened in the past is gone so there is no point dwelling on that.

“There are a couple of people who are still dead against the dairy and would love to see me fall flat on my face – but we are never going to change their minds.’’

Any new farm infrastructure is likely to have an impact on something or somebody, land agent Kathryn Williams warns. But by demonstrating that the benefits will outweigh the negative impacts you can make it more likely that a planning application will succeed.

Farmers who engage with consultees and the public before responses to an application have been submitted allows specific issues to be established.

“You may then have the opportunity to explain why you have chosen to do something in a particular way, to clear up areas of ambiguity,’’ suggests Ms Williams, of Shropshire-based Davis Meade Property Consultants.

“Not everybody will understand your business as well as you do, so explain your rationale for the project.’’

This approach is important, she says, as rural areas now have a mix of residents from different backgrounds, some living close to application sites. 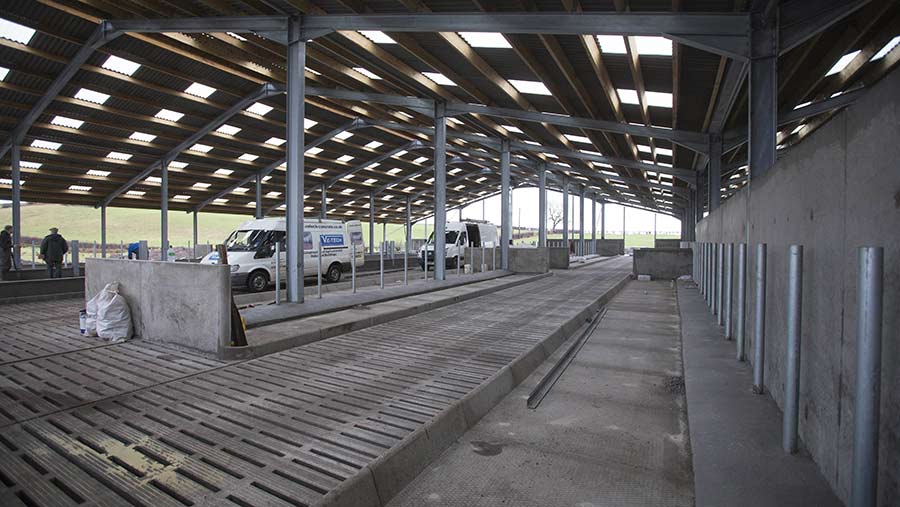 “Not everyone will have a good understanding of agriculture and therefore explaining why a proposal is necessary may help them to understand the application and the need for it.’’