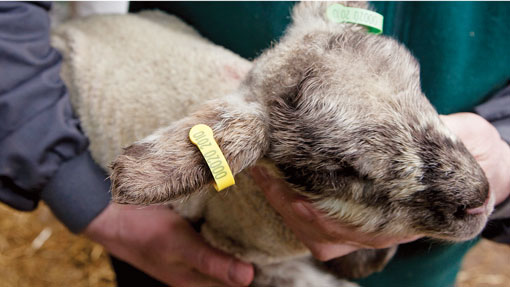 Livestock inspections are the bane of many farmers lives. Gemma Claxton asks John Burne, head of Compliance and Guidance at the Rural Payments Agency, what farmers should expect when their turn comes and how they can avoid penalties and loss of income.

John Burne leads teams of inspectors across England which carried out more than 11,000 inspections in 2013. Cross compliance breaches were found on just over 800 of these.

However, not all inspections carry a cross compliance check. Farmers Weekly put some questions to Mr Burne.

Why does the RPA carry out inspections?

Some are carried out for cross compliance, linked to the Single Payment Scheme, to check farmers are meeting EU regulations they need to for the scheme.

Livestock inspections are focused on identification and traceability to help reduce the likelihood and impact of disease outbreaks.

Farm inspections are necessary to protect the quality of the environment and the welfare of our livestock, as well as animal, plant and human health.

So what exactly do you inspect?

That depends on the type of inspection which is taking place, and the inspector will normally tell you what the inspection is for when they contact you. We often focus on a few things, such as land, agricultural features or livestock.

For example, an inspector carrying out a cattle inspection will look at the cattle, their ear tags, passports and farm records to check that the rules for identifying cattle are being met. However, they also have to report any obvious breaches of regulations that they notice elsewhere.

So what happens during an inspection?

The first thing we’ll do is explain why we’re there, how long it will take and what we need to see. We will try to start working on something initially, such as looking through records or inspecting fields, so that farmers can reorganise their day if they have to.

We will do all we can to reduce any disruption and concerns a farmer may have about an inspection. We are also happy to discuss any compliance issues with the farmer.

What is the purpose of sheep inspections?

Everyone who keeps sheep has to meet important regulations, and these inspections are carried out to check that the rules are being met.

We have to ensure farmers are recording and reporting sheep and goat births, movements and deaths correctly, and that they are doing what they need to with ear tags.

We will look at sheep, goats, and relevant farm records, including Animal Movements Licensing System (AMLS) licences. We have to inspect at least 3% of sheep and goat keepers and 5% of the national flock each year. About 13% of those to be inspected are selected at random and the rest are chosen on the basis of risk.

Many sheep farmers also claim under the Single Payment Scheme. If they do, one of the conditions is that they have to meet the sheep regulations or the payment will be reduced (these rules are known as Cross Compliance).

Where does the information gathered during the inspection go?

The British Cattle Movement Service (BCMS) take the results and check details against the national databases.

When a sheep farmer also claims for the Single Payment Scheme, then the information gathered during inspections is used to help decide if any reductions need to be made to the claim.

Is a 30-minute notice period standard and why is it that short?

In many cases we are required by legislation not to give any warning and where we can give some notice it is likely to be less than 48 hours.

We appreciate that 30 minutes may seem like short notice and we realise it can cause some inconvenience to farmers. We always try to minimise disruption and sometimes, we will be able to combine different visits.

How quickly can the farmer expect to know the results of the inspection and what the penalty is?

Once we have carried out at inspection we will explain the findings to the farmer. They are often present while the inspection is being carried out, so they will have a good idea what has happened.

However, we won’t fully know the results of the inspection until checks have been completed back in the office.

In terms of financial penalties, these would only apply to those sheep farmers who also claim SPS and certain rural development schemes.

The impact there (if any) would be assessed when that year’s claim is processed, so the timing will depend on when the inspection takes place against the annual cycle of processing SPS claims, but the farmer will be notified by letter.

At the end of the inspection we also give farmers a feedback form that they can fill in to tell us what they think of the inspection. It is useful to receive feedback so that we can continue to refine and improve our customer service.

What are the key things sheep farmers are currently failing on?

Where we do find breaches they tend to be in the following five areas:

Not providing an annual inventory is the second most common failure

Finally, sheep not being tagged or being incorrectly tagged.

What can farmers do to avoid these common pitfalls?

For livestock inspections, it may be necessary to bring animals in so we can inspect them safely. Having good handling facilities usually makes for a more efficient and speedy inspection and reduces the risks for all involved.

Keeping up to date with paperwork is essential. A lot of the guidance we produce now also helps to point out the main areas that farmers need to focus on.

Both the Cross Compliance Guidance in England and the guidance for sheep and goat keepers can be found online, at www.rpa.defra.gov.uk and at www.gov.uk respectively.

However, if anyone needs further assistance colleagues at the farming advice service are on hand to help on 0845 345 1302.

“I felt I was at low risk of inspection, I have Red Tractor status and I’m a small business with few animals in the South East, so I was surprised to receive a phone call saying the inspector would be with me in 30 minutes,” he says.

The inspector was on the farm over two days looking at records and sheep, with the following concerns picked up by the RPA.

In response to their findings, Mr Goldsworthy believes there is a lack of guidance on how to comply with the inspection. He says it should be more discretionary and based more on common sense as it was very “nit-picky” and so easy to find fault. In several instances, information was available but not on the computer printout shown to the inspector and so recorded as a failure.

“Because of the level of detail and the inflexibility of the inspection regime, it’s hard for sheep farmers not to get a penalty,” says Mr Goldsworthy.

The decision not to tag the sick lambs was one of animal welfare. “I was not prepared to tag them in the condition that they were in as it would’ve caused more stress,” he adds.

Mr Goldsworthy has recently received his SFP with a 5% deduction.

“While my reduction is small and I will be able to cover it, I wonder whether large commercial farmers who run their businesses according to SFP would be able to do the same? A major failure could cripple their businesses,” he says.

As it happens, the biggest cost to Mr Goldsworthy was his time as the flock is only part of his working life, he lost hours of earnings from his consultancy business.

He describes the whole experience of being “bounced” as one of the most stressful things he’s ever been through.

“I’m not sure what’s best, to be given more warning of an inspection and have sleepless nights or less notice but go through acute stress,” he says.

“I come from a culture of education and training, rather than policing and penalties. The inspection process alienates farmers and doesn’t win hearts and minds. The culture behind the RPA inspection needs to change, it should be encouraging compliance not creating penalties.”