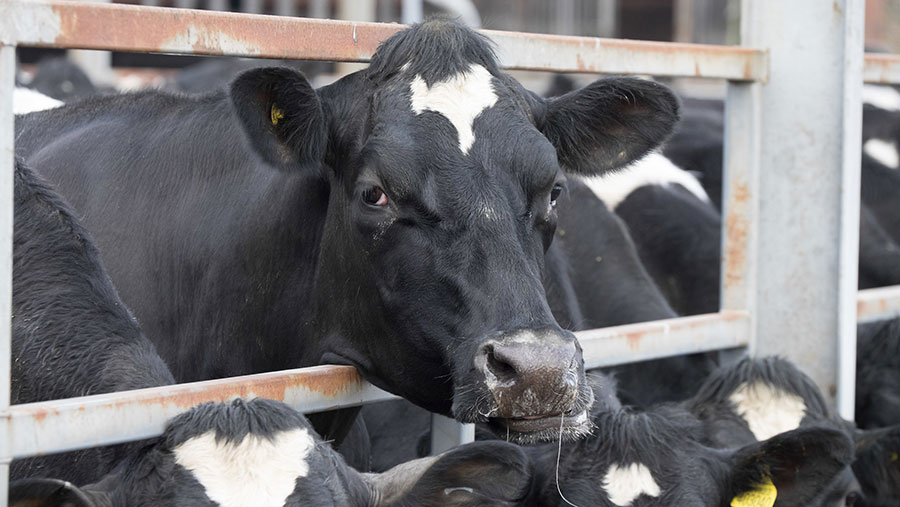 Genomics is a tool that can be used to really drive the profitability of dairy systems, yet it’s still not being used to its full potential by many producers.

US genetics guru Levi Gassaway says that for decades, dairy producers selected for milk because it was the main driver of profitability. But in recent years cost to margin ratio has shifted from 50:50 to 80:20, driving down margins.

To capitalise on this, he says dairy producers now need to produce more efficient animals to lower operating costs.

“Production does not make a profitable cow. If she has two major health events the cost and loss of production greatly reduces that cow’s opportunity to be profitable on your farm. And if she’s culled within the first two lactations she’s not going to break even.”

He says that a lot of attention is often given to other areas of management such as nutrition, but more focus should be placed on genetics, as this is the real game changer.

“Genetics sets the bar for the profitability of our farm. If nutrition management, genetics management and operations management all had equal bearing we would be much better off,” he said, adding that it was key to have a genetic improvement strategy and to apply genomics to create the correct cow for your system.

“Genomics is an amazing tool, because it provides information that we never had before.

“It may not be the prettiest cow but she is the one that will put more dollars into your bank account.”

Mr Gassaway, assistant manager at a 7,000-cow dairy in Washington State, uses genomics to select the most profitable ones entering the herd.

Once the quota for replacements is met, the rest are then served to beef to create an added revenue stream.

“I don’t have the money to be investing in cattle that are not profitable for our farm.”

Mr Gassaway highlights the importance of breeding from heifers without knowing how they would perform.

“They are going to have a calf before you know how profitable they will be on your farm. You will create a legacy of failure on your farm you will have to deal with.”

Mr Gassaway says genomics was a great tool, but when combined with IVF it was even better, allowing for a two-fold improvement in genetic gain.

However, he warns that genetic improvement programmes aren’t something that can be switched on and off.

“Genetics is a long-term investment and it builds generation after generation. You can never stop investing in it. The moment you stop, the moment it stops growing.”

Levi Gassaway was speaking at Dairy-Tech 2018, a one-day event held by the RABDF on 7 February 2018.