With cows usually checked less frequently at night, calving during nocturnal hours can lead to more complications, vet bills and higher calf mortality, not to mention a lack of sleep for the farmer.

This is why some are choosing to feed dry cows in the evening, instead of the morning, to reduce their night-calving rates.

Phil Cookes, stockman at Bassingbourn Limousins in Fordham, Cambridgeshire, credits evening feeding with keeping around 95% of cows calving between 6am and 10pm.

Having heard about the concept from his father, he started practising it six years ago with the 80-head pedigree and 250-head commercial herds he manages and now “wouldn’t go back”. 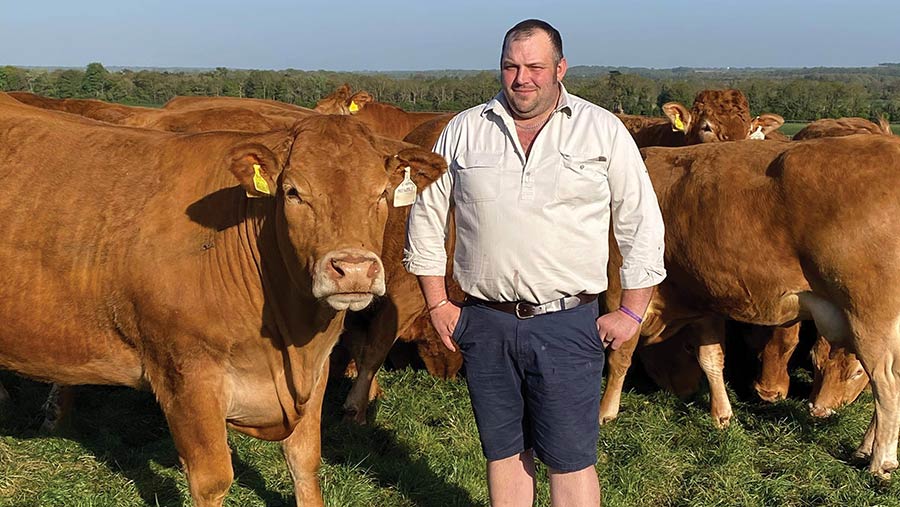 One month before calving, Mr Cookes starts feeding dry cows at 5pm. The ration consists of 10kg a head of maize and parsnips, as well as ad-lib barley straw. Feeding is usually the last job of the day, although a final check is carried out at 10pm.

Mr Cookes says he can’t recommend it enough: “Nobody wants to be living on a couple of hours’ sleep or have out-of-hours vet bills”.

Another farmer who swears by the practice is Lanarkshire beef farmer David Bailie. 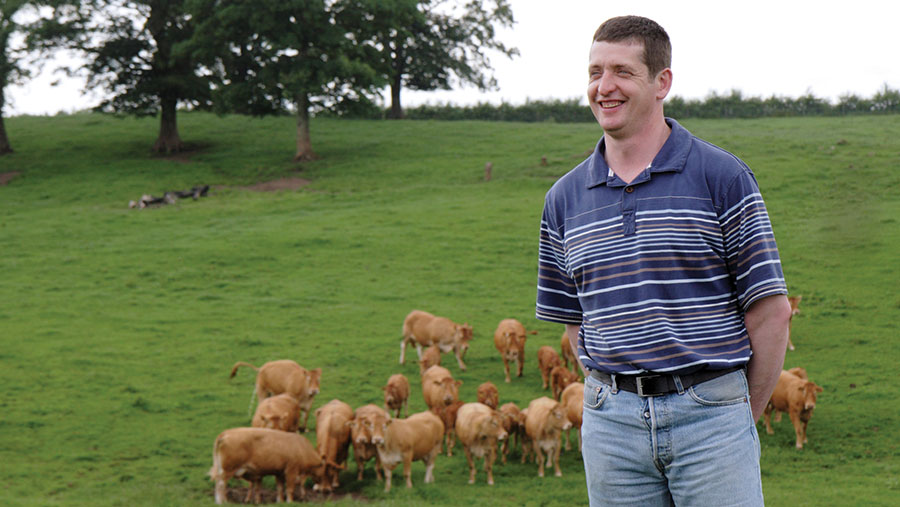 Mr Bailie has been honing a routine of evening feeding close-up cows for 30 years. He runs 170 Limousin-cross and Shorthorn-cross sucklers and manages to largely avoid night calving with a high proportion of births between 7am and 8am.

During this time, he is in the yard and able to keep a watchful eye on expectant and new mothers.

The cows at Calla Farm are fed a mix of straw, silage and minerals almost ad-lib in the morning, until a couple of days before calving, and will return to morning feeding 24 hours after they have calved.

“Everything is fed with a diet feeder then pushed up with a snow plough. I give them a bit extra in the morning the day before their move, then, instead of pushing up in the evening, I brush up the following morning, so they have a bit to keep them going but they are hungry for their evening feed,” he explains.

“If they’re hungry in the evening, they gorge, then they’ll be lying cudding and it seems to suppress labour for a few hours.”

“Cows know very well that if feed is put out, the others will eat it if they don’t, so they need to get their share. Therefore, they’re driven to feed, chew the cud and then their mind switches to calving,” he says.

Below are some of the factors to consider if planning to incorporate night feeding to control calving times:

Mr Lowman suggests feeding at 10pm works well to target a daylight calving, but it is up to the individual’s desired timings.

“The later you go, the further back you push calving. There is a window of five to seven hours post-feeding where you will get a few.

“One way is to put feed in the passageway at 5pm, shut the cows back and then at 10pm, it’s just a matter of opening a gate,” he explains.

Mr Bailie chooses not to feed any later than 5pm because he still gets a few calvings up until 10pm, but he finds he then gets very few between 10pm and 5am.

Mr Lowman believes one week of the different feeding timings is ample to alter calving times: “Food to them is most critical – they adjust quickly to the changes.”

Roughage is the key part of the diet in this system.

“Silage is the highlight of their day and it’ll take them a couple of hours to eat it before they sit down and chew the cud,” says Mr Lowman. “It won’t work with concentrates.”

A separate area will be required to feed the dry cows at a different time to the calved cows, so splitting sheds may be necessary if other housing is unavailable.

It is also possible to build the feeding pattern into an outdoor system. Mr Lowman has seen it done with strip grazing, with the dry cows released on to fresh grass at 10pm and moved back to a daytime paddock at 7-8am.

“It helps outside because rather than having to check the whole field in the dark, you can quickly identify issues if something doesn’t come up to feed,” Mr Lowman says.

Mr Lowman says, his ideal scenario for splitting groups would be to first divide the herd into two groups:

To feed the cows accordingly, he would then subdivide the early calvers (the 75%) into groups of:

Once cows have calved, they will need extra nutrition and there are different ways of managing that transition.

They can be switched back to morning feeding, or they can just have their extra ration, in the form of silage or concentrates in the morning, and then the rest of their feed at the same time as the dry cows, Mr Lowman explains.

“Every morning, I would move cows that calved yesterday to a calved group, so they can be fed differently,” he advises.