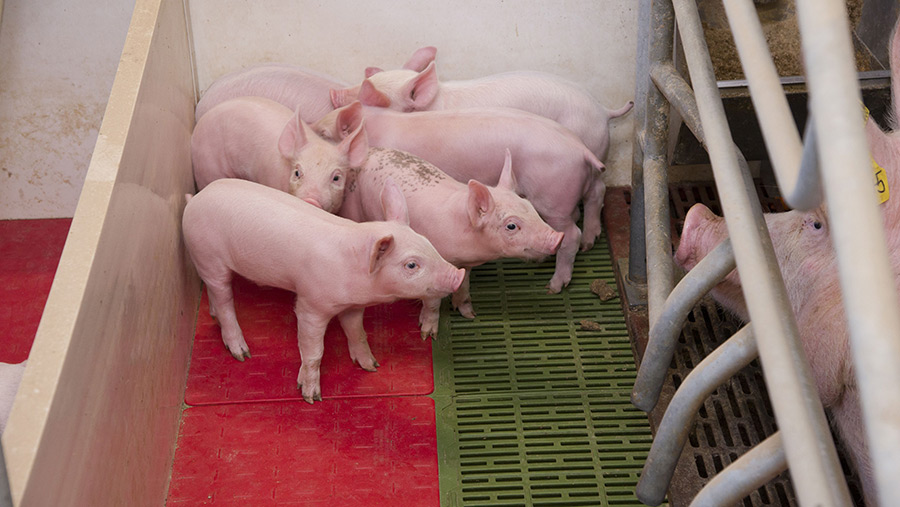 Pig farmers concerned about a potential farrowing crate ban should share figures in an industry survey detailing the cost implication of switching to alternative systems.

This is the message of the National Pig Association (NPA) following Defra secretary Theresa Villiers’ confirmation that efforts would be made to move towards a ban.

Speaking at the Oxford Farming Conference earlier this month, Mrs Villiers said that welfare standards could be steadily increased with the right level of farm support.

She reassured farmers that the matter of importing pork produced in systems using farrowing crates would be considered when concluding trade negotiations.

The aim is for farrowing crates to no longer be necessary and for any new system to protect the welfare of the sow, as well as her piglets.

Where the sow is confined in a farrowing crate, it should be large enough to accommodate her and to allow her to rise and lie down without difficulty.

Source: Defra’s Code of Practice for the Welfare of Pigs

NPA members are being urged to complete a short survey to provide facts and figures so the NPA can argue for government or supply chain support to help farms ease the transition.

NPA chief executive Dr Zoe Davies said: “While we are supportive of producers using and wishing to move to alternative systems, the NPA will fight any attempts to ban farrowing crates and force people to move to systems that impact the welfare of both piglets and staff, without financial support from the government or the supply chain.”