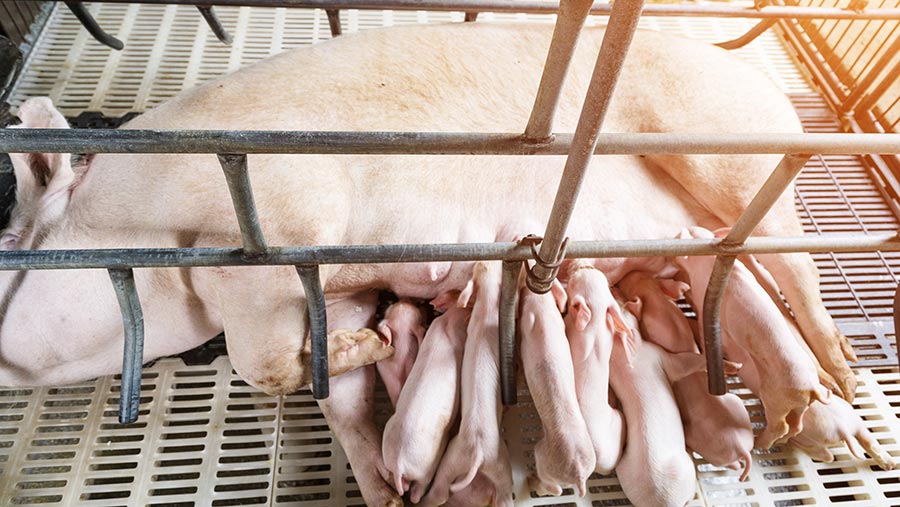 Cost and productivity concerns have reignited in the UK pig sector after farrowing crate rule changes were made in Germany last week.

German farmers were told they have 15 years to cut farrowing crate times from 35 to just five days as part of a tranche of new German pig welfare guidelines.

The Pig Welfare Code (March 2020) states: “The aim is for farrowing crates to no longer be necessary and for any new system to protect the welfare of the sow, as well as her piglets.”

Opposed to a ban

“The NPA will be lobbying hard for temporary crating as the Germans have been given – this will give producers the security of knowing that they can protect newborn piglets and reduce mortality and make things safer for their staff,” Dr Davies told Farmers Weekly.

“Loose farrowing and multisuckling systems have mortality figures that many producers would have difficulty accepting,” she added.

She said commercial data from a free farrowing system showed a pre-weaning mortality of 19-23%. The current industry average is around 10-12%.

However, one farm that had used temporary crating for the first four days had seen mortality of 14%, which was closer to industry averages.

The decision is an “enormous burden” on farmers which will accelerate the rate at which smaller farms leave the sector, said German Farmers Association president Joachim Ruckwied.

However, she said the new space requirement of 5sq m a sow could be challenging if mirrored in the UK.