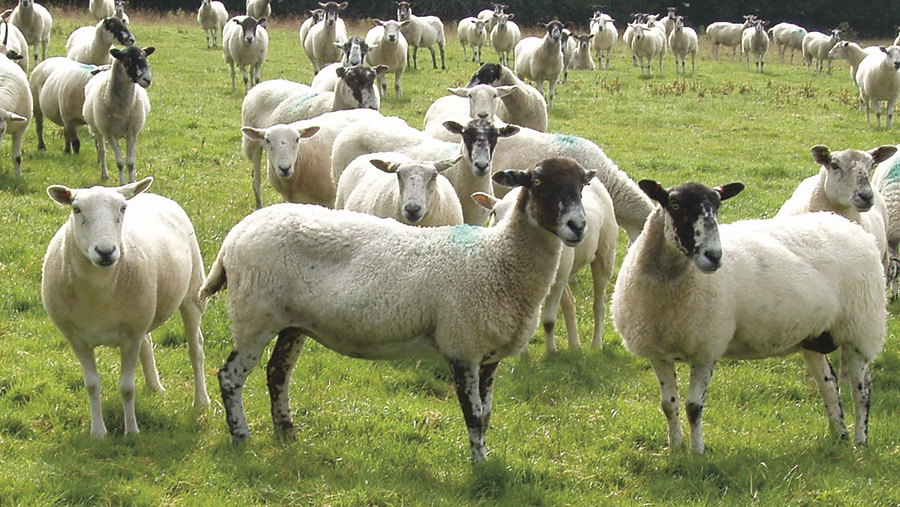 The Sanderson run a flock of 600 sheep at Lower Highfield Farm and started breeding Texel-cross replacements six years ago and say it cut associated costs by 50%.

“It makes economic sense to breed from ewe lambs and gain an extra year of production,” says Mr Sanderson.

“An individual would be worth about £75 on the open market when she goes to the tup and she will return a similar amount at culling.

“By contrast, a replacement shearling ewe would cost us £130-£140 to buy in and her value would be halved when she left the farm.”

The selection of replacement ewe lambs starts “on day one,” explains Mr Sanderson.

The flock is fully managed on an EID program, which makes it easier to monitor potential breeding prospects.

“We start making choices almost as soon as female lambs are born, selecting about 100 gimmers and end up with around 85 going to the tup.

But it pays to be open-minded.

Some that show early promise fail to meet expectations, while others are discounted, but later develop good conformation and fall into the top tier for growth rates.

“Keeping back gimmer lambs as they finish in early season means that we are selecting the lambs with the best daily liveweight gains, a trait that will hopefully pass on to the next generation, rather than choosing from lambs that are left at the end of the season, as these lambs are the slow weight gainers.

“When we first started breeding our own gimmer replacements, we did not select hard enough and this led to some of the shearlings falling short of the quality we were seeking.”

Ewe lambs have their weights EID-recorded at each handling and must reach at least 45kgs, before they go to the tup.

They also need to achieve a condition score of 3-3.5 without concentrates.

The management system relies on making the most of grazed grass and the family has invested heavily in a reseeding programme over the past few years.

Teaser tups are used for a couple of weeks and the ewe lambs are then left with the breeding tup for 24 days, to produce a tight lambing pattern.

Ewe lambs are monitored over the winter, as high weight gain has found to increase the risk of problem lambings.

The entire flock is scanned, with any carrying twins or triplets given an average of 0.5kg a head a day of concentrates from about two weeks before their due date, depending on the quality of clamp silage fed out prior to lambing.

All of the sheep are housed over winter and lambed indoors.

Another strict criterion is to permit ewe lambs to rear only one lamb, with the most recent figure showing a scanning percentage of 120% for this group.

“We have tried leaving ewe lambs with twins and supplementing with creep feed, but it pulls them down and has a negative effect on their future performance,” adds Mr Sanderson.

“Some surplus lambs are mothered on, but in general, we accept that we will have a high number of pet lambs.”

“As well as saving on replacement costs, we are also selecting from our own data and choosing the animals we know will do well in our situation; they will have a degree of immunity to any disease challenge on our farm.

“Bought-in breeding sheep are an unknown quantity and the stress of a move can increase the risk of disease issues, even when sourcing from a high health flock.

“There is no doubt that ewe lambs need to be managed carefully; they sometimes require assistance at lambing, although the majority will lamb without intervention.

“Some will also require attention until they are fully mothered up.

“However they can successfully produce a good lamb and go on to perform well in the flock,” says Mr Sanderson. 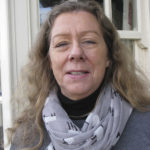 As a general rule, ewe lambs should reach a target daily liveweight gain of about 250g/day, from weaning up to six weeks after mating, advises independent sheep consultant Lesley Stubbings, who adds they should be 60% of their mature weight at tupping.

This can be reduced to 150g/day until six weeks before lambing, after which supplementary feeding should be further limited to prevent oversized lambs, with the aim of a condition score of three at this latter stage.

On average, a ewe lamb will require 20% more feed than older ewes, during early and mid-pregnancy, she says.

However, she warns that studies have indicated that overfeeding very young females can impair mammary gland development, with a negative effect on future milk yield.

At tupping time she recommends separating ewe lambs from mature ewes as older rivals can monopolise the rams if they are managed as one group.

Research has also shown that running vasectomised (teaser) rams with ewe lambs for 15-30 days can help to induce oestrus, she adds.

This should be followed by a three-week period with fertile rams, by which time the majority should have been served at least once.

“This system should produce a defined lambing period for ewe lambs, for ease of management,” says Ms Stubbings.

“It will also help to identify the most fertile ewe lambs, increasing the prolificacy of the whole flock in the long term.

Ewe lambs have a shorter standing heat period than mature ewes and additional rams may be required; an acceptable ratio would be one ram for 35 females.”

Lambing timing will depend on system type.

Some producers choose to lamb yearlings after the main flock, to give them more time to mature and for sheep keepers to focus on their management.

However, this may not always be the best approach, advises Ms Stubbings.

“This technique will limit the options for mothering on.

“One compromise is to aim to lamb ewe lambs in the last fortnight of the main period.”

“Lambs out of ewe lambs should be taken off their dams at a relatively young age; certainly before they are 14-weeks-old.

Weaning at eight to nine weeks, for example, will give a good indication of the mothering ability of the dam and any poor performers should be considered for culling.

“The extra labour required for lambing ewe lambs must be taken into account, but it can improve gross margins, by increasing lifetime productivity.”