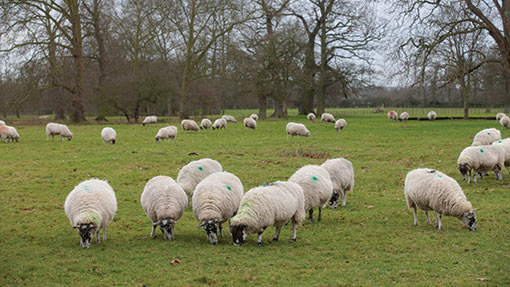 Reducing lamb losses post-scanning by as little as 1% could help producers boost returns this season.

Lamb producers could be in for a promising year if prices continue to remain strong, however many could be shooting themselves in the foot by accepting unnecessary lamb losses.

ADAS’s focus farm projects from around the country have recorded losses ranging from 8% to 20% post-scanning, or even higher during an abortion storm – meaning many producers could see big benefits from cutting lamb mortality.

In fact, according to Hybu Cig Cymru (Meat Promotion Wales), reducing lamb mortality can have a major impact on farm income.

The organisation’s industry information officer John Richards says reducing lamb losses from the scanned crop by as little as 1% could increase sheep enterprise income by £630-£900 in a flock of 600 ewes, based on 2011 market prices.

Ideally, producers should be targeting losses of below 15% (see table below), with a recent HCC survey of 70 farms highlighting pre-lambing and the period during and immediately after lambing as the main risk period for lamb mortality

Overall, 30% of losses were shown to occur between scanning and lambing and 49% at lambing (0-48 hours).

Regardless of system, the main cause of lamb losses was abortion and stillbirth, accounting for almost a quarter of the total losses, explains Mr Richards.

“It is possible that this could be a consequence of the shortage in abortion vaccine last season.”

Not all losses before lambing are caused by infection and some of these can be prevented by careful management of ewes at tupping and during pregnancy, he explains. “Excessive handling, transport, excessive use of dogs and disease can all increase stress on pregnant ewes – this can affect fertility in the early stages of pregnancy and also cause ewes to abort their foetuses in later stages.”

However, according to Mr Richards, one of the main take-home messages from the survey was the importance of ewe nutrition pre-lambing.

“The survey has clearly shown the importance of ensuring that breeding ewes have a good quantity of quality feed and forage before and at lambing. The size of lamb at birth, be it too big or too small, accounted for about 10-12% of total losses, this could be reduced with careful management of the ewes feed intake pre-lambing.”

And according to ADAS sheep consultant Kate Philips the late autumn flush of grass means many ewes are going into lambing in good condition, potentially leading to problems at lambing.

“14-16% of pre-lambing losses in the HCC survey were due to ewes dying before or during lambing, with prolapse causing many of these cases. A lot of these losses can be linked to feeding and ewes lambing too fat.

“Producers should also be particularly vigilant with fit ewes as there could be a problem with lowland ewes getting on their backs.”

Ms Philips stresses the need for producers to analyse their forage and ensure rations are balanced accordingly – something she sees as crucial considering the huge influence feeding has on lamb losses and subsequent performance.

“I’ve seen big variations in ration protein levels, highlighting the need to get forage analysed. Producers should also get a handle on forage quantities and, where supply could be an issue, save the best forage until close to lambing.

“It’s important to be careful with rationing now, particularly on over-fit ewes. Getting forage analyses can help to balance forage and ensure you’re not feeding too much or too little..”

At more than £200/t, overfeeding concentrate will not only add unnecessary cost, but will reduce forage intakes, predisposing ewes to twin lamb disease and acidosis.

Equally, underfeeding will cause milk yields to suffer, resulting in poor lamb thriftiness and insufficient brown adipose tissue, increasing the likelihood of hyperthermia. The physical damage caused by the lambs nudging at the ewe for more milk may also precipitate mastitis.

In the event of insufficient milk and triplets, or even twins, then the strongest lamb should be removed to leave a balanced pair, says Volac’s Jessica Cook. There will then be the opportunity to rear three quality lambs.

However, in all circumstances, adequate colostrum supply is critical to lamb survival, she stresses.

“Lambs need to consume 50ml of colostrum for every kilo of liveweight at every feed. For example, a 3kg lamb will need 150ml every feed and will need four feeds in the first 24 hours, with the first feed within six hours of birth.”

Dr Cook says this is a particular area for consideration when fostering lambs – if colostrum management is inadequate, lambs will struggle even when the rearing system is perfect.

Basic management practices such as ensuring constant access to clean water and feed are also fundamental to getting lambs off to a good start, comments Ms Philips. “A ewe can drink 7-10 litres a day when she has just lambed, so fresh water needs to be constantly available.”

Consistency in ewe diets in the first 24 hours of lambing is also crucial to avoid any check in milk yields that could affect lamb performance.

“Any stress prior to lambing such as moving stock, changing groups or silage bales can also tip the balance to hypocalcaemia. Where possible, it’s advisable not to change groups within one month of lambing.”

Failure to maintain good hygiene will also result in problems with watery mouth and joint ill. A moist environment will create an ideal breeding ground for bacteria, so Ms Philips urges produces to do as much as is practically possible at lambing to clean and rest pens and keep bedding dry.