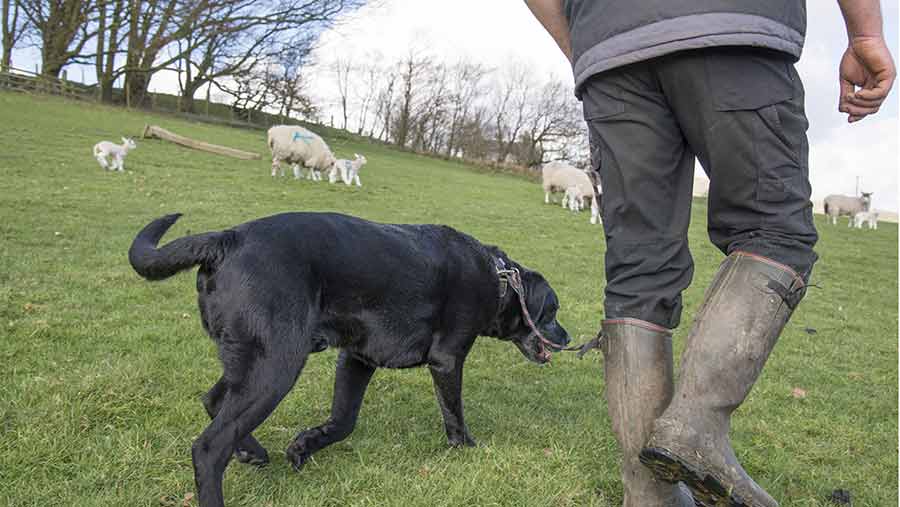 The National Sheep Association and RSPCA have teamed up to urge dog owners to take extra care during lambing season.

Every year hundreds of sheep are killed, maimed and miscarry after being chased and attacked by dogs.

This is a serious animal welfare concern which also causes a great deal of emotional stress and financial cost to sheep farmers around the country, said NSA chief executive Phil Stocker.

“A growing number of our members continue to tell us of some horrendous attacks they have suffered to their livestock,” he added.

“It is not only the harrowing injuries which out of control dogs have inflicted, but also the losses they have suffered as a result of dogs simply chasing livestock.

“The risk of heavily pregnant ewes aborting is extremely high after suffering the stress of been chased by dogs, not to mention the risk of young lambs becoming separated from their mother at a critical early bonding stage.

“Lambs will die from starvation or hypothermia when they become separated from their mother and fail to find her again.”

RSPCA inspector Tony Woodley said: “Many dogs, if given the opportunity, will chase or show interest in livestock, so even if your pet is normally calm, gentle, obedient and docile, don’t be complacent; they can be still be a danger.

“The aftermath of these attacks can be absolutely horrific – sheep with their ears ripped off, their legs bitten down to the bone and their throats torn open.

“Dog owners should also remember that they could be prosecuted and their dog could be shot dead if they are caught worrying sheep.”

Both NSA and RSPCA want to reiterate to dog owners that there is there is a very simple way to stop these attacks – keep your dog on a lead around livestock.