When Somerset sheep farmer David Knight joined a health monitor group five years ago it opened his eyes to an abortion storm that had gone undetected.

Ever the committed recorder of flock performance and any lamb mortalities, he readily admits analysis of the data he was in the habit of collecting routinely was not what it should have been. 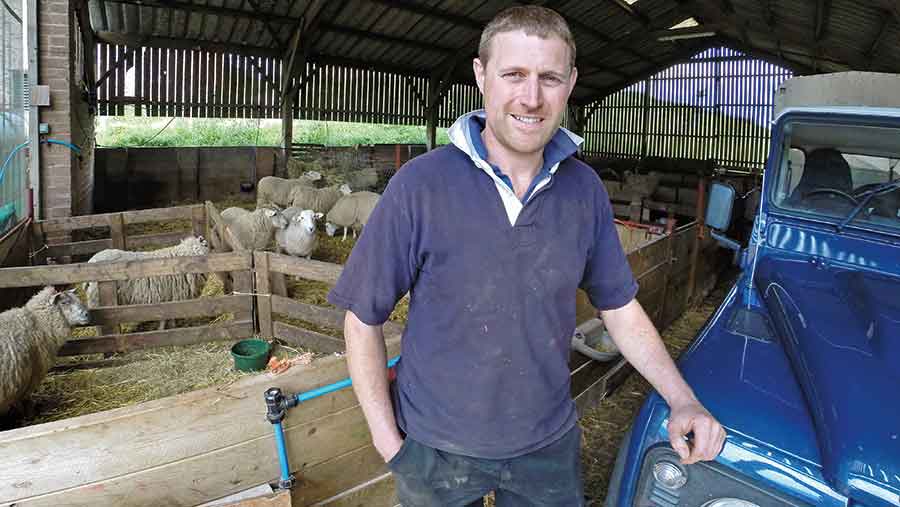 The Wydon Farm flock lambs in two batches. The Suffolk-cross Mules start first, in February, with the Exmoor Mules and wool-shedders lambing in April.

A few years ago the early lambing flock saw barren rates climb to 10%.

“At the time I put it down to the very dry summer we had had the year before. But when we had another poor scanning result the next year – after a wet summer – the alarm bells started to ring.”

Ewe blood tests carried out by Mr Knight’s vet identified a potential toxoplasmosis problem, and as a result a vaccination regime was implemented in the early lambing flock.

However, it wasn’t until he signed up in 2011 to be one of 13 South West Healthy Livestock Initiative (SWHLI) focus sheep farms monitored by Adas, that he realised how productive a detailed analysis of his farm records would become, with Adas noticing a concerning trend.

While the barren rate was satisfactory across all three flocks on the unit, when the ewes came to lamb too many were empty, Mr Knight explains.

Further blood testing was undertaken and once again toxoplasmosis was identified as an underlying disease problem.

“I had been reasonably happy with the performance of the later lambers. Their barren rate was not high, but with hindsight the disease was still manifesting itself post scanning,” he adds.

Now all the replacement ewes are vaccinated to protect them against toxoplasmosis for at least two lambing seasons.

“I guess you just have to appreciate that any ewe can easily pick up toxoplasma from the environment, so the threat is ever present. You may not see an abortion storm, but the infection is still there and its effects are insidious,” says Mr Knight.

Since vaccination protocols have been put in place, barren rates at scanning have been under 2% with scanning percentages peaking at 180% in a good grass growing year, and he says he has noticed an uplift in ewe health and vitality.

“Being involved in the project was a real eye-opener,” he says. “What I really valued was having the help of Adas poring over my records. Discussions with the consultant really helped me identify the weaknesses in our system and pinpointed the fact that I was losing too many lambs between scanning and lambing.”

“I’d certainly advise any sheep producer to blood test ewes routinely for any underlying toxoplasmosis and/or enzootic abortion issue. You’d be surprised how damaging these infections can be.” 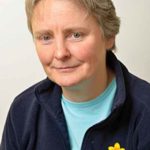 Vets say the disease threat is ubiquitous, with Hilary Jones from Usk Vets in south Wales commenting that likely incidence of toxoplasmosis is now one of key underlying reasons why sheep farmers call their vet.

“Unfortunately, there’s a core of farmers who only pick up the phone to talk to us when they are in crisis, but we do want to change that mindset.

“For example, if a unit has had quite a few abortions, we will get a call – typically straight after lambing because the upsetting loss of lambs is so obviously visible then.”

“On investigation, ewe blood tests often show that the flock has been exposed to the Toxoplasma gondii parasite.”

The blood tests carried out at the Usk-based practice have been subsidised by MSD Animal Health through its Expertis Flock Check nationwide diagnostic scheme, under which MSD pays an independent laboratory directly to test between 6-8 samples taken by the vet.

Ms Jones adds: “The bacteria that causes enzootic abortion (EAE), Chlamydophila abortus, is also widespread – so much so that we invariably find ourselves wishing we had had more proactive contact with the flock previously because there’s nothing we can really do to save the current season, only the next,” she says.

How do sheep become infected with toxoplasma?

Sheep pick up the toxoplasma parasite from the environment and so normal biosecurity measures are not enough to control the disease.

Infected cats shed toxoplasma eggs in their faeces and sheep become infected when they ingest these eggs from contaminated pasture, feed and water. “The eggs are tough and can survive in the environment for over a year, which means you must take steps to protect your sheep,” Ms Jones says.

The disease can be controlled effectively in ewes by a simple vaccination regime at least three weeks prior to tupping – the cost of which can be easily covered by a reduction in future flock barren and abortion rates.

“We now recommend that every replacement ewe should be vaccinated with before it breeds because of the widespread disease threat and the significant financial losses,” she says.

She says farmers recording flock barren rates over 2% should ask their vet to investigate whether a potential infectious cause of abortion – particularly toxoplasmosis – is at the root of the problem.

To encourage an improved dialogue with its sheep farmer client base, Usk Vets recently introduced a subsidised flock inspection scheme.

It involves a drop in visit during which the farmer can chat about any areas of concern and they are asked to fill out a questionnaire on antibiotic use.

“Sheep farmers really appreciate us taking a healthy interest in their flock and something positive always comes out of these conversations. I would urge all sheep producers to engage in such dialogue if their local practice is keen to help. It will certainly deliver payback over the longer term,” she adds.