A good injection technique prevents damage to valuable carcass cuts and reduces the risk of injury to livestock and the handler.

If an injection is administered incorrectly or with a dirty needle an abscess can develop and, in some cases, result in the loss of the whole carcass.

So how can the risk of tissue damage in beef and dairy cattle be minimised?

Vet Mike John of the Fenton Veterinary Practice, Haverfordwest, gives his advice on the main injection protocols. Watch the video and read the full report below.

1. Keeping the animal and handler safe

Immobilise the animal in a crush or a race – a crush should be used for restraining beef cattle, but a race is safe when injecting dairy animals that are used to being handled. 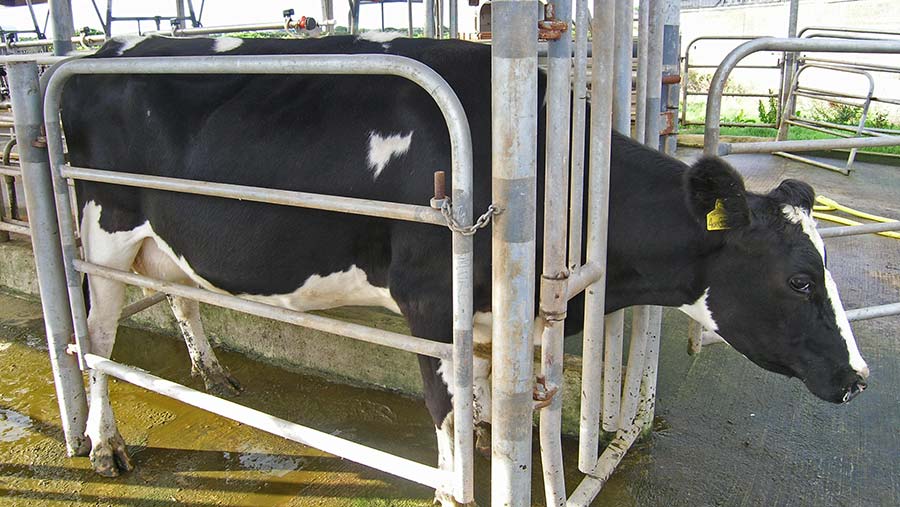 If injecting in the neck be aware of the head – a blow from a cow thrashing her neck can be more dangerous than a kick.

Be aware of the arc from a back leg kicking out. “A cow will kick to the side as well as behind,’’ Mr John points out.

See also: Farmers risk nerve injury to cattle by injecting in the rump

The animal must be made aware that the handler is there.

“Don’t surprise it. Let it know you are there by tapping the site where you are going to inject two or three times or gently pinching the skin,’’ Mr John advises.

Avoid putting hands through the bars of the restraining device.

If you accidentally self-inject seek guidance from the product label – these will mostly advise seeking medical advice/attention.

2. Subcutaneous or intramuscular – what’s the difference?

Subcutaneous injections are always applied under the skin, behind the shoulder.

This area is recommended because there is no likelihood of pressure necrosis, which leads to abscess formation.

A flap of skin on the neck could be pulled up, but is more difficult to access, particularly with cattle in a crush.

Intramuscular injections are delivered into the muscle and get absorbed into the bloodstream quickly, meaning they generally work faster.

Mr John recommends administering this type of injection in the muscle of the neck. 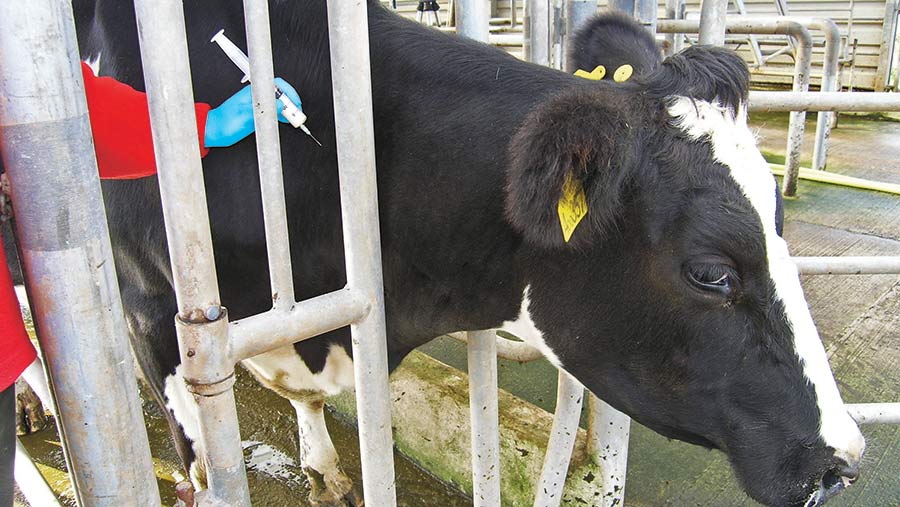 “Turn the head away from the handler, so the muscle can be felt on the curve of the neck, and inject deep into it. Aim for about midway between the crest and the bottom of the neck, about half-way along the neck,’’ he advises.

Although the rump is a good accessible area to inject, injecting here can lead to scarring and possible abscess formation, spoiling a valuable cut of meat.

Care should also be taken when injecting in the neck because skin damage can cause lumps and these can be confused with positive reactions to the TB test.

Always adhere to the medicine label for which method to use and carefully follow instructions.

The volume of the dose and the syringeability of the product will dictate the size of needle used. But as a rule, always use the thinnest possible needle within these criteria to cause the least pain.

The larger the dose the bigger the needle required, because there is more risk of the cow moving when a dose takes longer to administer; in this situation, thin needles are more likely to break. 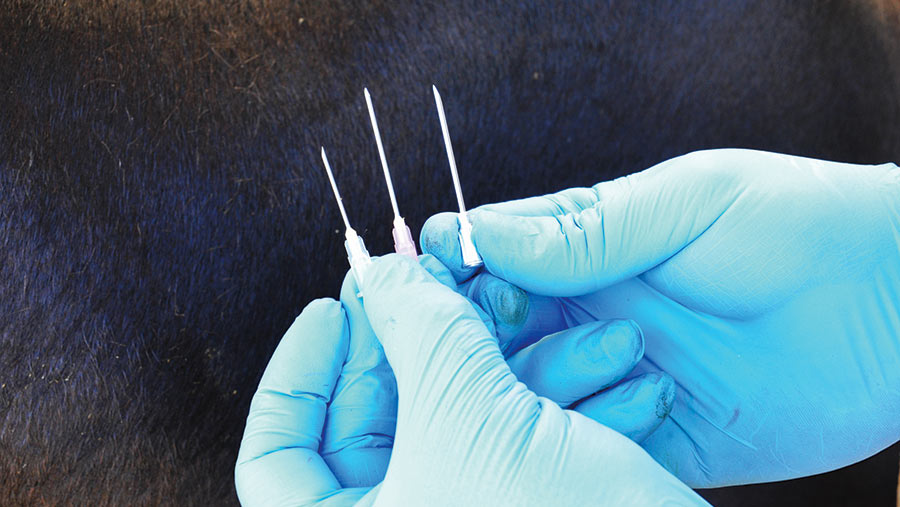 Three sizes of needle are generally used – from the thickest at 16 gauge to the thinnest at 19 gauge, with an 18 gauge in between.

For most standard 2ml doses of medicine, Mr John advises a 19 gauge.

“It will easily syringe the product,’’ he says.

However, he says a 16 gauge needle should be used if administering a bigger dose, such as 30ml.

The length of the needle is important – 1 inch and 1.5 inch are the most common.

Generally, when administering a subcutaneous injection, the needle should be shorter.

“With a longer needle the danger of self-injection is greater because there is a risk of it coming through the skin,’’ Mr John warns.

A shorter needle used subcutaneously will prevent it going into the animal’s muscle or bone.

For larger doses and intramuscular injections, use a 1.5 inch needle; these can also go deeper into the muscle.

Consider needle type too. “All-metal needles are safer because they are less likely to break, needles with a plastic hub and metal attachment are generally weaker,’’ says Mr John.

If a needle does break seek guidance from the Farm Assurance Broken Needles Policy (PDF).

Use an auto-injector if treating a large group of cattle that are not individually restrained.

4. Sterilise equipment and make sure the injection site is clean

“It is particularly important to sterilise needles that are being used intravenously, for instance in treating milk fever, because there is a greater risk of introducing infection,’’ says Mr John.

Needles should never be re-used because this increases the risk of infection and, as the needle becomes blunt, it can damage tissue, which gives rise to abscesses.

Equally, a very large volume of medicine can also result in abscesses because it causes pressure inside the tissue and kills body cells. If too many are killed, the body can’t cope and an abscess forms.

Fresh needles should be stored in a locked cupboard and used needles kept in a special ‘sharps’ container which can be supplied by a vet.