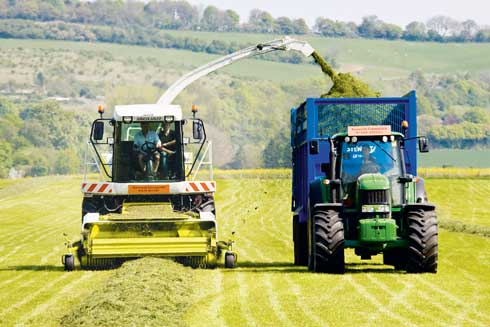 Using an inoculant that includes an enzyme on first cut grass this season will help release sugars and improve fermentation.

The role of silage additives in boosting livestock performance were up for discussion at a recent press briefing with Chr Hansen. Aly Balsom reports from Copenhagen

According to Christer Ohlsson, global product manager at Chr Hansen, most European farmers are experiencing about 18% dry matter losses in an untreated clamp.

“The main reason to use an inoculant is to increase profitability,” he said. “Without looking at milk yield increase from improved silage, the reduction in dry matter losses is enough to easily pay for the price of an inoculant.”

He explained how using silage additive had been shown to bring a three to five times return on investment and result in an increase in average daily liveweight gain or milk yield of 3-5%.

“Inoculants can also reduce protein degradation by 15-20% – something which is even more important in light of high protein prices.”

The aim of a silage additive is to quickly increase the level of “friendly” lactic acid bacteria and decrease pH quickly. Slow pH reduction would allow spoilage organisms to grow.

“The greatest reason for silage dry matter losses is through heating, but you can still have losses in cool silage that are not as visible.”

Mr Ohlsson said consistent silage quality was also very important. “Often silage may not be of the highest quality, but it is of even quality. As soon as you make changes to consistency, it will be reflected in poor cow health.”

By using an additive, hygiene can be improved, and mycotoxin risk reduced.

However in order to get the most benefit, it was important to select the right additive for each crop.

“For a high-sugar, low-protein, dry crop, you will need an additive that will fight fungal growth. In this case you could chose a combination product to improve aerobic stability.”

In a low-sugar, high-protein, wet crop, an additive that will improve fermentation will be needed.

“An additive that improves animal performance is of most value to the farmer. Improved aerobic stability will allow an animal to eat more, but improved stability alone will result in a limited return on investment.”

Andrew May from Agrinexus said selecting the right inoculant was not about the number of bacteria in the product. “Two million cfu is not necessarily better than 200,000cfu. Ask your supplier for product performance results and how quickly inoculants reduce silage pH.

“Two strains of bacteria can act very differently in silage.”

“We don’t have a magic solution to silage, but an inoculant will improve silage as long as you are doing everything else right. They are not an excuse for poor management.”

Is it profitable to use an inoculant?

• Reduction in ammonium nitrate levels from 9% to 6%

Visit our dedicated silage page to read advice, features and factsheets on getting the most from silage this year. You can also ask a host of silage experts your questions on our forums.

How to boost fermentation 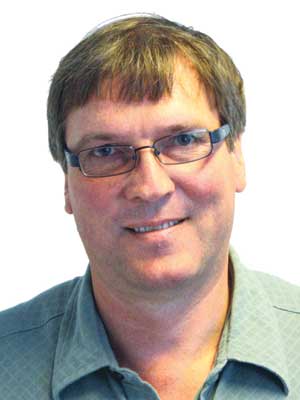 The addition of silage enzymes may help improve fermentation this season, according to Andrew May from Agrinexus – the only distributors of Chr Hansen inoculants and probiotics in the UK.

“We are seeing low sugars in first-cut silage this year, which is likely to be one of the main constraints of untreated silage,” he said.

Introducing enzymes can help release usually unavailable sugars, so using an inoculant which includes an enzyme can improve quality.

Mr May stressed that although an inoculant would aid fermentation in a wet year, it would have limited action. Using it in good conditions would give a better return on investment.

Christer Ohlsson, of Chr Hansen (pictured), continued: “It is a matter of looking at the crop and assigning the best strategy. Appropriate treatment will vary cut to cut and year to year, but by paying attention you can get something better.”

A new technology will enable the silage clamp to speak directly to the farmer and alert him to specific problems in the pit.

SensSilage is made up of a series of sensors that are placed throughout the silage clamp and record any changes in temperature.

Chr Hensen junior product manager Mai-Brit Voss explained: “A system of 30 sensors will be needed for a 250m2 stack for example. Information is passed between sensors and to the base station.

“If, for example there is a 2C increase in temperature, the farmer will get an alarm on his phone to inform him of the problem.”

The fact the sensors communicate with each other allows the exact location of any “hot spot” to be located, and action to be taken. For example, heating may be linked to an area of the clamp where birds have pecked through the cover – consequently a farmer will be able to patch it up.

However, Miss Voss said the main benefit of the system was as a learning tool for future silage management.

“One farmer using the system suddenly saw a peak in temperature from sensors positioned near to the cutting face. The conclusion was he was not removing enough at feed out.”

As a result, management practice was changed so silage was taken from two, rather than three clamps.

Such heating at the face may also be linked to a clamp being too wide, so in the future the decision may be made to reduce clamp size.

“Data from the system can also be used as evidence of poor consolidation or as a quality parameter when selling silage,” she said.

The sensors are large enough and resilient enough to be put in the mixer wagon and fed out in the ration without causing any issues to machinery or livestock.

The system is being used by Danish producers for the first time this year, at a cost of about £600 a year to rent the system.

Analysis of contamination in fresh forage could ensure the best silage

Hygiene analyses of fresh forage close to harvest could give producers valuable information on how to get the most from the crop at ensiling.

Knowing the level of contamination in the fresh crop could give an indication of how well it will ferment and alert producers to potential problems, said Andrew May of Agrinexus.

And according to Mr May, the level of contamination in fresh forage could be a lot higher than expected.

“Early, cool springs have encouraged fungi growth, which will proliferate when temperatures get warmer,” he said.

“Fresh maize forage analyses at a farm in Devon found a surprisingly high level of contamination pre-harvest. For example, the crop had 2,600,000 cfu/g of yeast, when the ideal should be below 100,000 cfu/g.”

When a risk is highlighted in the fresh crop, management decisions can be made accordingly, such as chopping the crop shorter, selecting an additive or putting less in the clamp to increase the emptying rate.

“I would recommend doing these tests as close to harvest as possible – about 7-10 days before cutting,” he said.

“The test may seem expensive at about £85, but considering the price of potential losses, it is well worth it.” 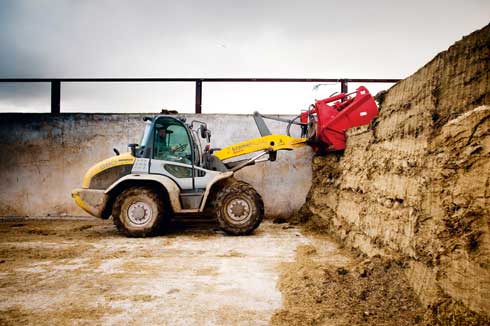 The greatest reason for silage dry matter losses is through heating, but you can still have losses in cool silage that are not as visible.

Clamp management has failed to keep up with increased capacity in the field, resulting in poor aerobic stability on many farms.

Mr Ohlsson said capacity in the field may have doubled over the last 10 years, but consequently, clamp consolidation had suffered as the team on the clamp could not keep up.

A modelling study carried out by the University of Wisconsin showed a compaction of 700kg/m3 on fresh silage was needed to reduce the impact of poor aerobic stability. However Mr Ohlsson said a level of 500-600kg/m3 was more the norm on most farms.

“Dry crops will also have higher porosity (air spaces). For example some ryegrass crops last year had 50-55% DM. So in these cases a compaction of 750kg/m3 will be necessary and it would be recommendable to cut the crop shorter.”